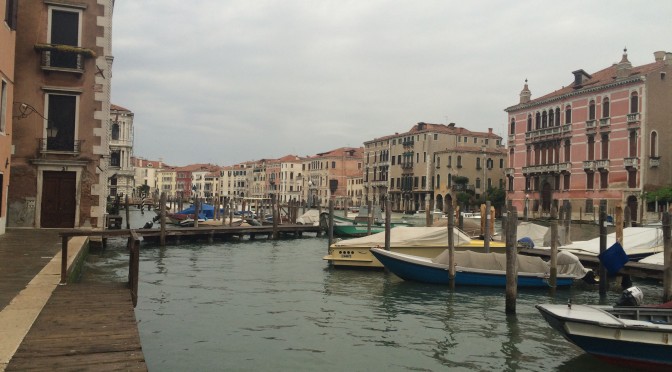 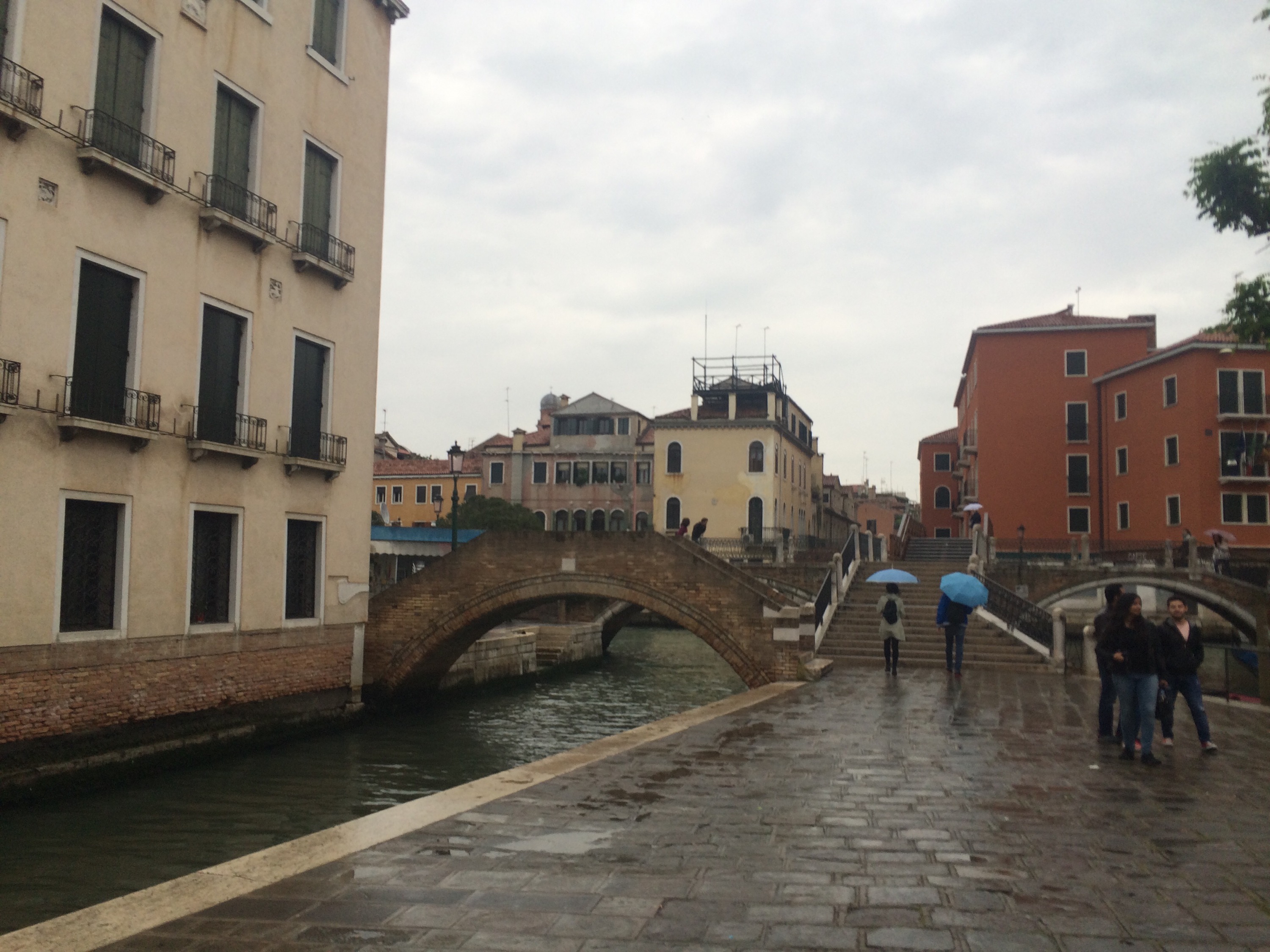 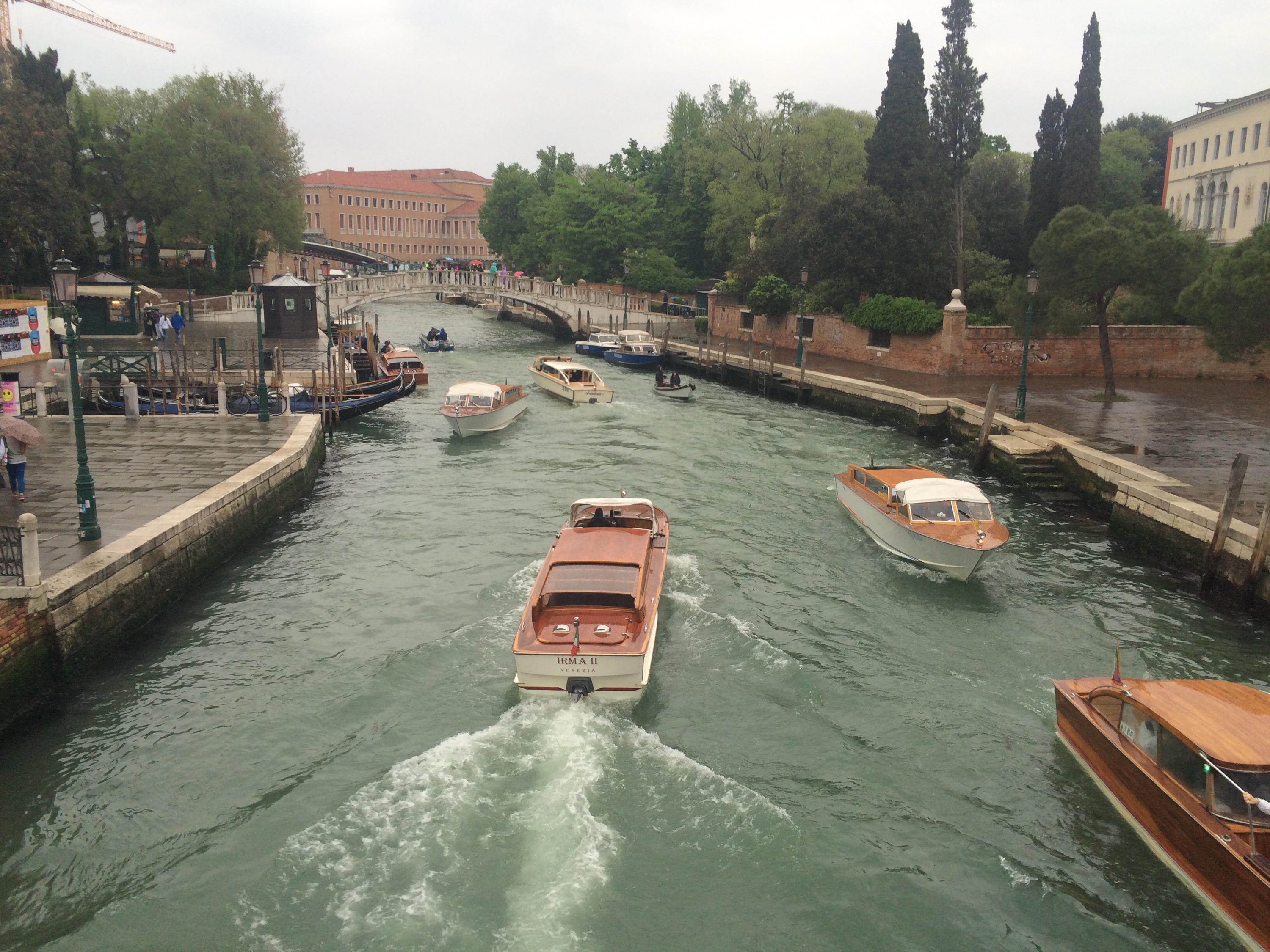 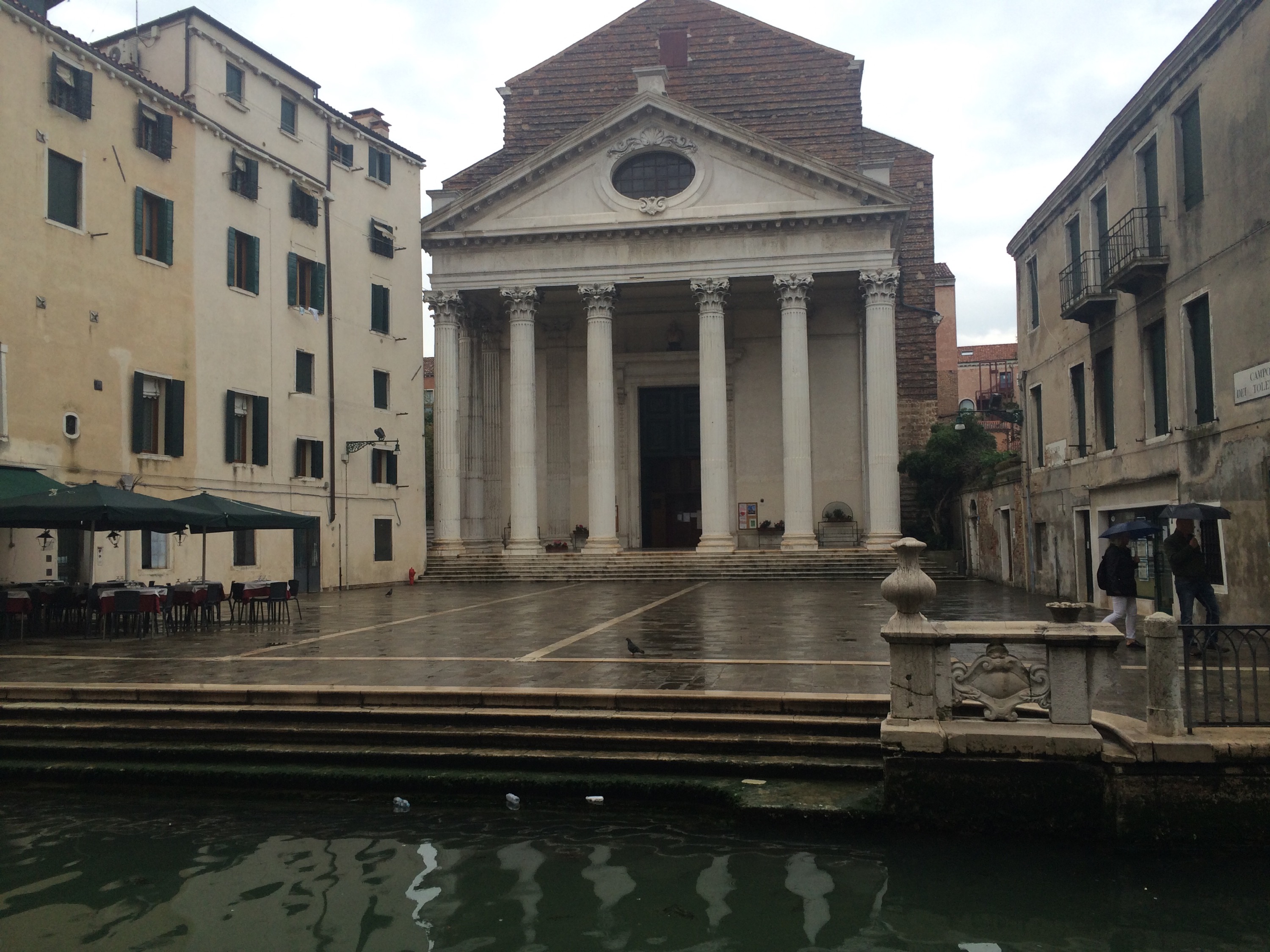 After Salzberg, the plans that I set were very up in the air. Being that Italy was a lot more expensive than the last couple of countries I was in, I was very worried that it was going to hurt my budget that i set for myself. So at the last minute I decided to try to book a hostel in Venice, not a very easy thing to do! I somehow found a campsite that had opening spots. So with that booked It, jumped on the train and headed towards Italy. Once on the first train I started to wonder if I needed reservations for these two trains going to Venice. The first train was fine it wasn’t that packed, but the second train was and I couldn’t find a spot. So I sat at the minibar car of the train and slowly ordered food for the next 2 1/2 hours the guy finally checked my ticket and said that I needed a reservation and I told him “why don’t I just sit here” with a big smile on my face. He nodded and told me to enjoy my meal. 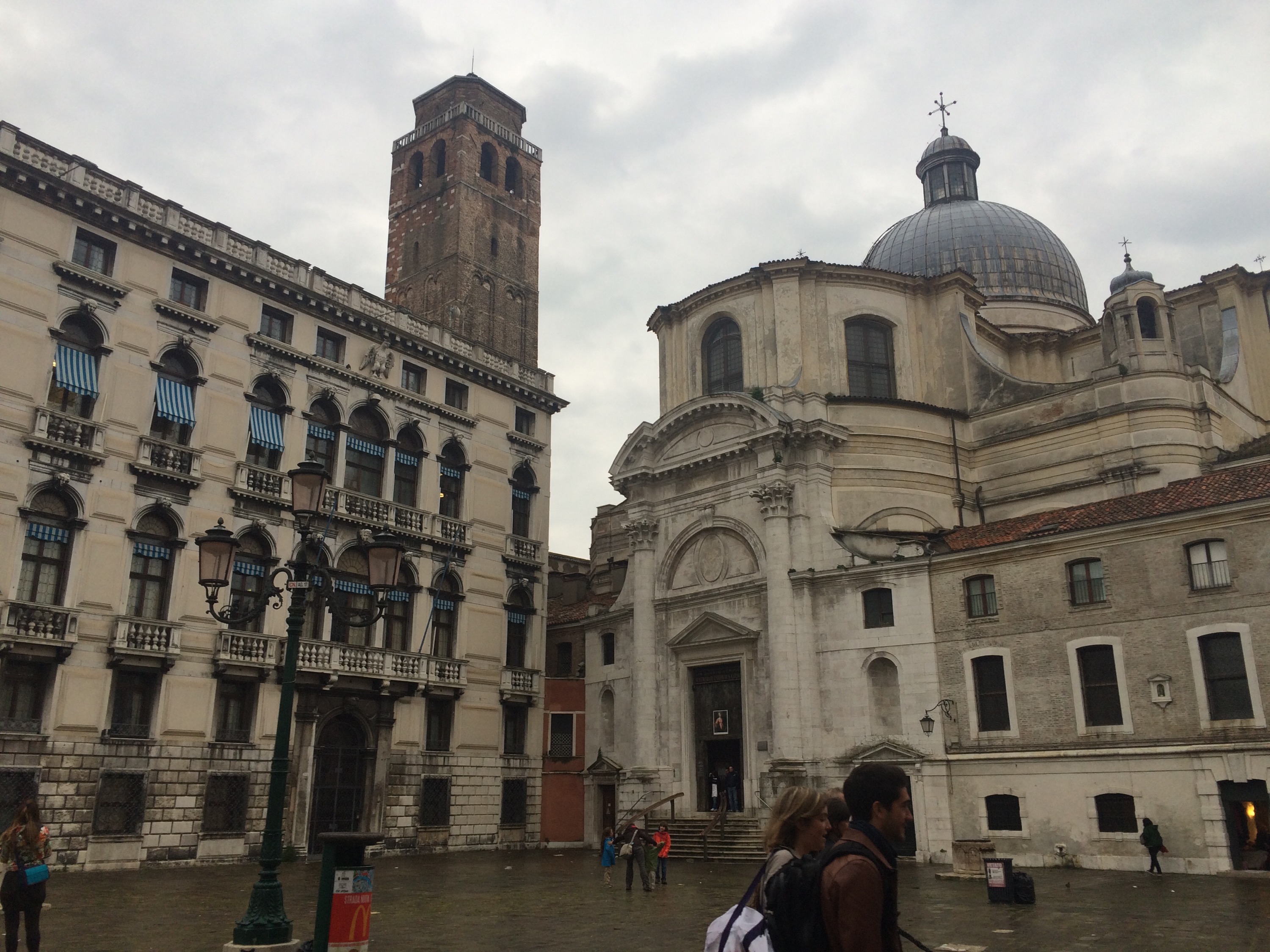 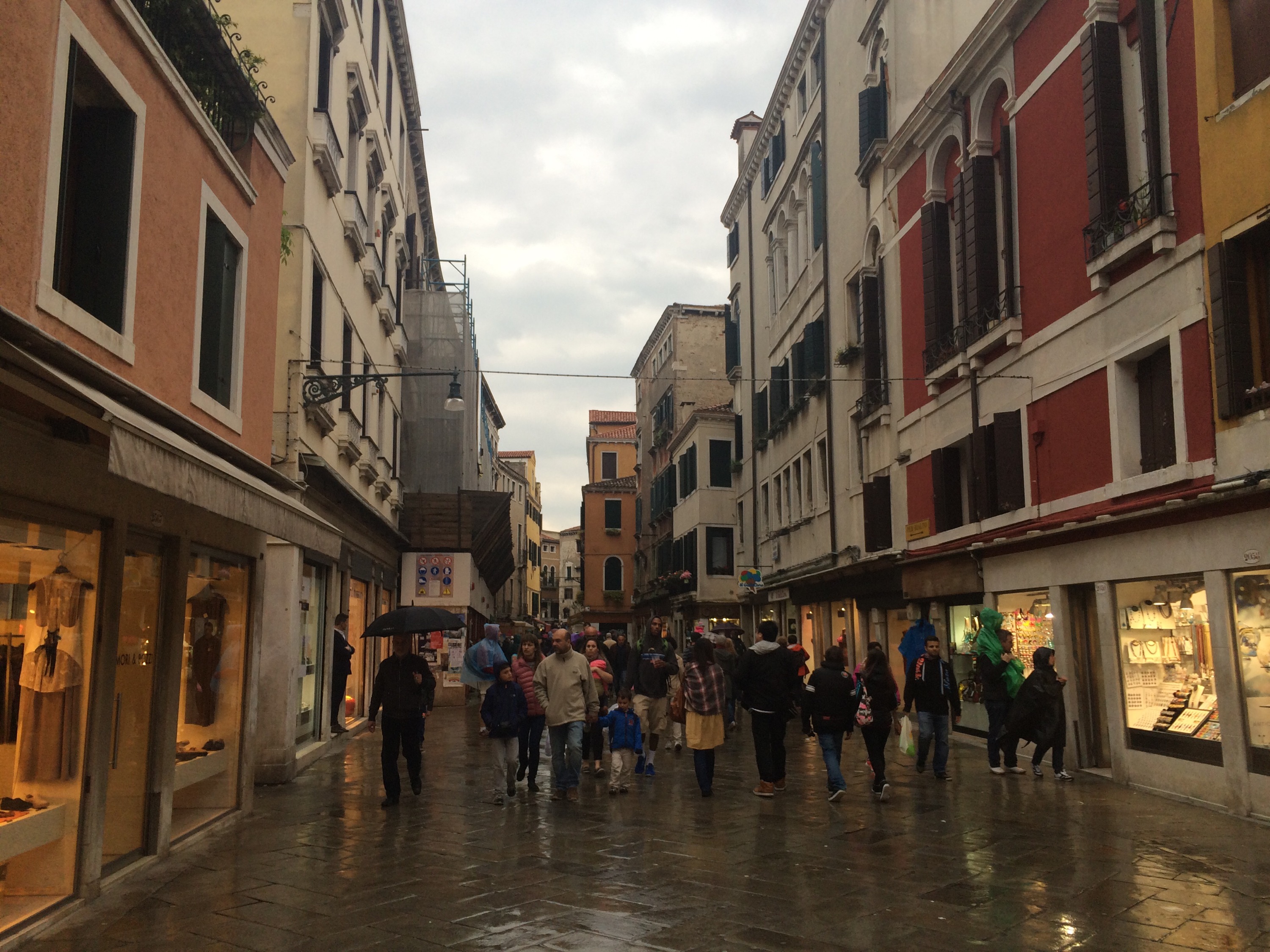 Fresh off the train in Venice I noticed quickly at the train station is kind of dropped into the ghetto, but unlike the other times, it was during the afternoon. So I decided to start walking to my camp/hostel. For about a half mile everything was okay but I got lost, turned around and grab a taxi that was a little overpriced, but at least I was getting to where I was supposed to be, safely. Checking in to my hostile I noticed that I had a tent instead of a room. It was a 10 x 10 wall tent with one bunkbed and one regular bed. Being that I was the first one in the tent I chose the regular bed. Getting my things ready I decided to go out to Venice which is about an hour bus ride from where I was at. Getting to the island was fairly easy, but walking around it wasn’t so much. It’s very cramped and there is a lot of people there and most people tend to get lost, but luckily I had that in mind. So getting lost on purpose was actually pretty fun. After a while, I started to get bored when I started to find my way back to the bus. It took about an hour to find my way even grabbing one of the most delicious ice cream I’ve ever had, but I was back on the bus heading back to camp. Thinking about Venice on the ride back, I started to realize that it was kind of depressing being that I was by myself and everybody I saw was with somebody. Venice is a very romantic city and being that you’re by yourself, you start to feel a little lonely. 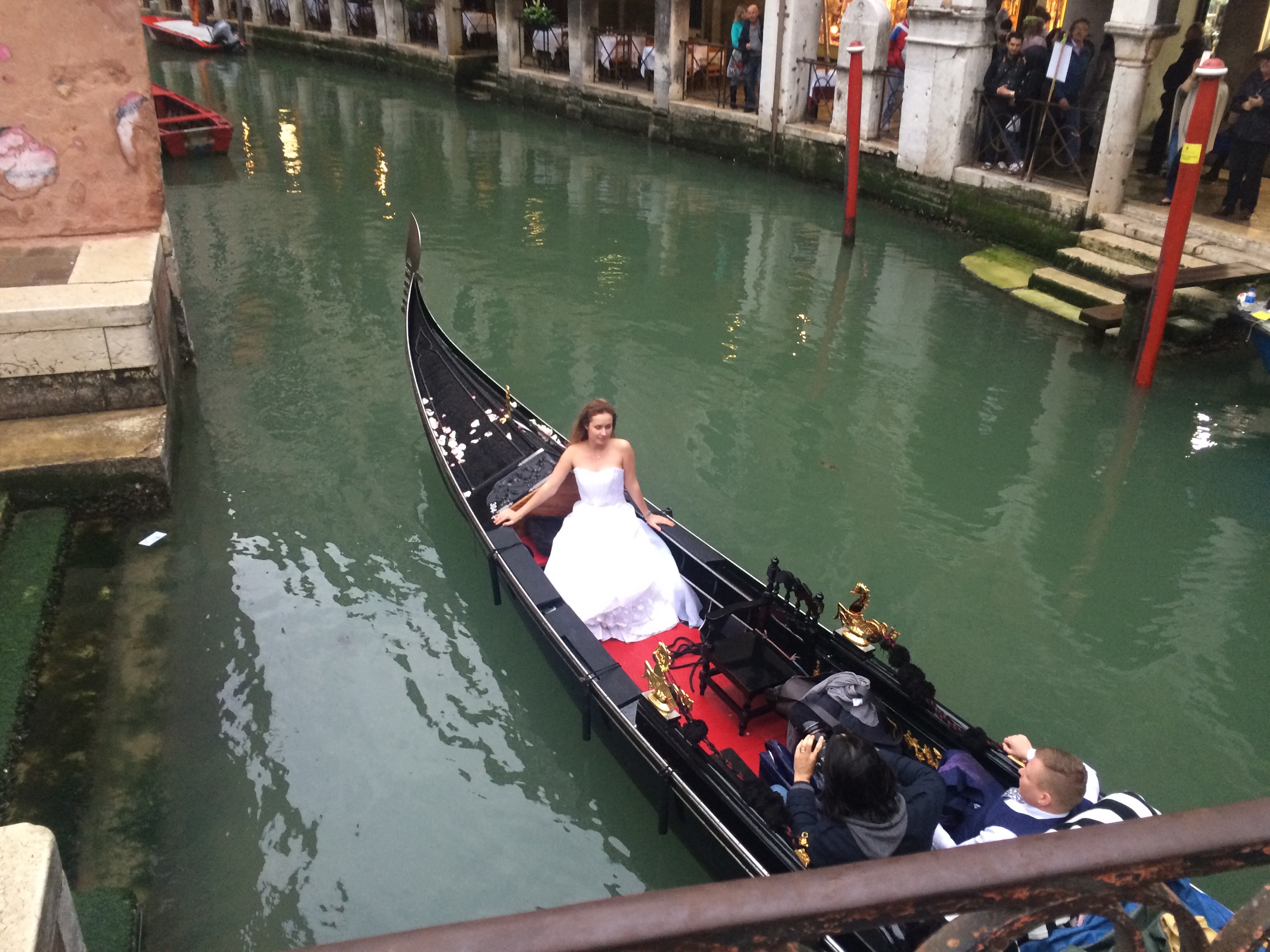 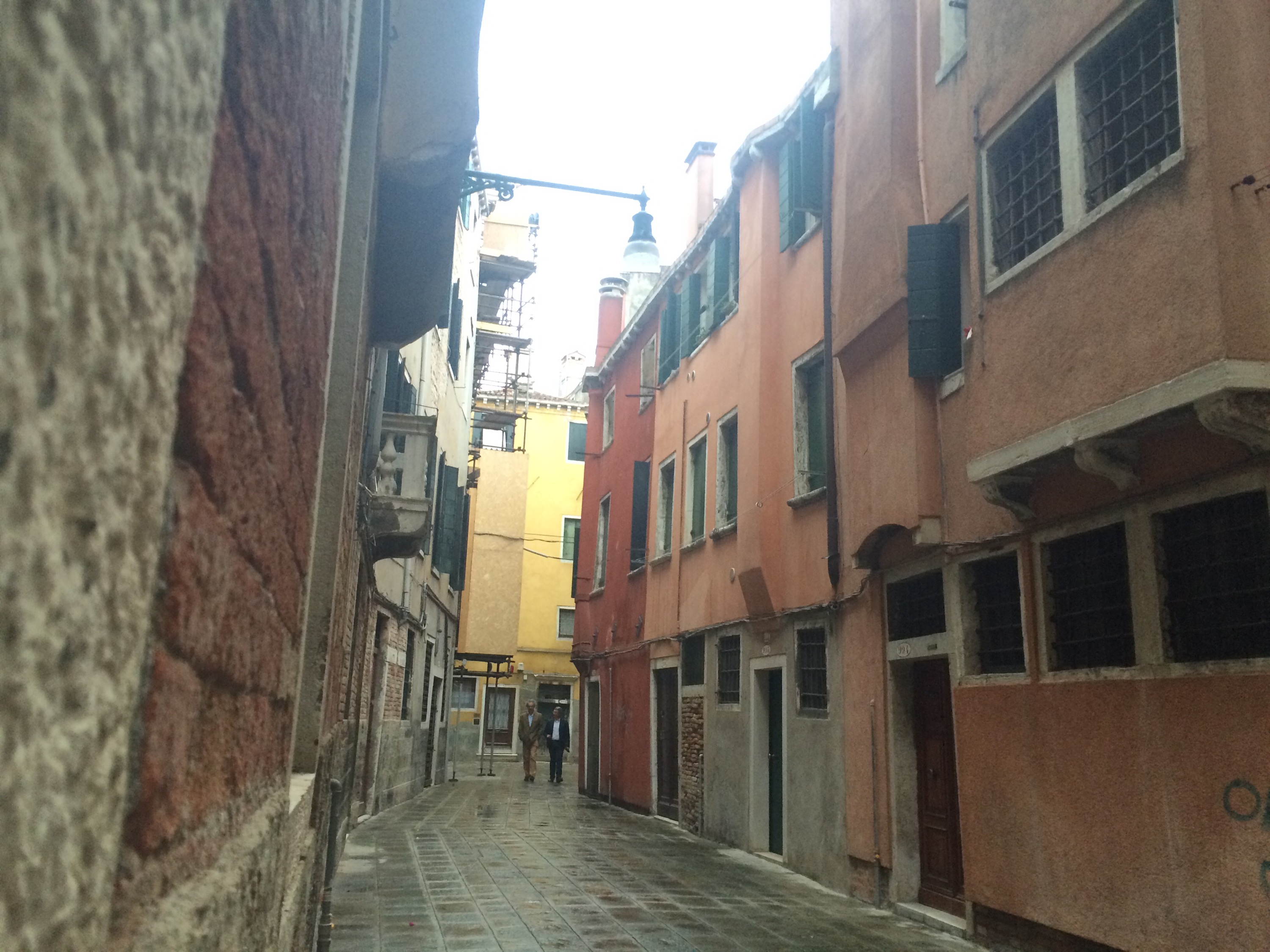 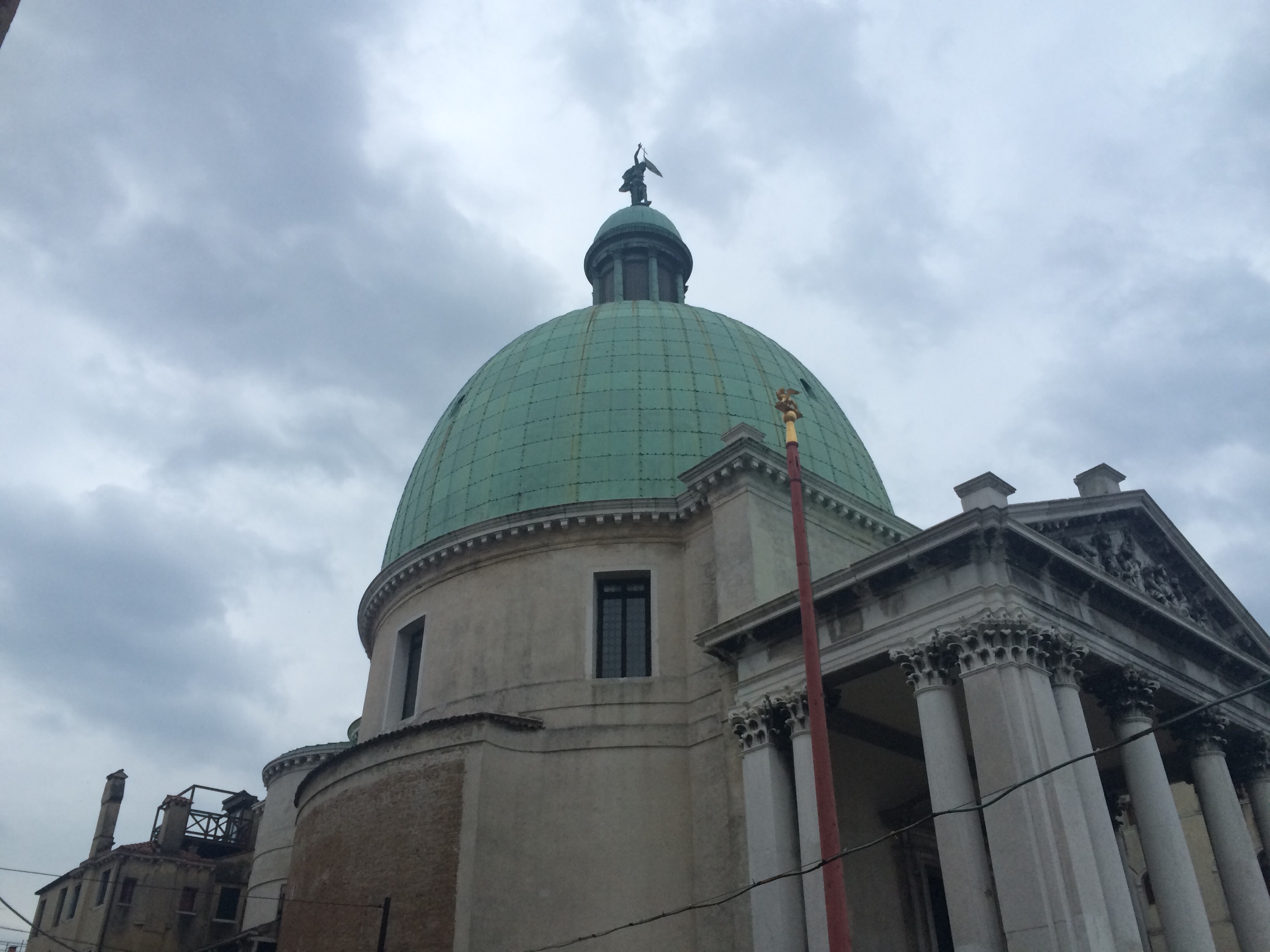 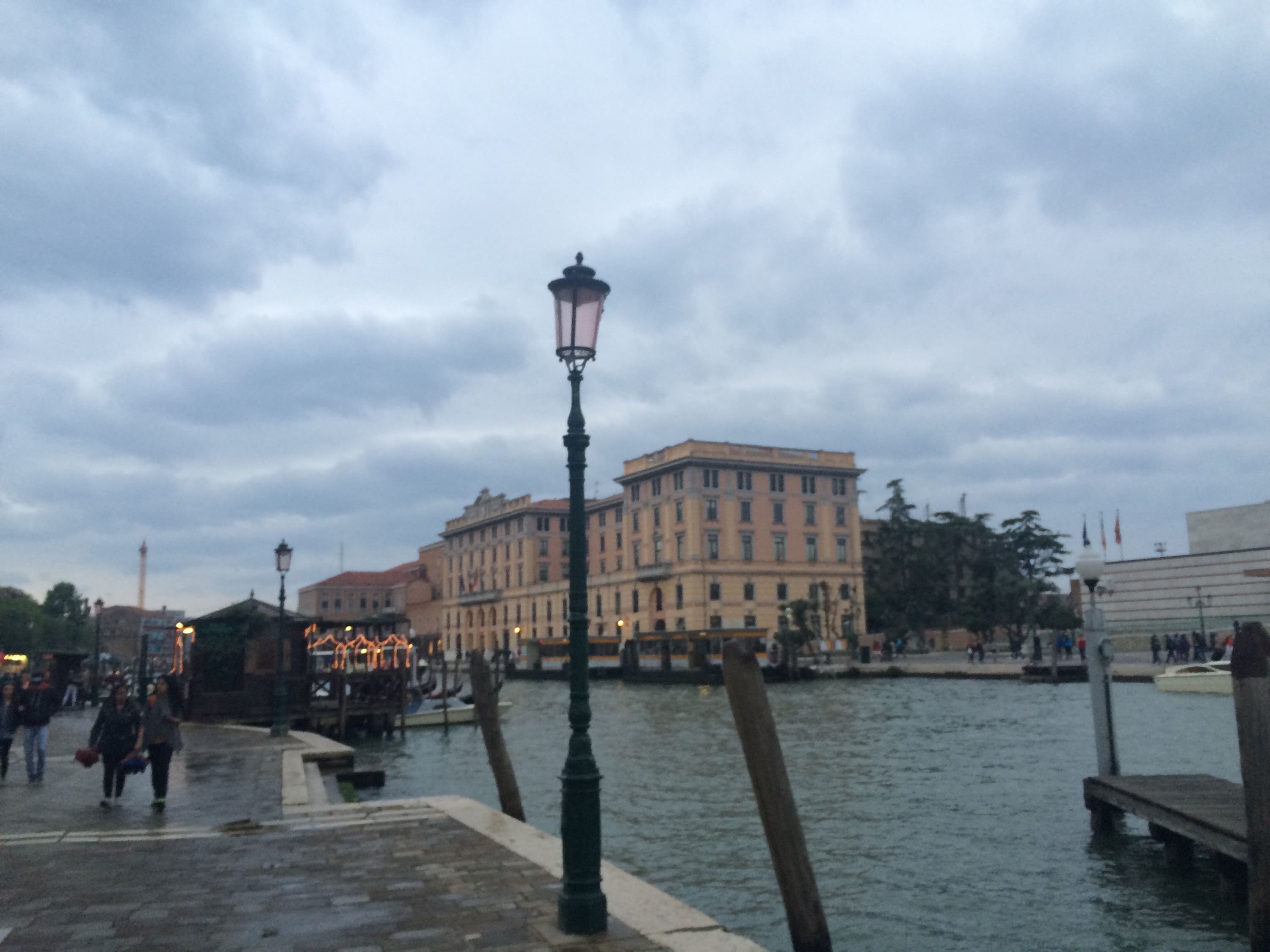 The next day, I woke up not exactly knowing what I was going to do being that I only booked one night. So I started going through my options when I stood up and noticed body laying in the bed next to me with beautiful blue eyes staring at me. She came in at about midnight when i was sleeping. We started talking for a bit and she ask if I wanted to join her to walk through Venice, so I booked the next night there and decided to explore the sinking island again with her. 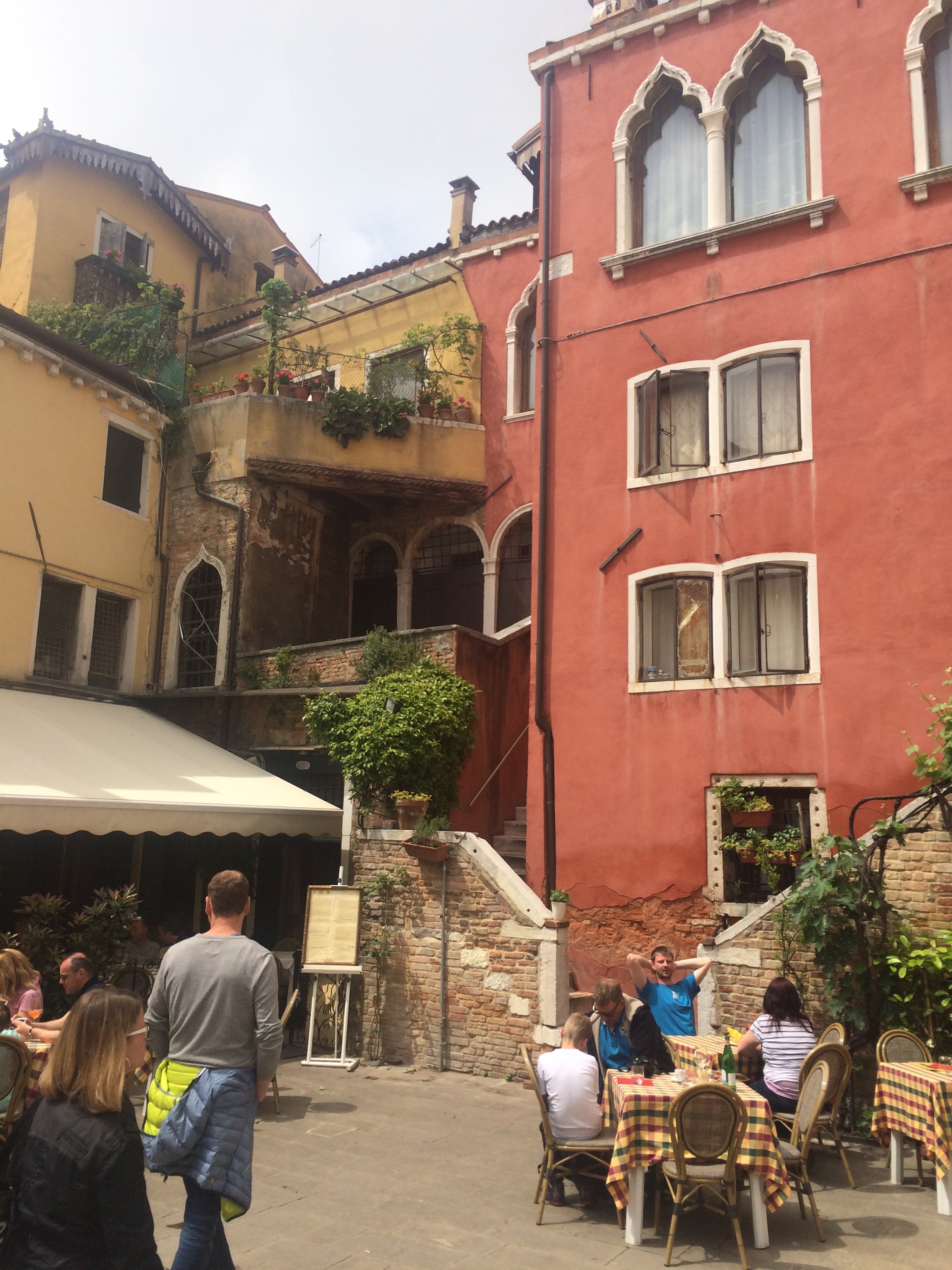 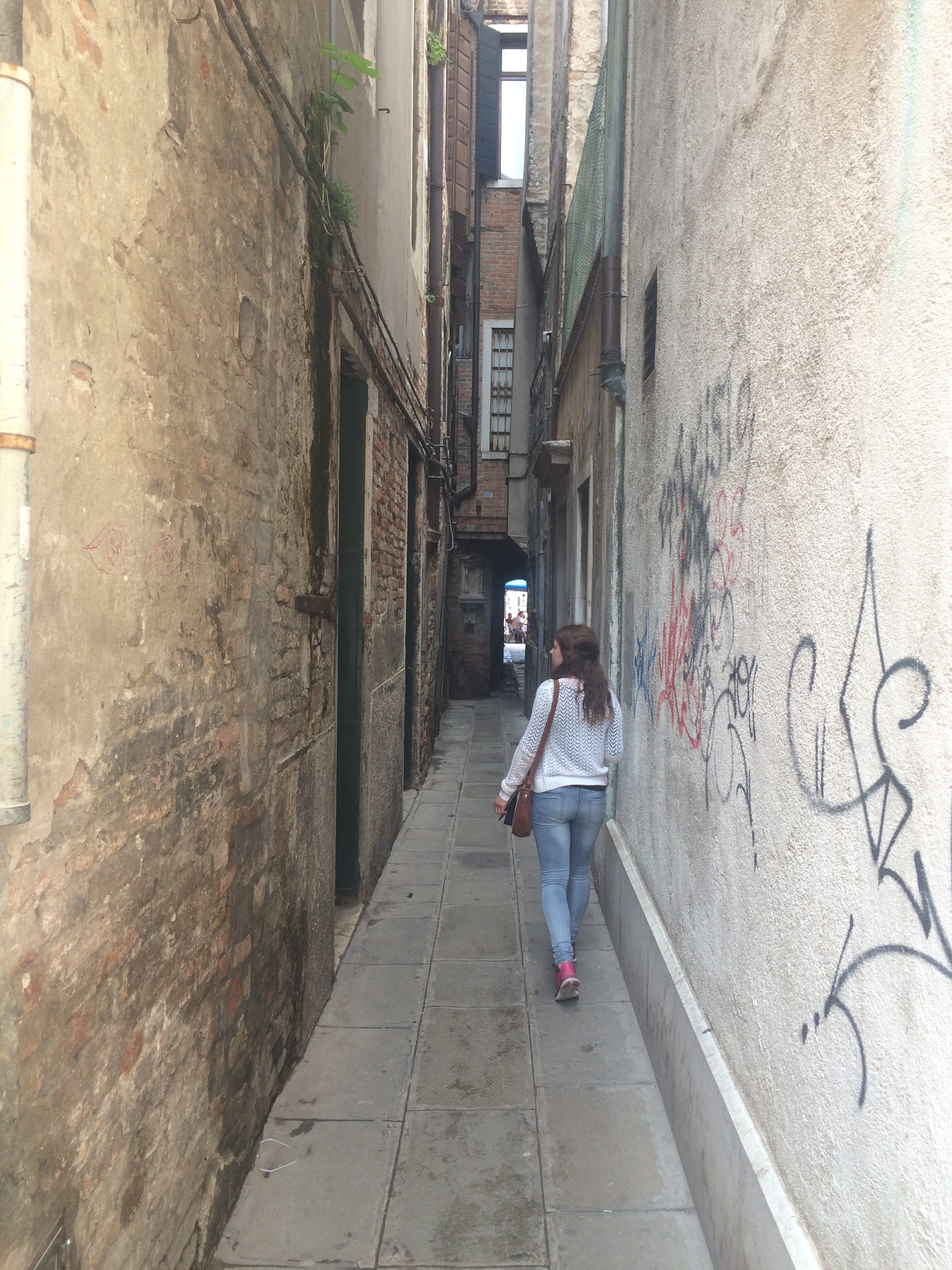 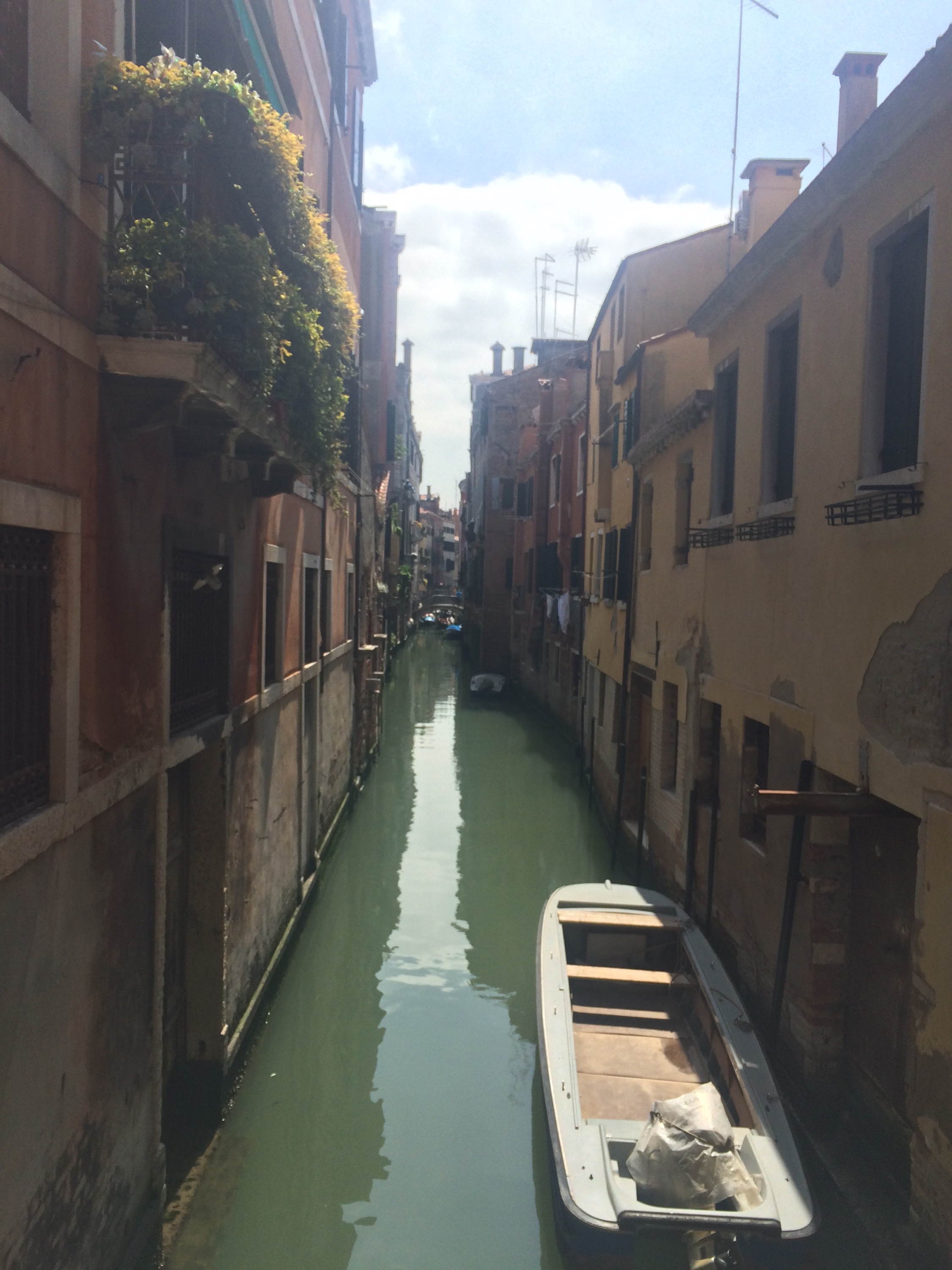 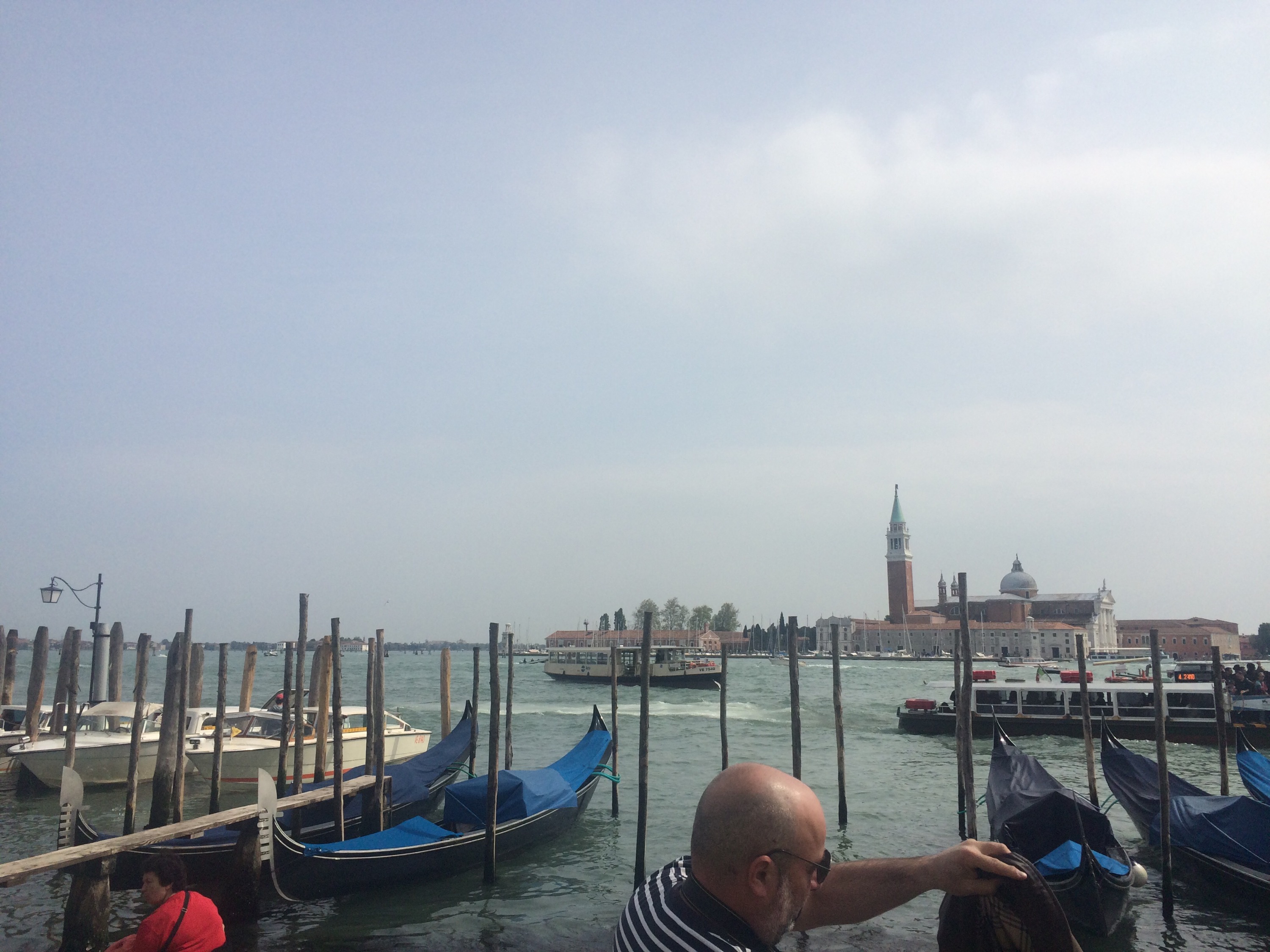 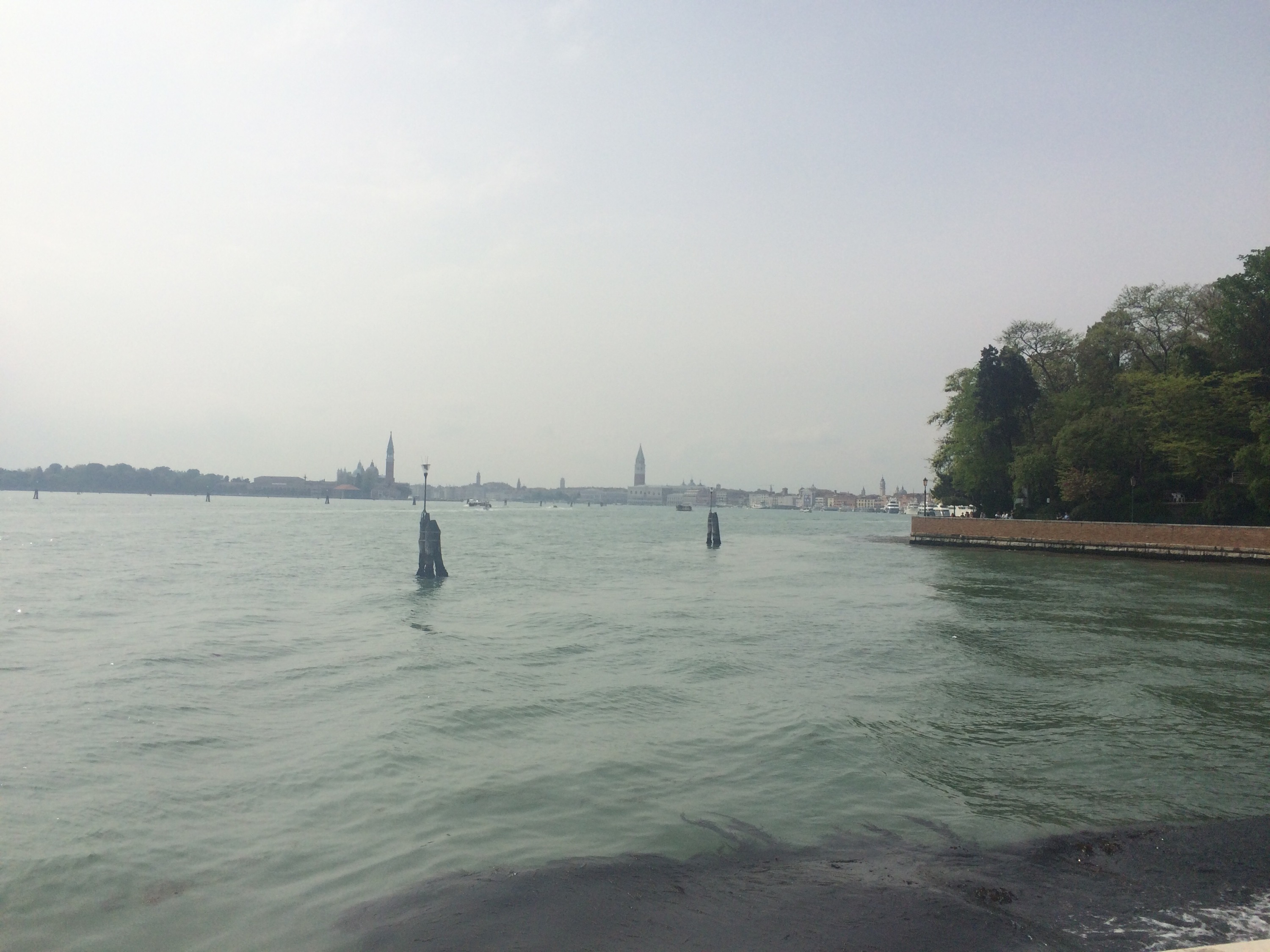 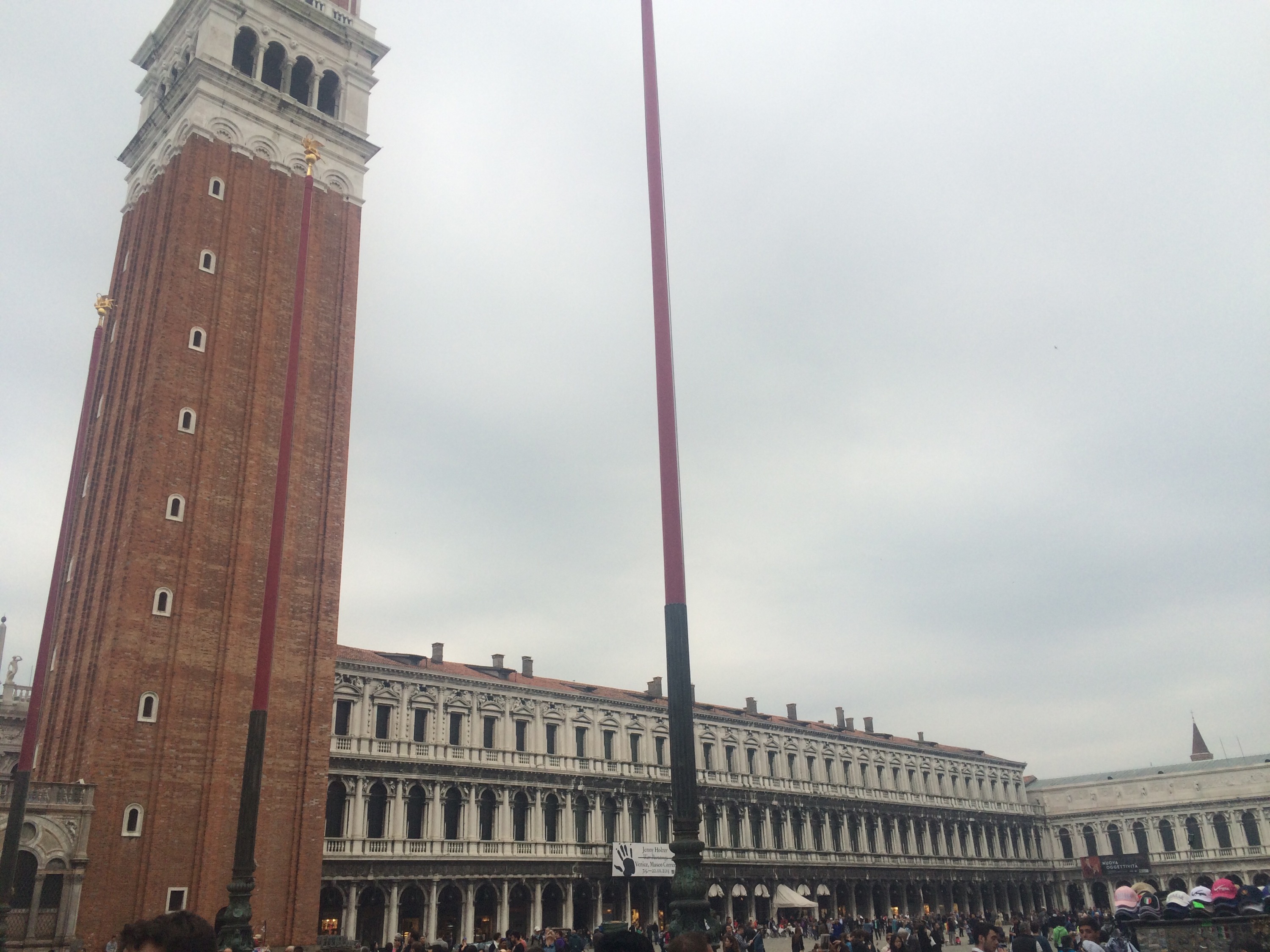 Having company with you while walking through Venice is a big difference being that you’ve got someone to experience this beautiful place with, no matter if it’s someone that you’re romantic with or just a friend that you just met. We had no destination to go to, we pointed on the map that was farthest to us and started walking discovering sights along the way. We walked for mile along that island until it was dark. That night we were so tired, we just past out once we were back to camp. 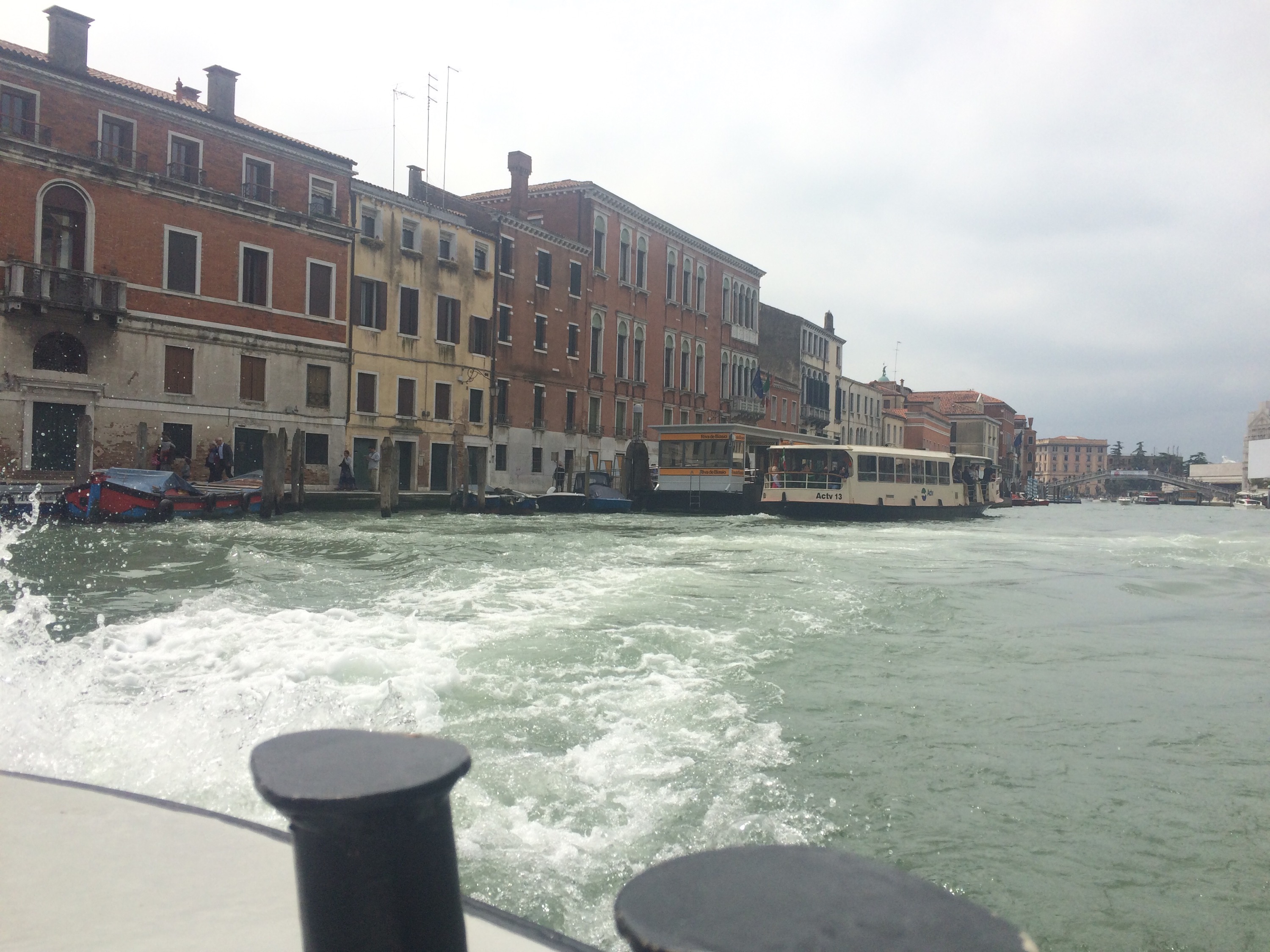 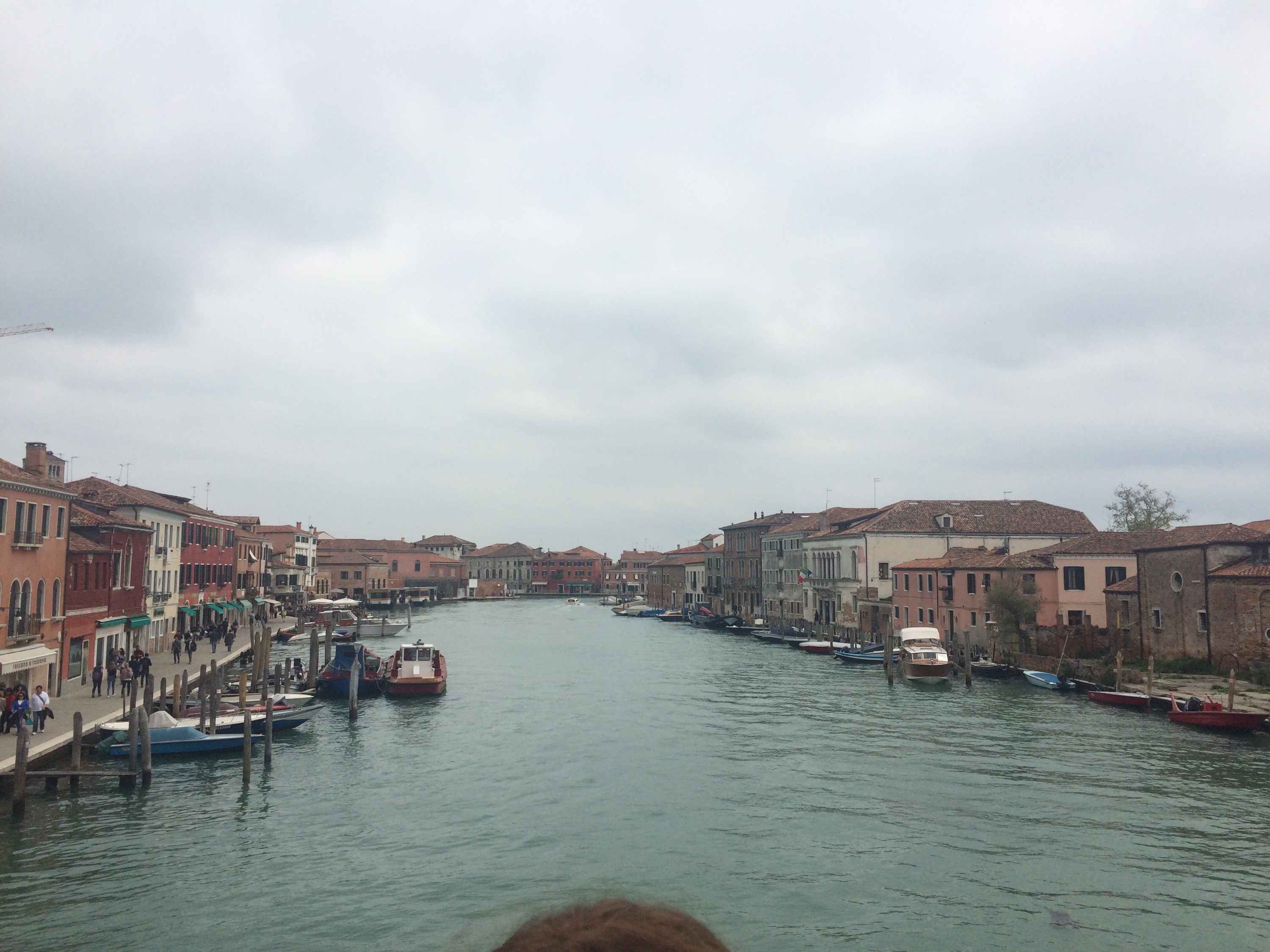 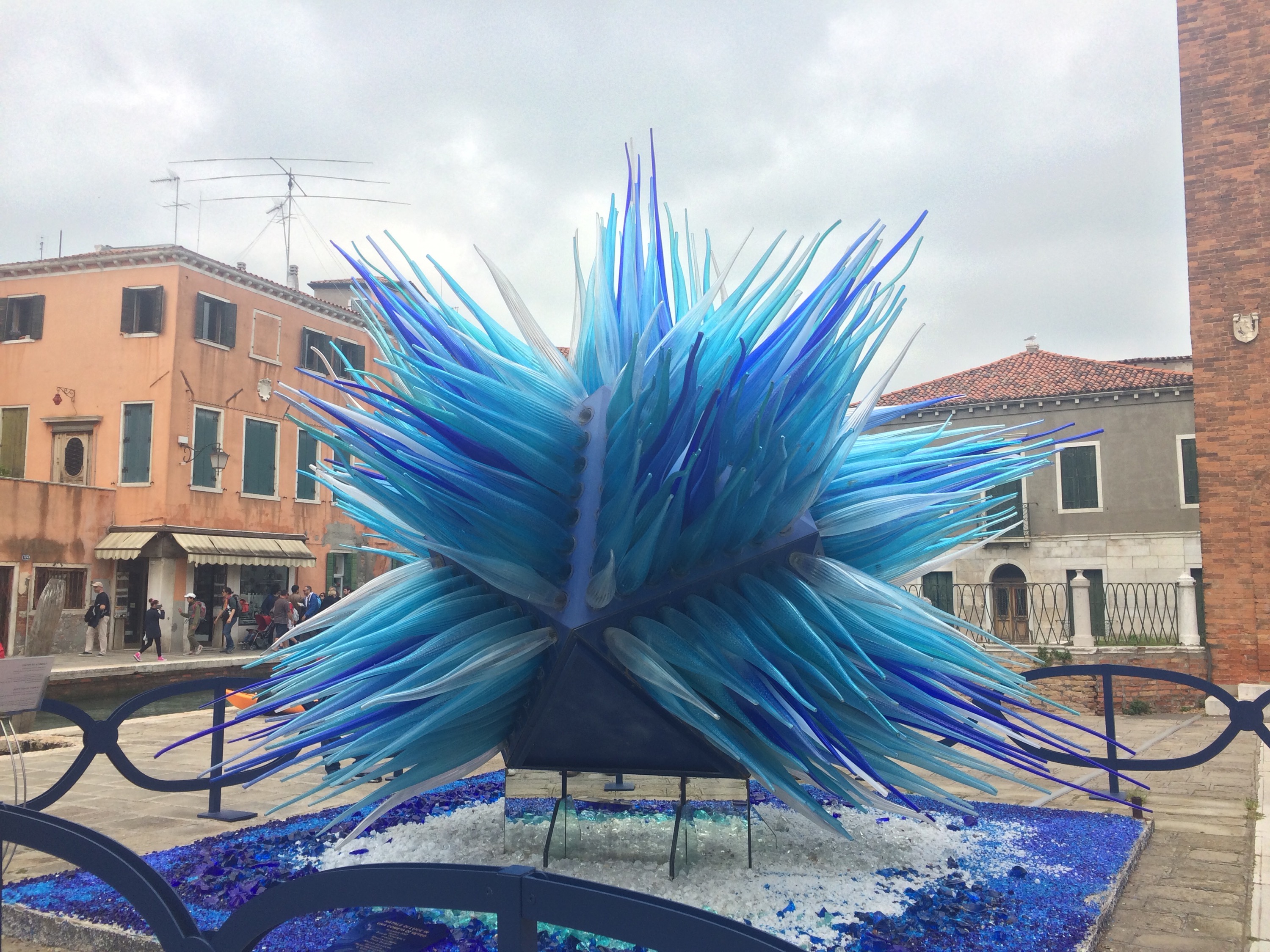 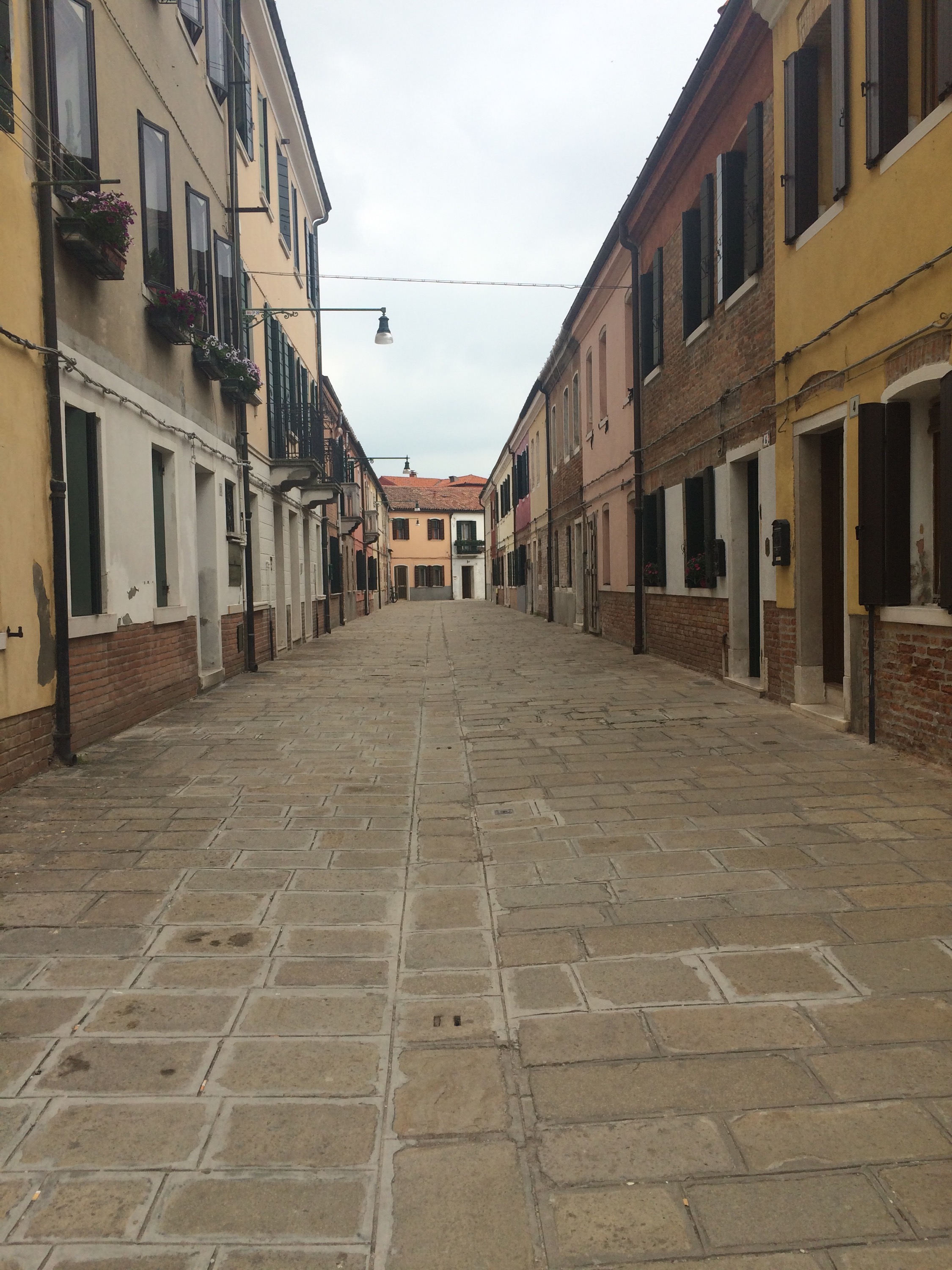 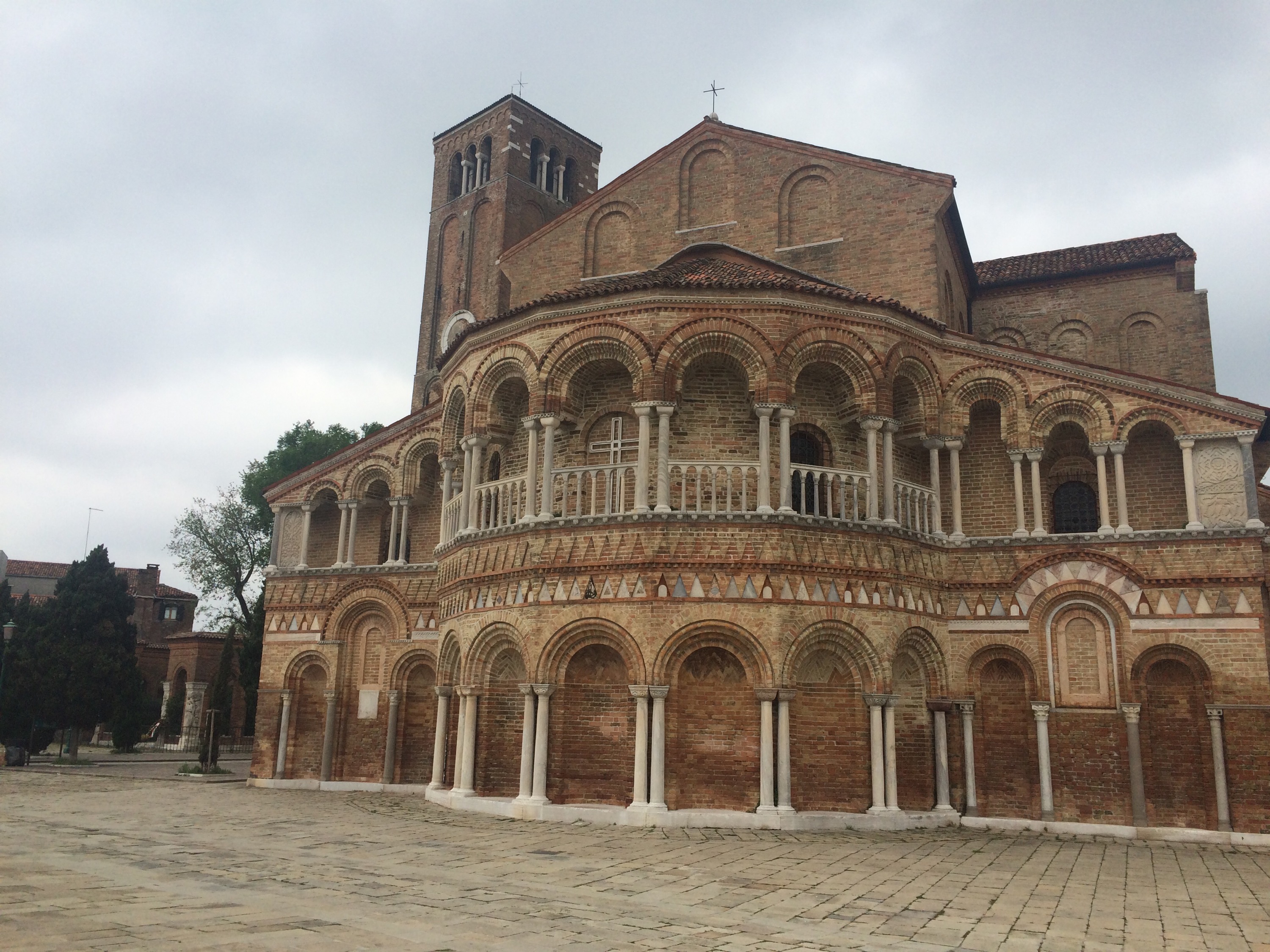 The next day I planned to take a night train to Rome. The original plan was to go to Bologna, Italy to tour the Ferrari and Lamborghini factories, which was a dream of mine, but with the poor planning I had to bypass all that and head straight to Rome. The good thing about taking a train was that I could spend another day to explore. She had plans to go and explore the two islands outside of Venice. Murano and Burano were hidden gems that was a short boat ride away. Having a tough time saying no to my beautiful companion for the weekend I threw my things together and Took another journey to the island. Once back in Venice we jumped on a water taxi and set sail to first island, Murano. It’s a quite small island populated by 5000 residents, that’s known for their glasswork, which is littered throughout the island. After a self tour around Murano, we jumped onto another boat headed towards Burano. This island was well known for its lace fabric, but what I noticed the most was the most colorful houses I have ever seen. 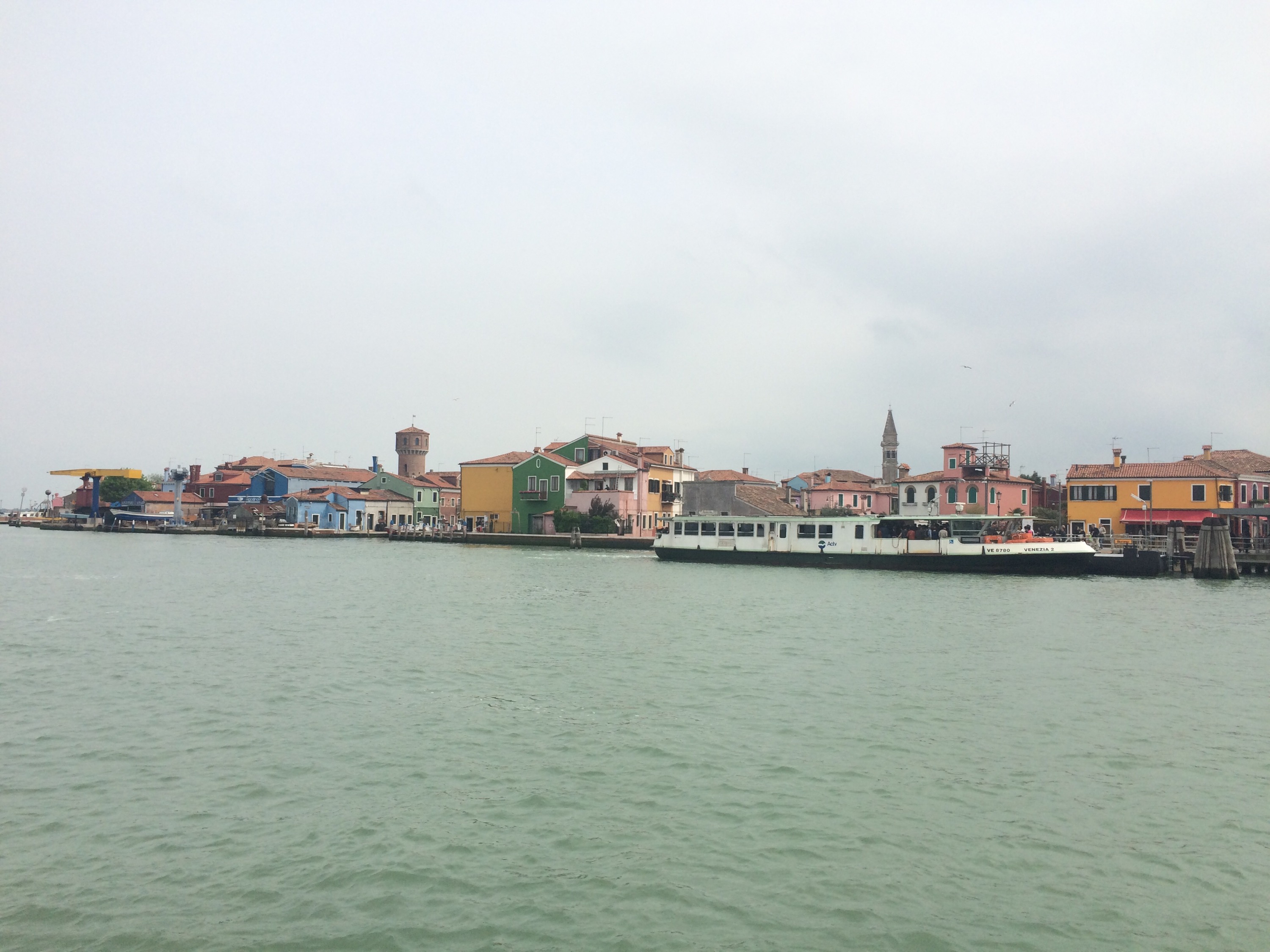 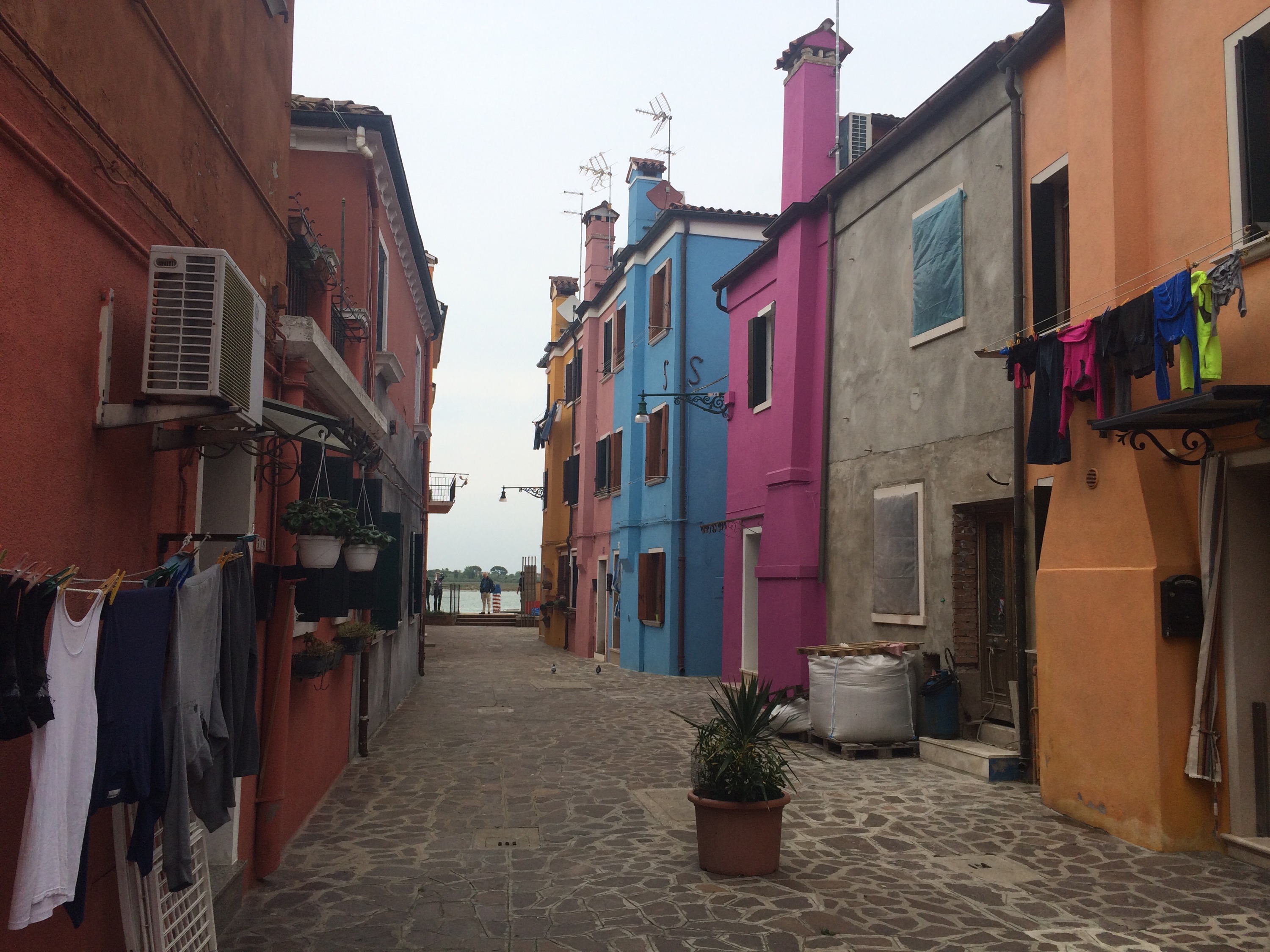 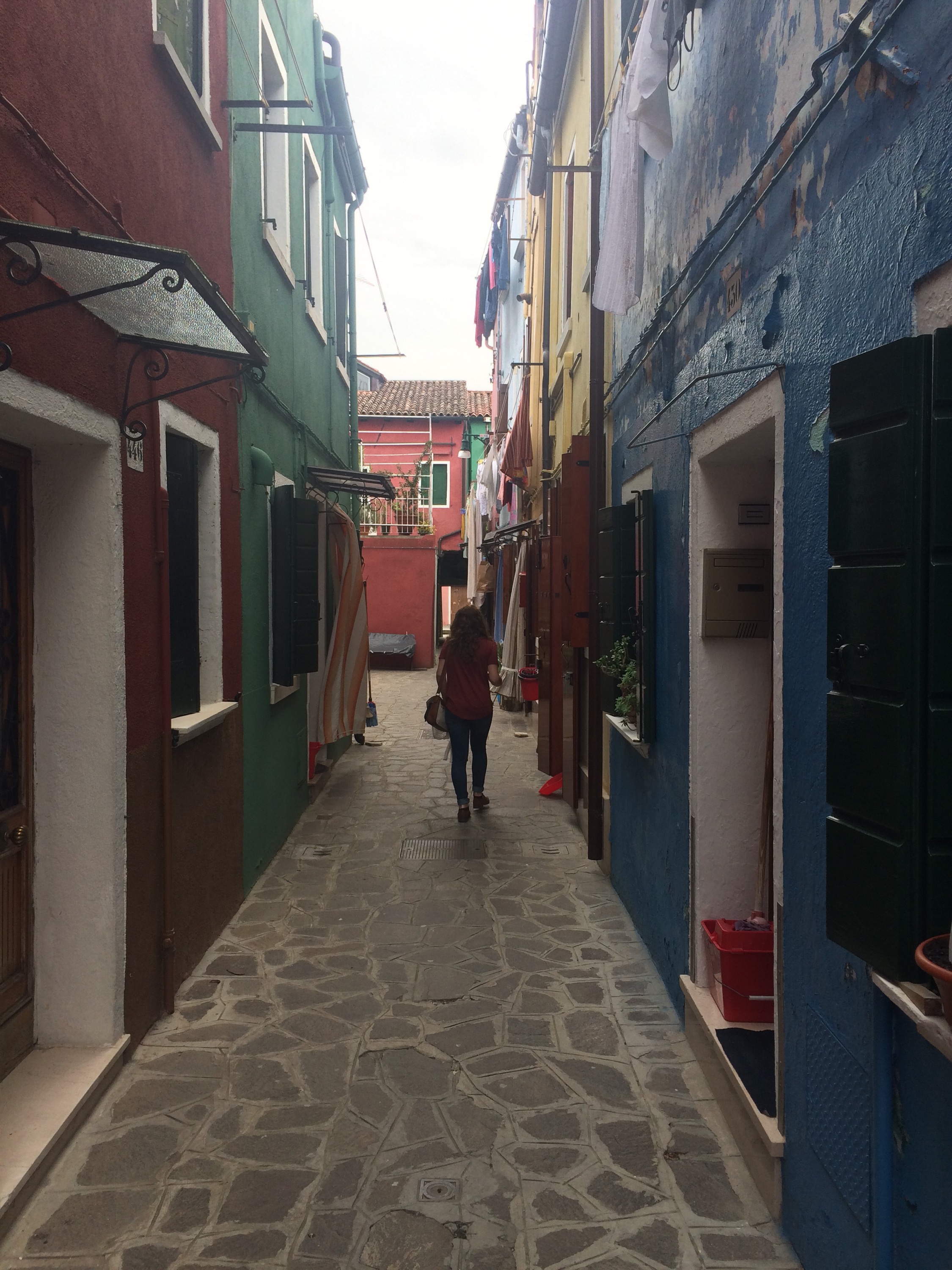 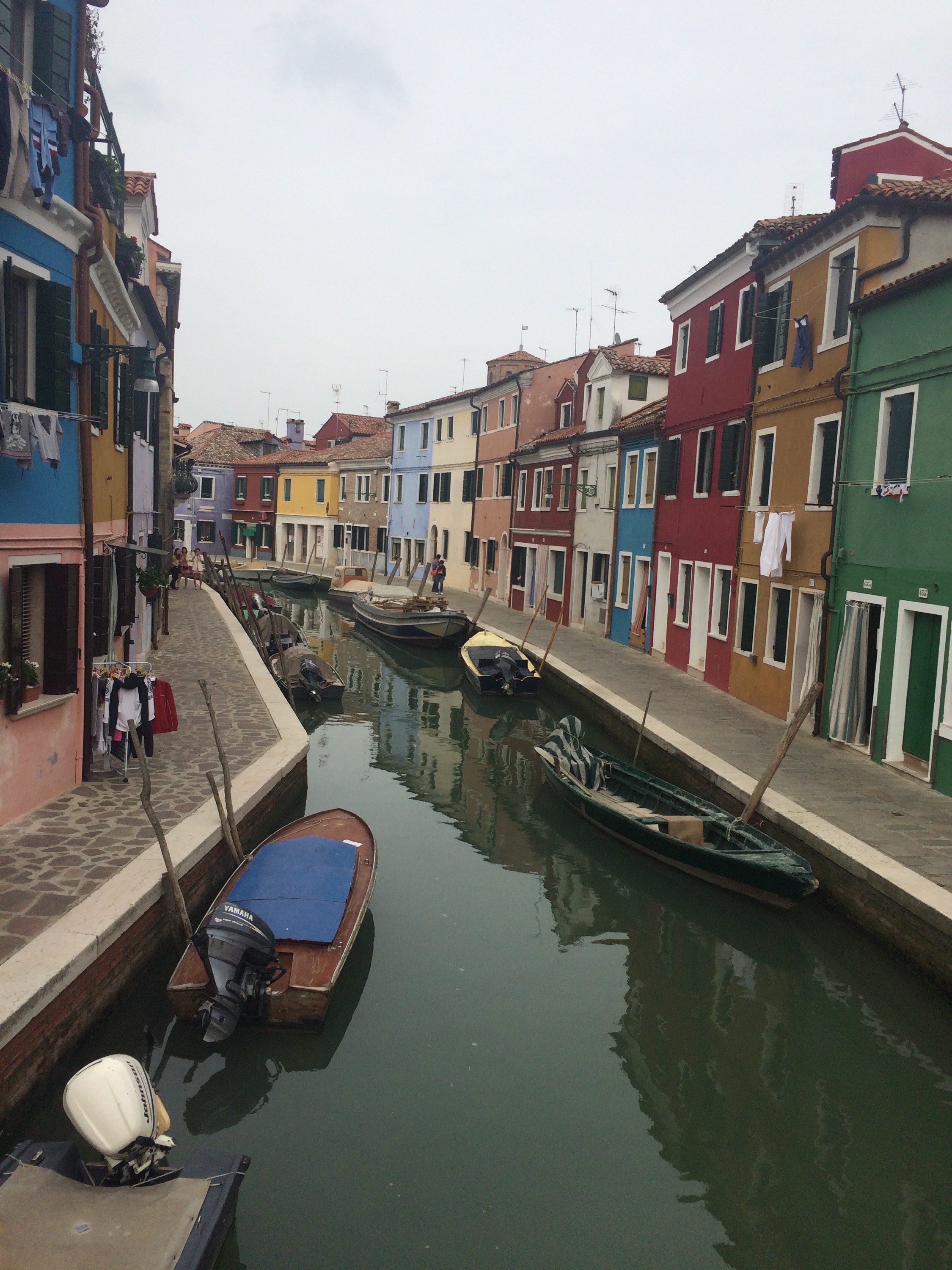 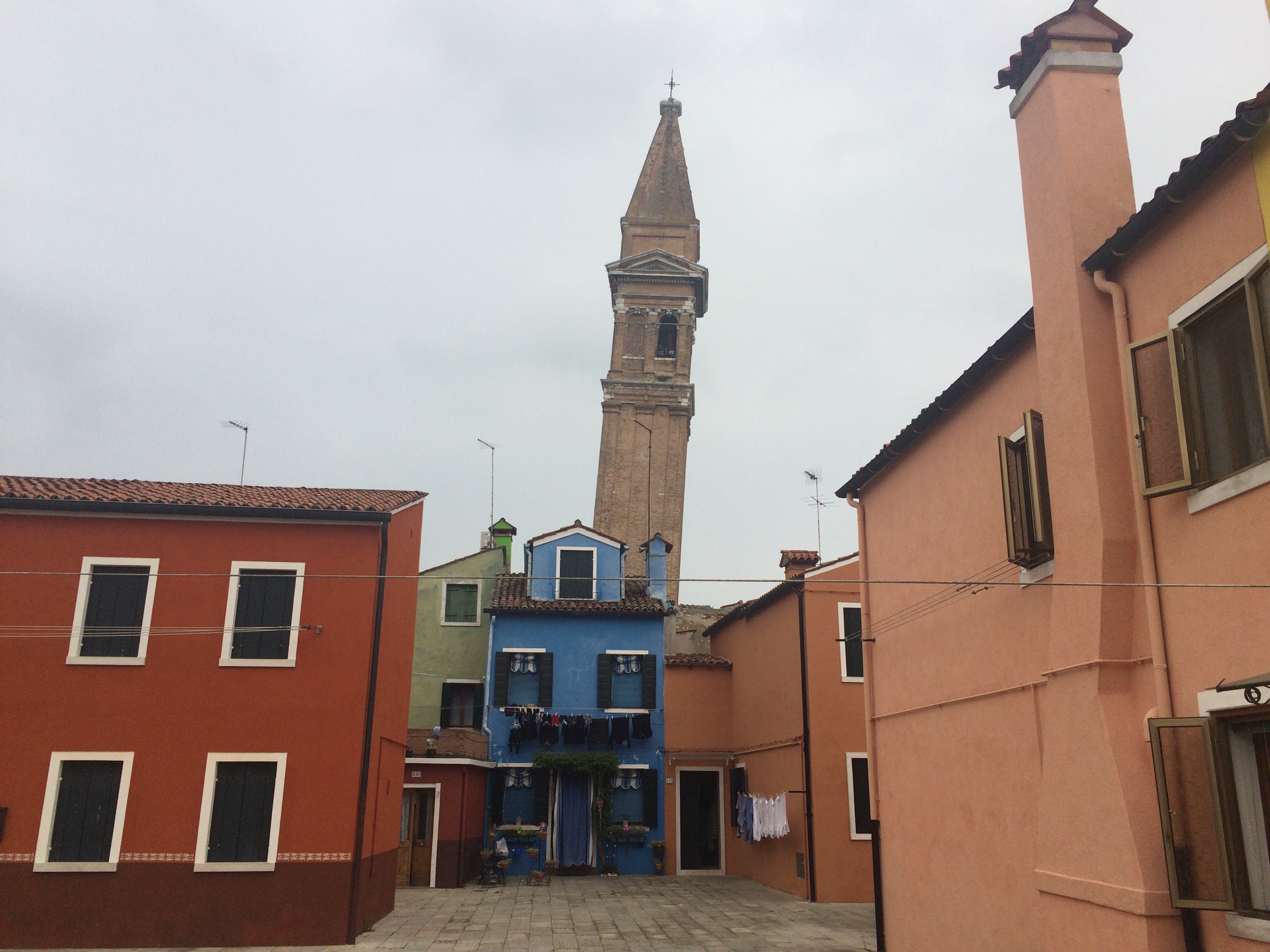 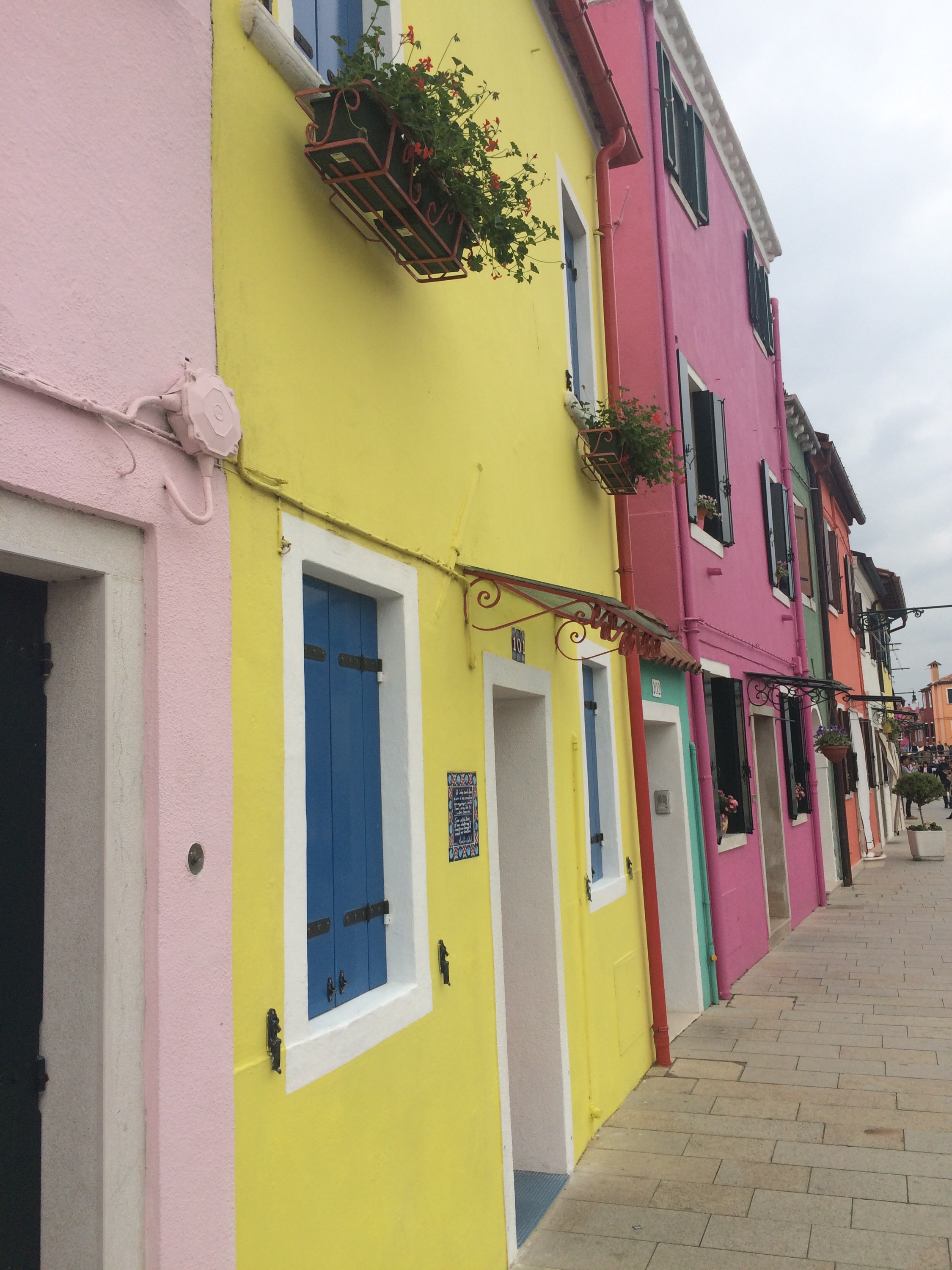 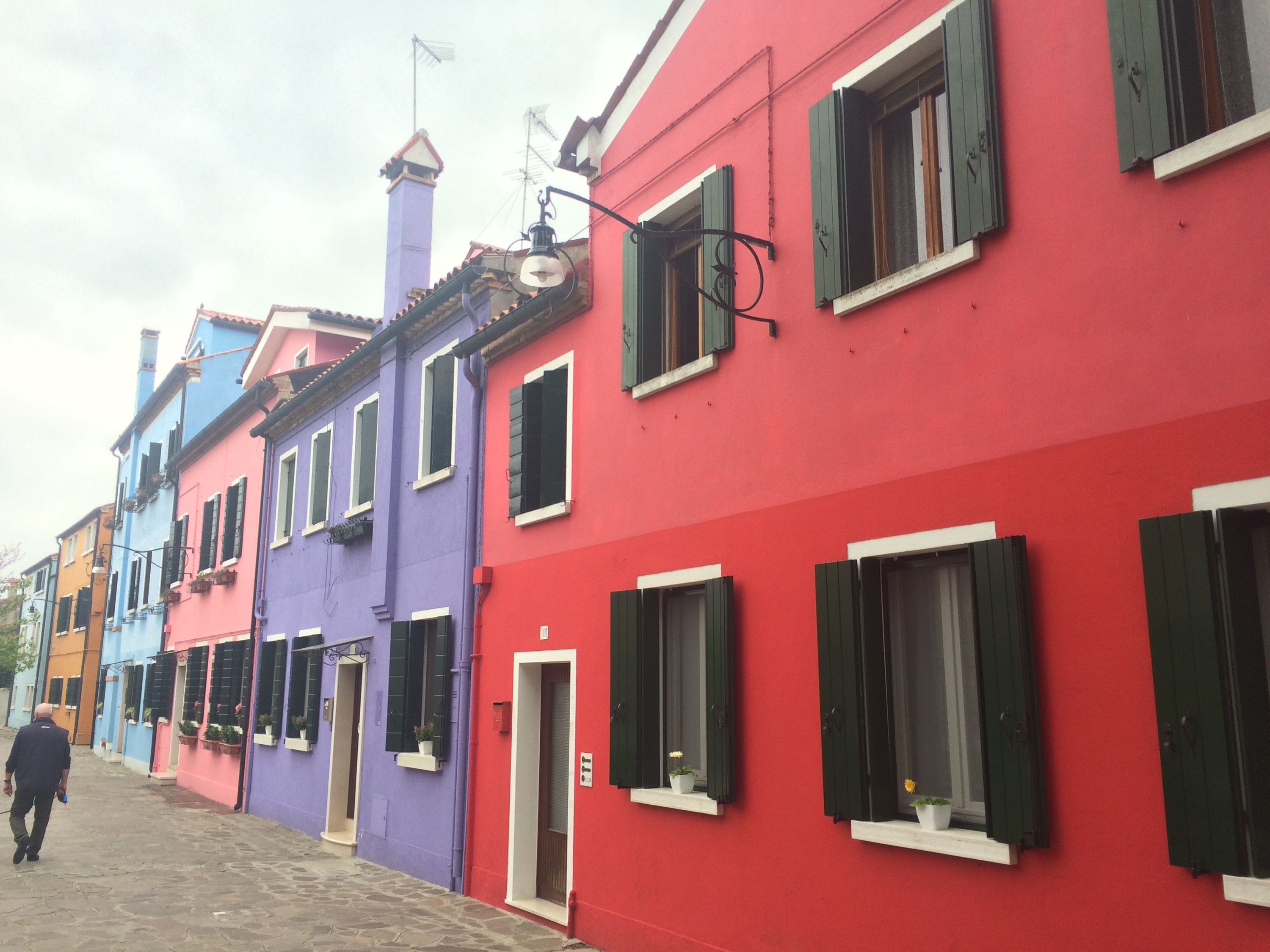 Shortly after walking around the island I realized the time came for me to go back and catch my train to Rome. So we said our goodbyes and we went our separate ways. I jumped on the boat and took the long trek back to the train station in Venice to bought my train ticket, then jumped on the bus back to the camp, packed up the rest of my stuff and took a walk to the train station. 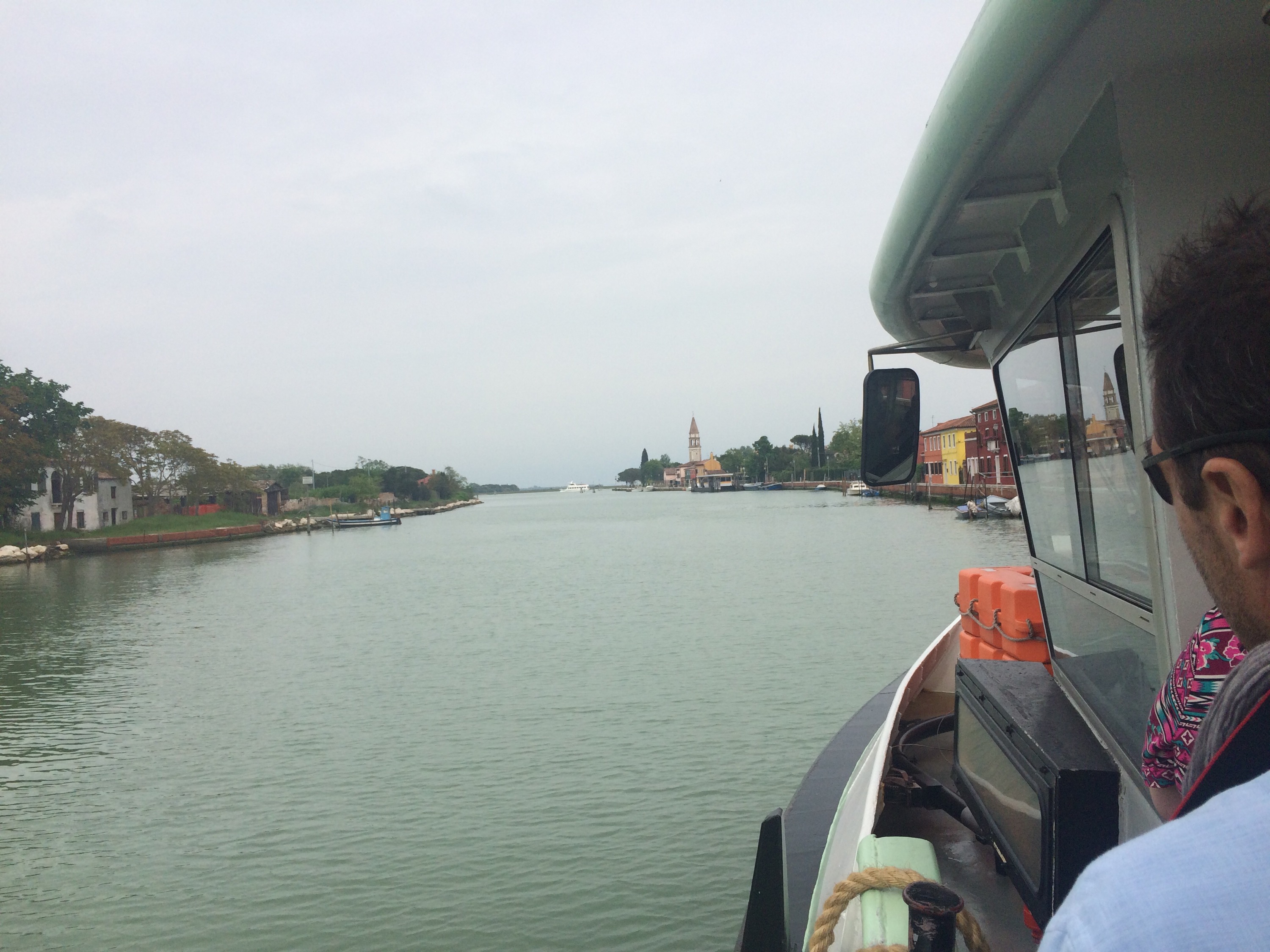 Venice was very beautiful and definitely a sight to see, especially that people are starting to say that we have less than 10 years before it finally sinks into the ocean. I’m happy I saw it when I could and hopefully things will change it stays for a little longer. The island are very crowded with tourists and things are quite expensive there. I’ve had to skip a meal or two just keep on budget, but it was a sacrifice worth taking!