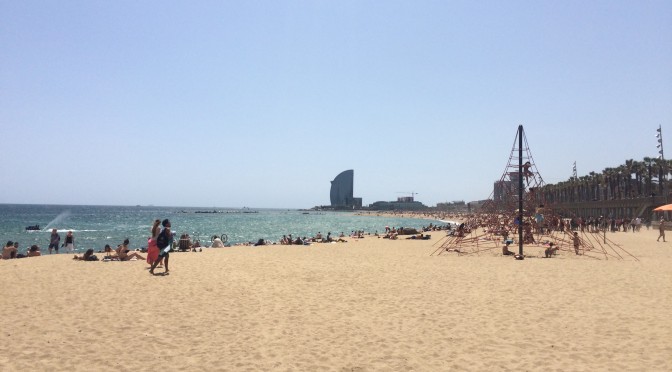 Feet dipped in the sea at the shore of Italy, I lost myself in the sight of the beautiful blue water. I was waiting patiently for my boat to arrive to take me to Barcelona. Unfortunately I got to Civitavecchia Port a few hours early, which in some ways was nice because I wasn’t in a rush. Once the boat ported, I was the first one on, I put the stuff in the room and off I went. I was eager to see this ferry that I was planning on for the past year. It had 2 restaurants, 3 bars and even a pool. After the expedition, I went back to the cabin to rest when I met my bunk mates, two awesome guys for Canada. 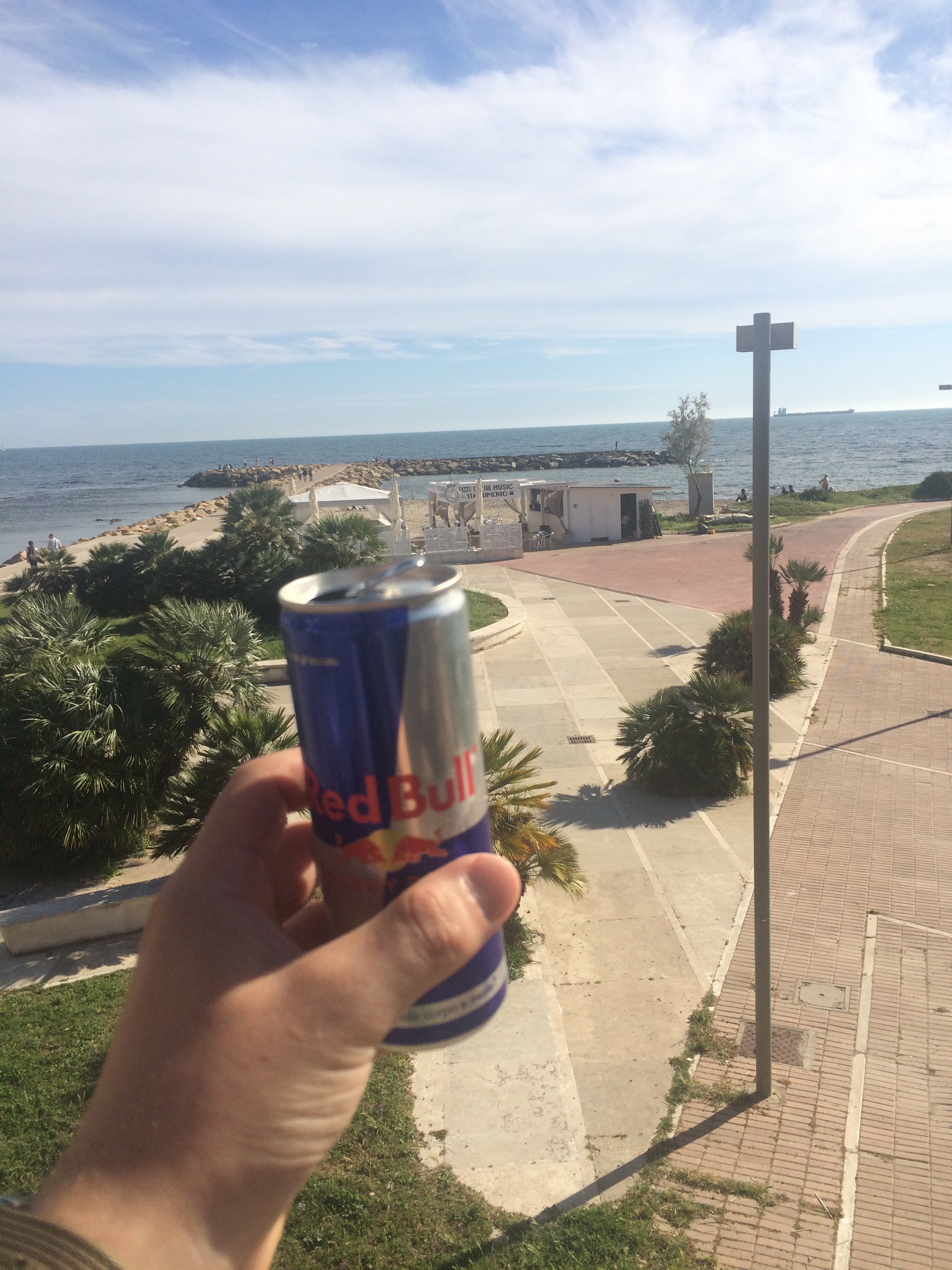 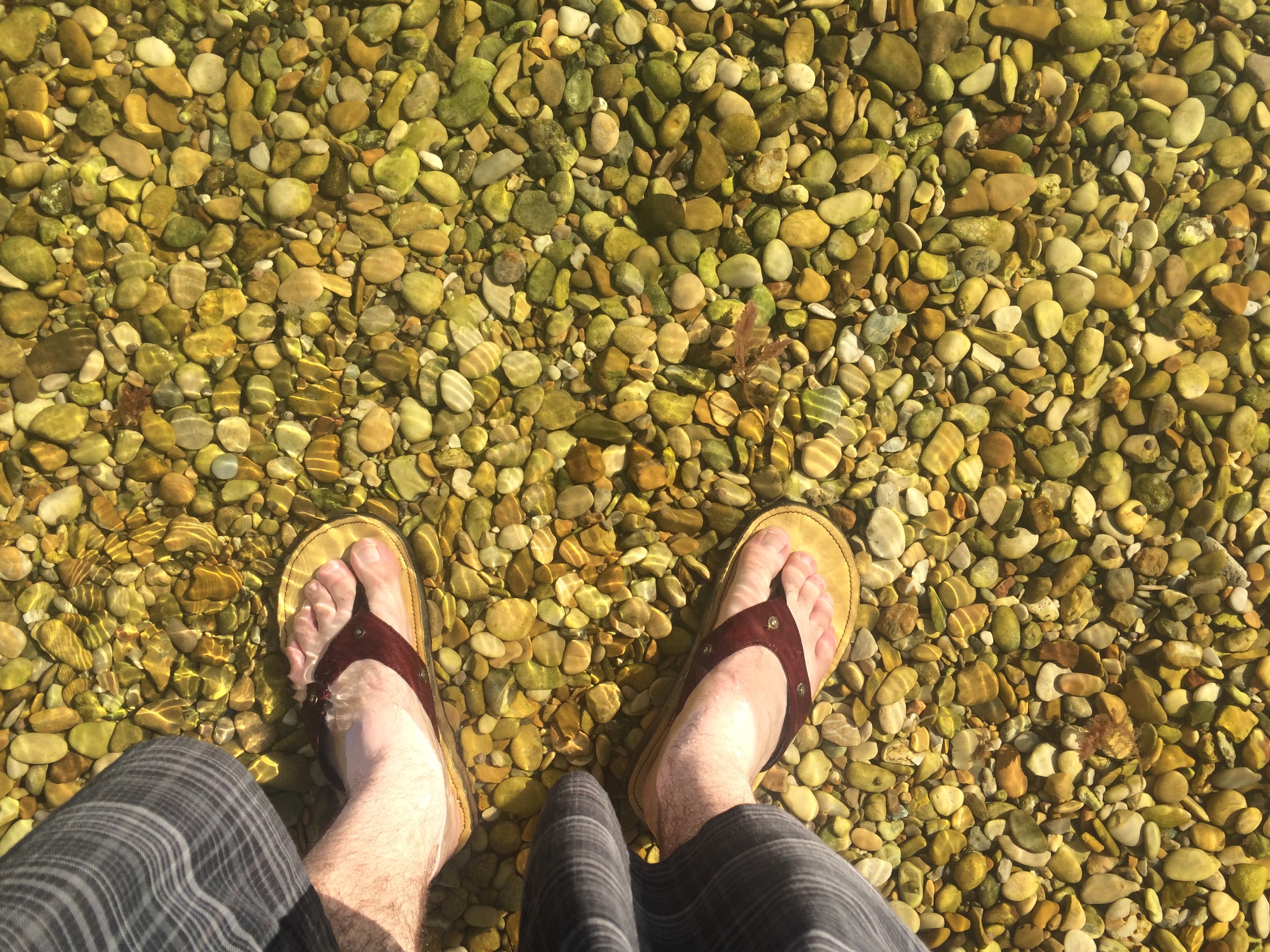 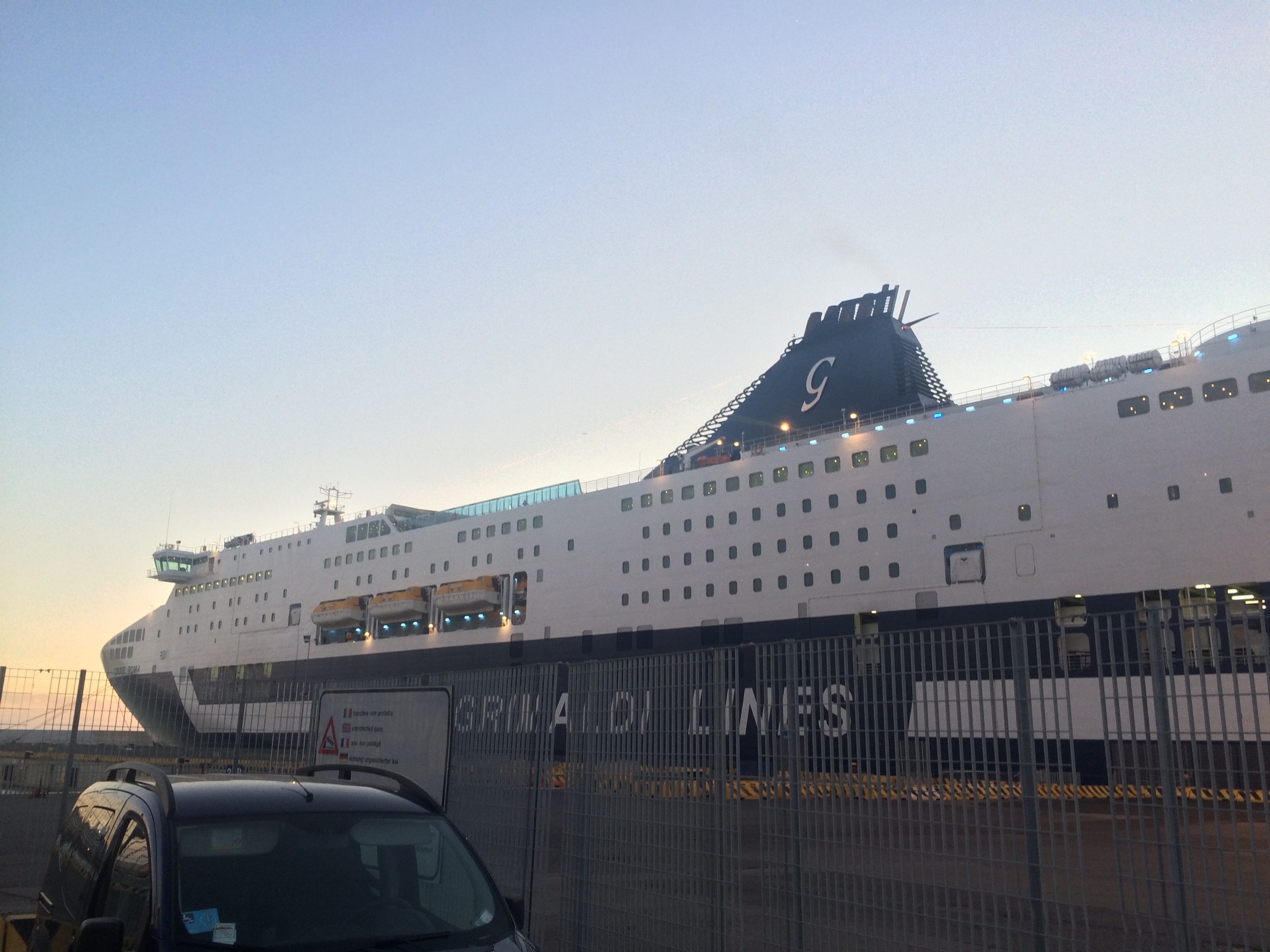 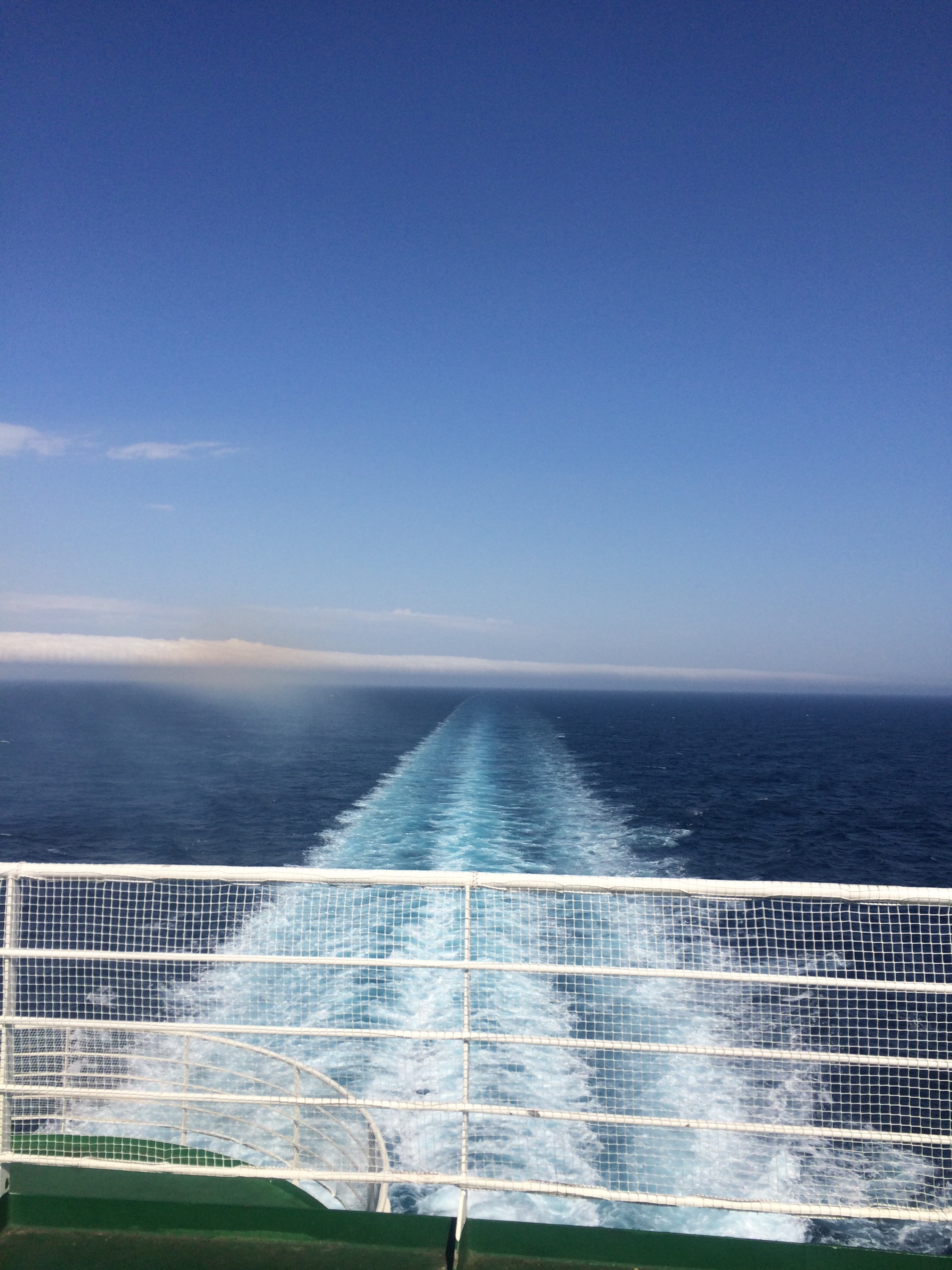 They had the same idea I had of sleeping for majority of the the boat ride. We managed to sleep for about 15 hours on that, which was much needed being that I got very little sleep in the hostels I was staying at. After our rest we decided to go get lunch on the boat while waiting to dock in Barcelona. It took about an hour for the boat finally get into the harbor where we were dropped off and had to find our way to our hostels. Being that I was deprived of Wi-Fi on the entire trip on the boat I had no idea where my hostel was located but they had a rough idea where there’s was and I decided just follow them to get Wi-Fi. Once at their hostel, I was greeted as if I was staying there as well and was even fed dinner. After a couple hours I decide to venture out on my own to find my own hostel.  Unfortunately the hostel I was staying at was a chain hostel (meaning there was more than one Saint Jordi hostel in town). Not knowing that, I walked to the wrong one where they inform me that the one I was supposed to go to was another 30 minute walk after about an hour and a half I finally got to my hostel at midnight. Worn out from a long walk I jumped in the bed. 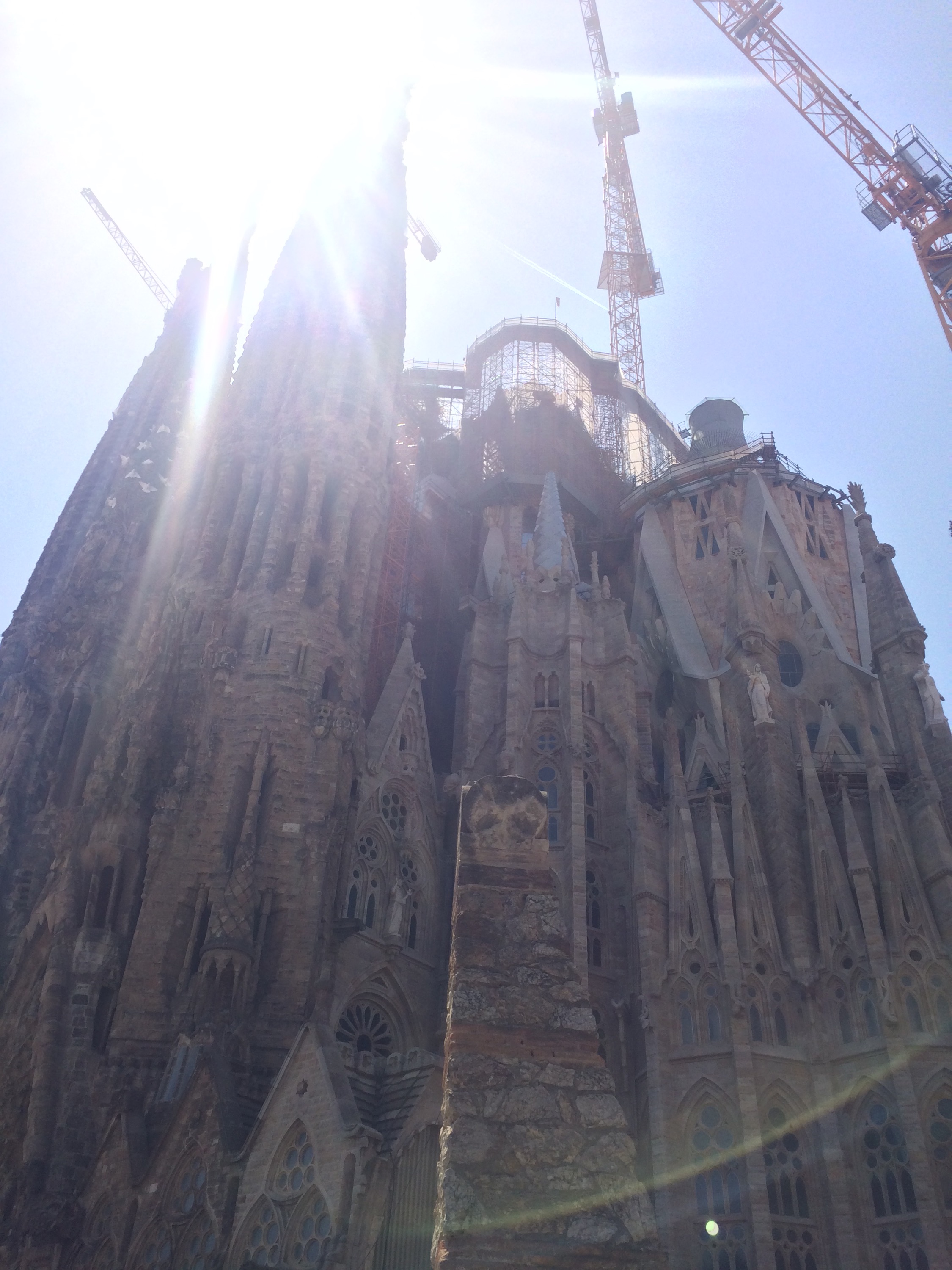 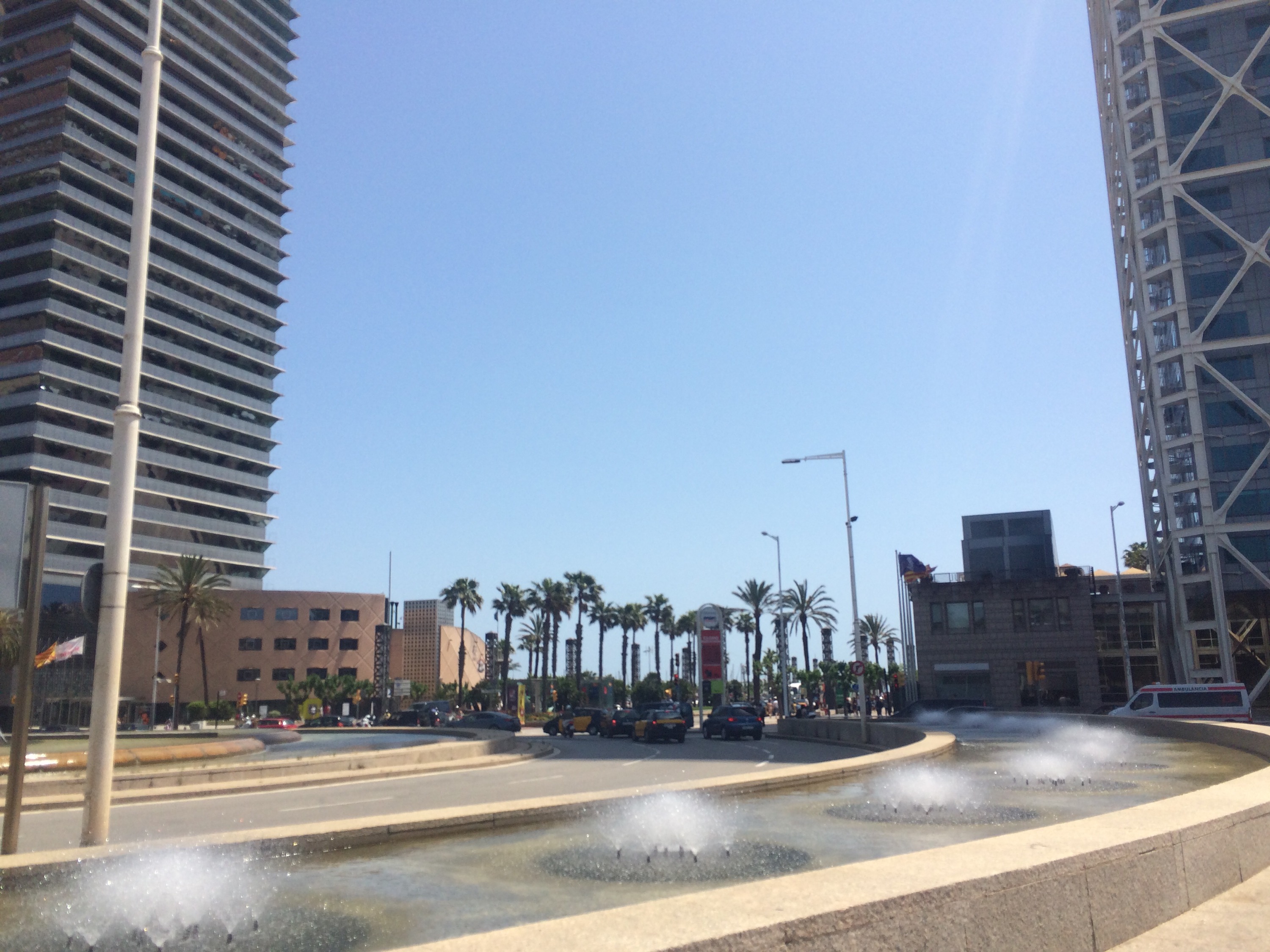 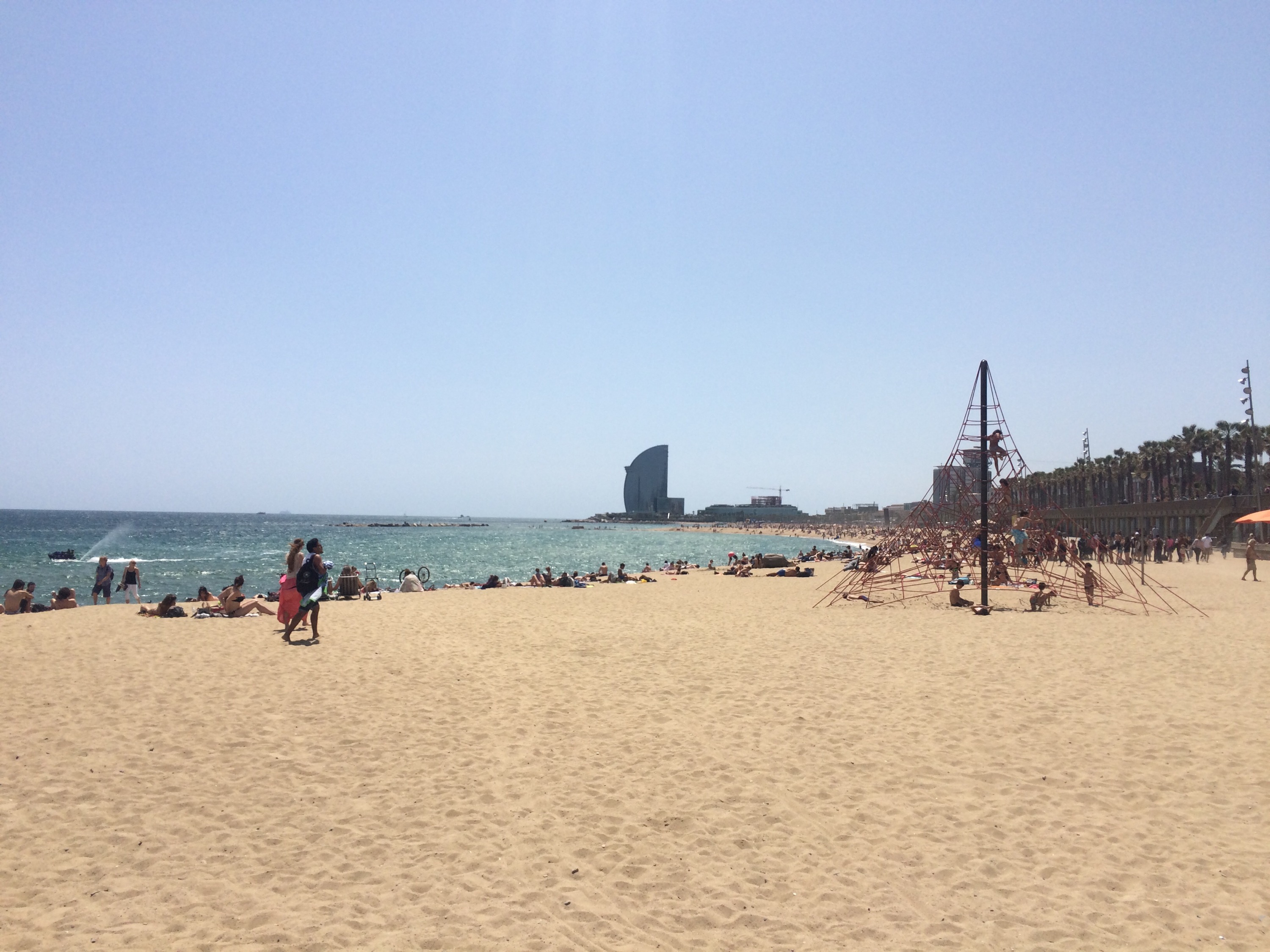 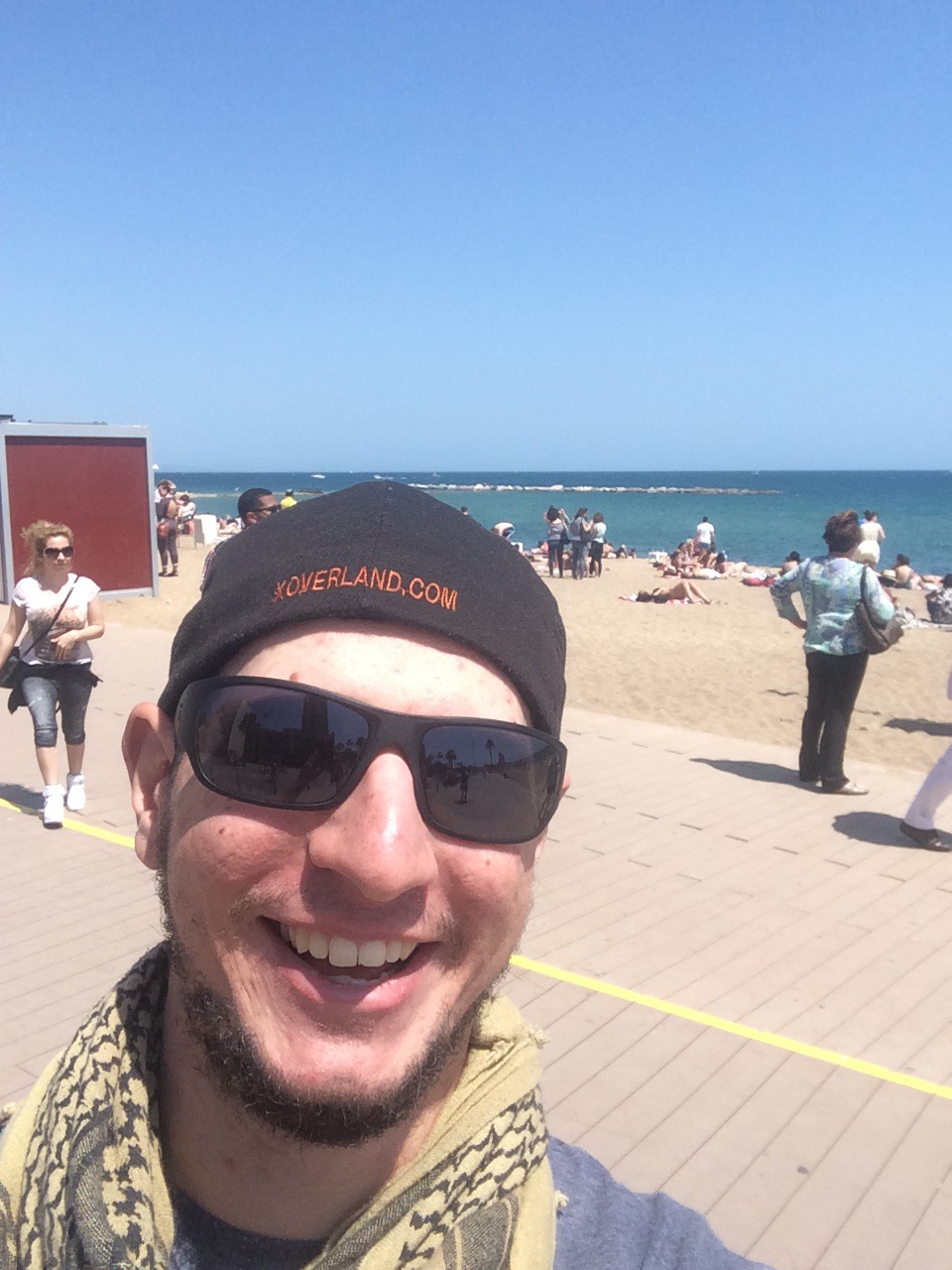 The next day I tried getting a hold of the Canadians that I met on the boat to see if they wanted to wonder the city. One of them was still sleeping, but the other insisted that I would meet them at their hostel. We started to wonder seeing the La Sagrada Familia cathedral, which has another 13 years before finally being done. We also explored downtown and walked all the way to the beaches of Barcelona which was my first time barefoot in the sand. After our journey we went back to their house to grab the other Canadian that was surprisingly still sleeping at 4 o’clock in the afternoon. We went and grabbed a bite to eat then walk back to the hostel to join the rest of the crew there to go on a pub crawl. After a couple pubs I decided to head back to my hostel to get some rest. 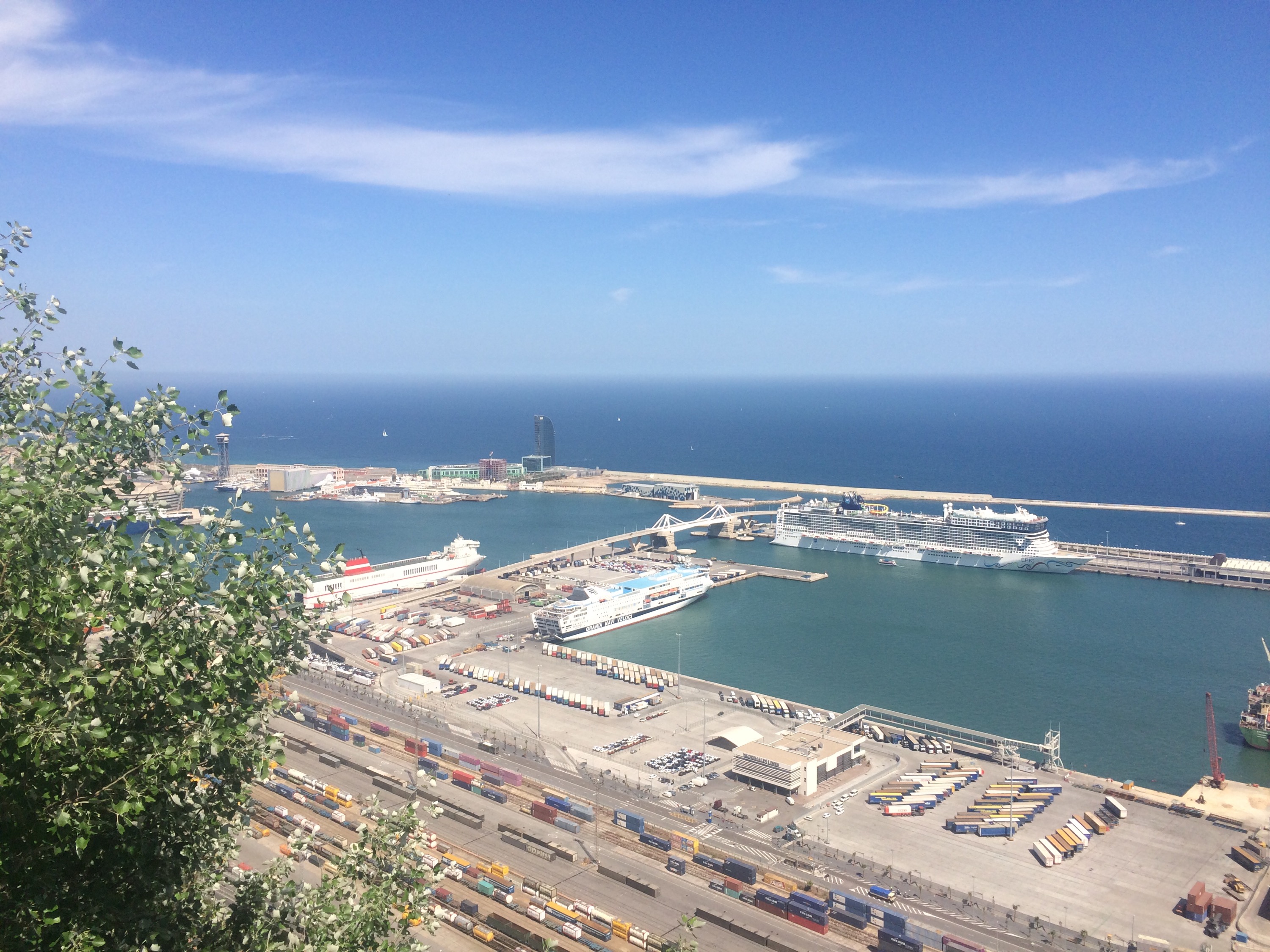 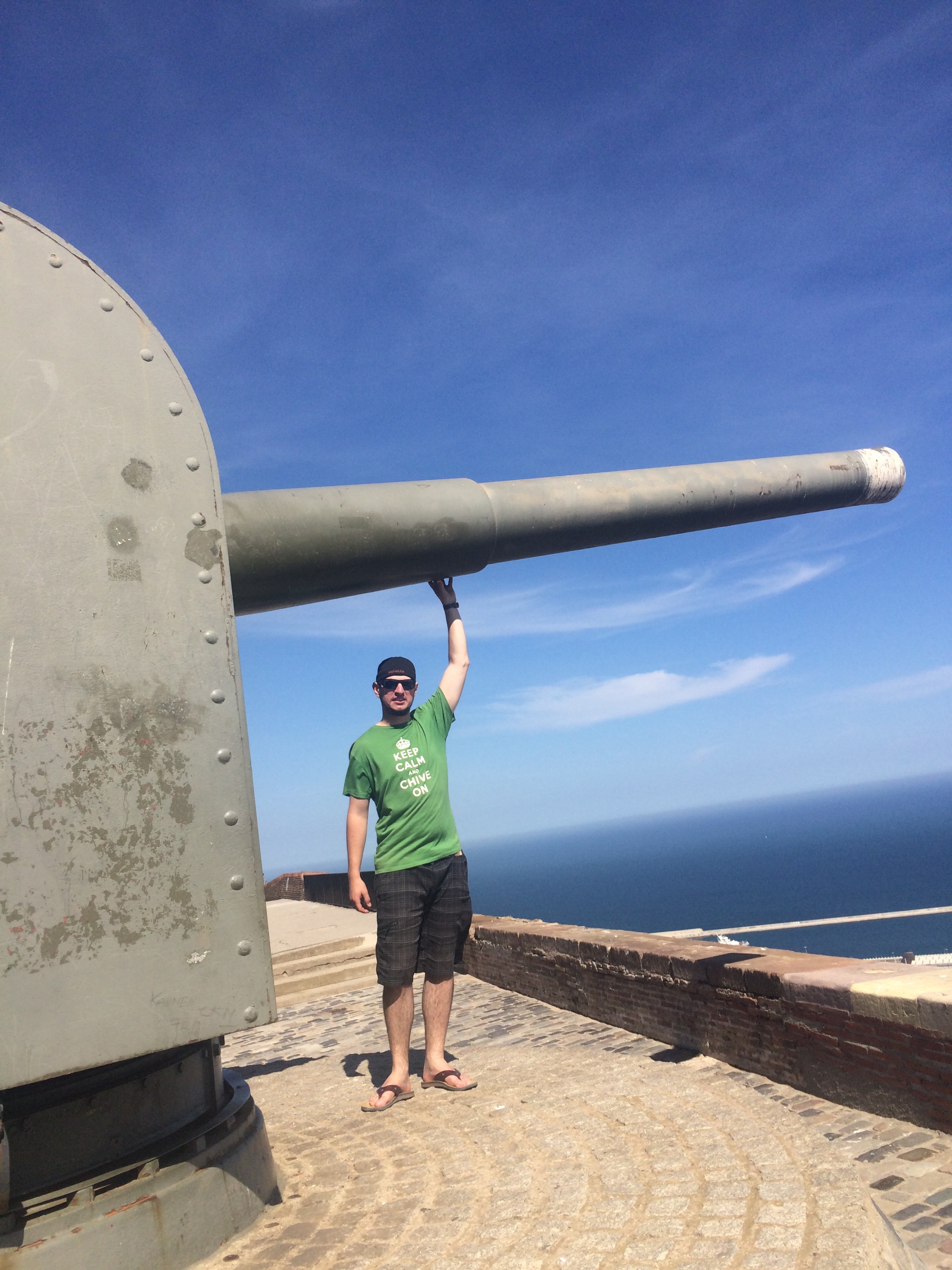 The next day was special to me because it was my birthday, but I’m not one to celebrate my birthday so I didn’t really tell anybody. It was also my last day at that hostel and I decided to switch over to the hostel I was hanging out at in the first place throughout the day. That night I was getting things ready in my room, when I noticed it was about time for dinner. Walking into the dinning area, all the light turned off and a makeshift birthday cake with 2 lit candles sat on the table. Then everyone in the hostel sang happy birthday to me. It was the best surprise I’ve ever had. That night we all went out to karaoke and stayed out until the early morning. 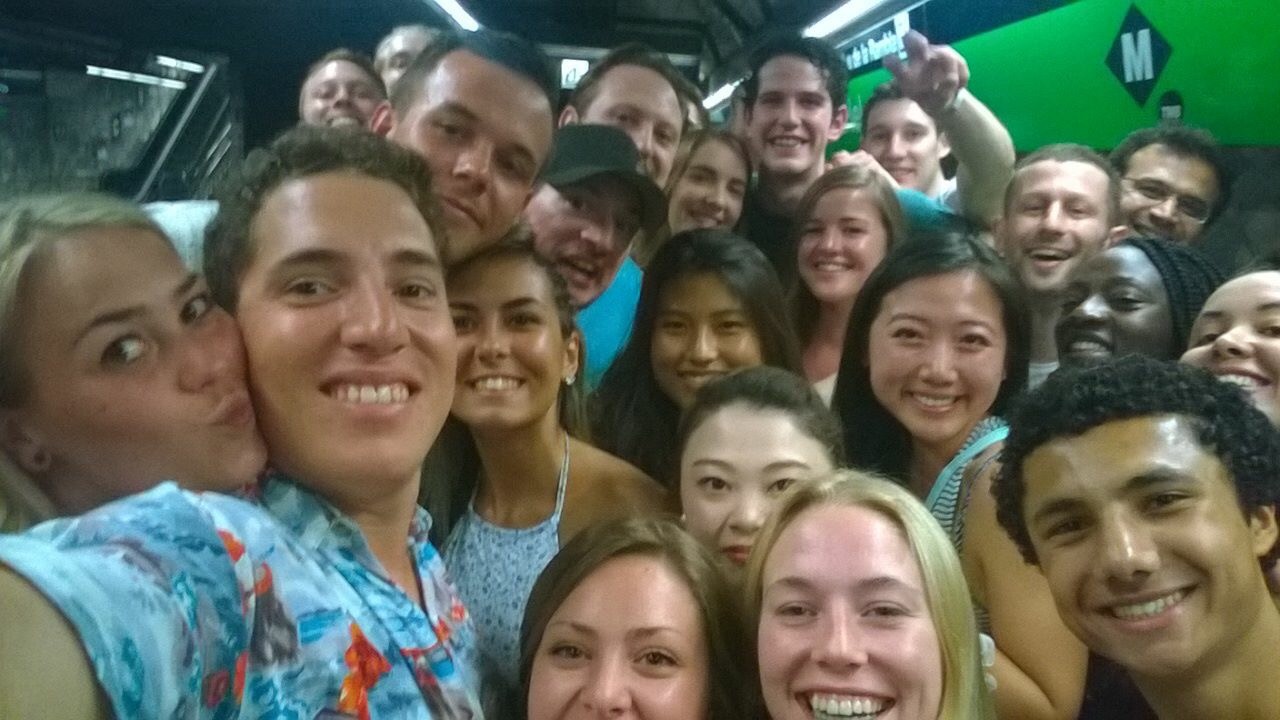 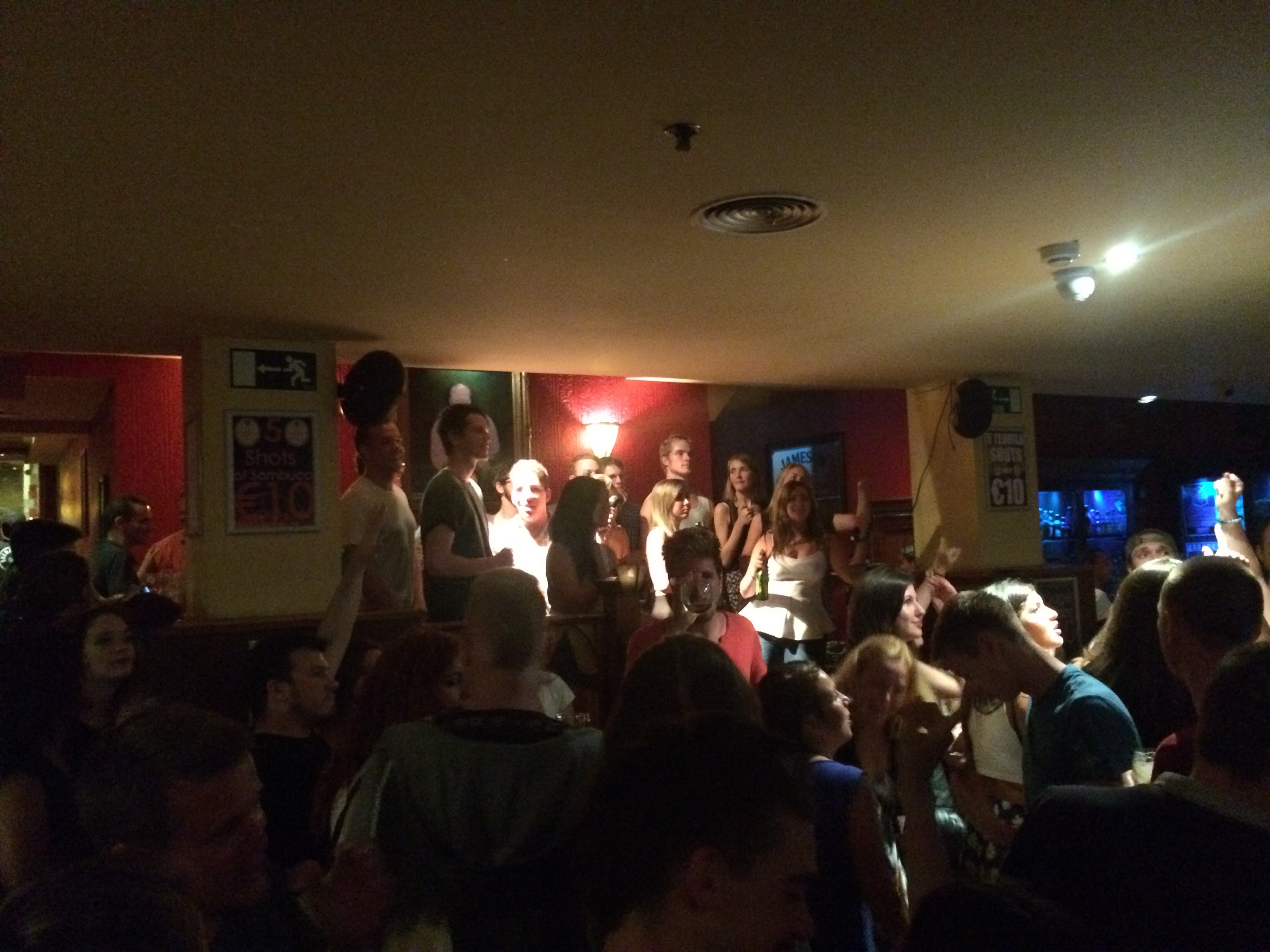 The next day, me and few others from the hostel went to the beach for most of the day. Just like the night before we went out to the clubs, but I left early because that next morning I was getting on a plane to Germany to celebrate my birthday with my German family for a few days. 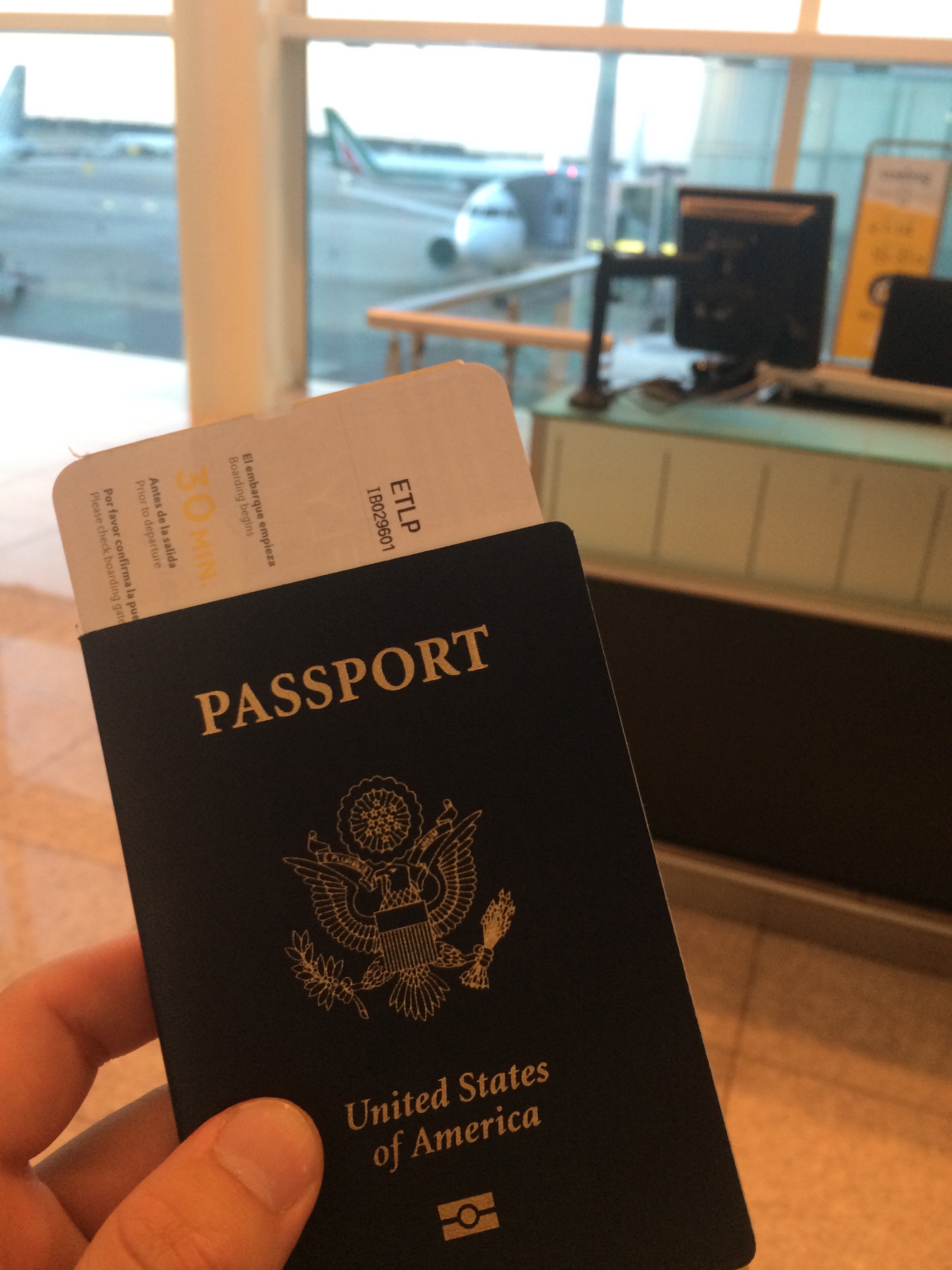 Barcelona was one the most spectacular places I’ve ever been to and the people I met there became life long friends. It’s one place I will be going to again soon!!