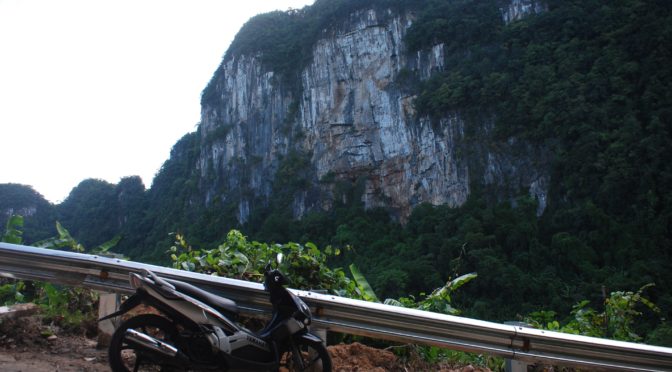 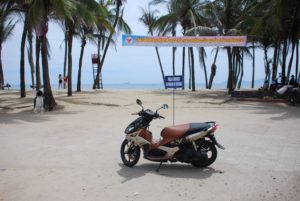 Once I hit the road pointed in the right direction to Huè, I promised myself I wouldn’t fly through the pass like I would any other time and I would actually stop and take pictures. So the first part, I stopping and took a few pictures here and there, but once I started riding into the single lane roads of the pass, my adrenaline spiked and before I knew it I’m flying through the corners. I did manage to stop once or twice to take a picture, but not nearly as much as I wanted to. That’s when I reminded myself that this is for me and my experiences and sometimes you have to keep those to yourself. After about 2 1/2 hours, I found myself in the town of Huè where I had a bus waiting for me to take me to a small village called Phong Nha. I meant two girls from Israel on the bus and we talked most of the time and one of them even told me that she had no place booked once we got there.  We decided to get a hostel together being that there’s only two to choose from. The next morning they automatically included me in all their plans which I really enjoyed because without their company I would not of seen nearly as much as I did. 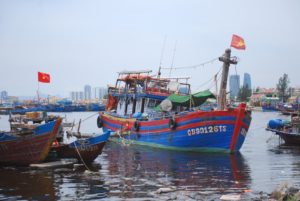 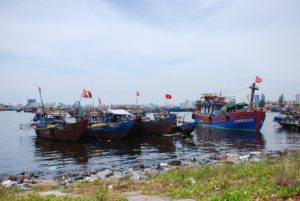 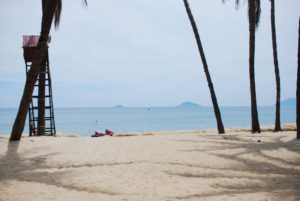 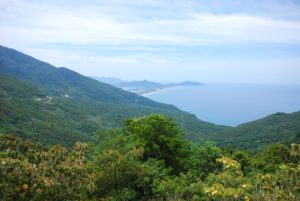 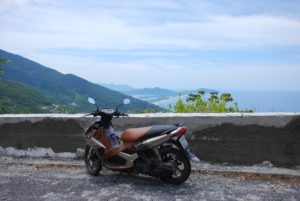 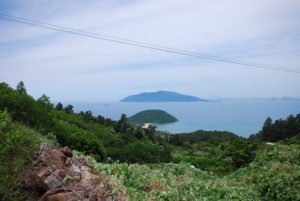 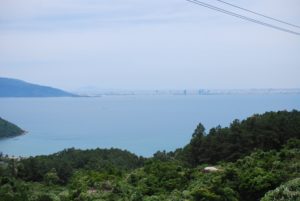 We woke me up really early to go see the famous caves.  We didn’t want to take a tour, so we decide to rent a couple scooters and go on our own.  We get the first cave where we can swim, ride on the zip line, go on an obstacle course and also explore the caves (which had a lot of mud so I decided to skip the cave part). Instead I stayed on obstacle course and had a really good time for the first 20 minutes, but then I realize that me waiting for them got a longer than I thought. Once they came back they somehow knew that I was having too much fun as they did, so they took me out to lunch and we talked for a long period of time then we started making plans for the rest of the day. 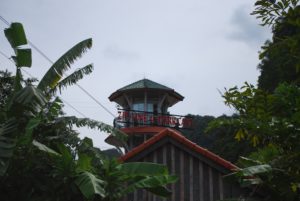 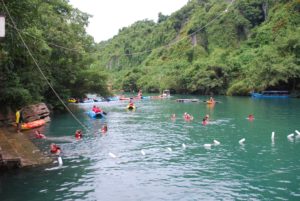 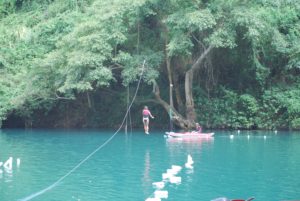 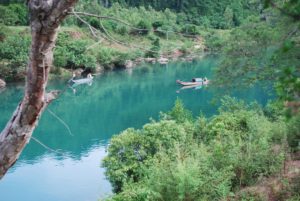 On the ride back, we came across two Canadian girls broke down just outside the town we were staying. “The rental scooter decided not to run anymore”, they told me as I offered to help try to fix the problem.  After a minute or two, I got it running and followed them back to town. Once we got back to the hostel, we got really lazy and decided to stay around the hostel for evening. 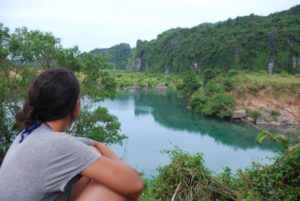 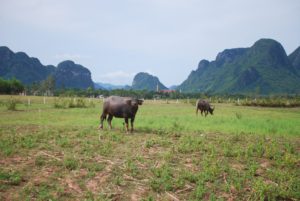 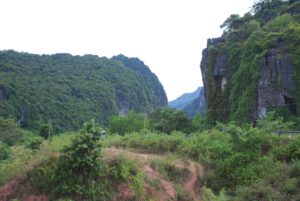 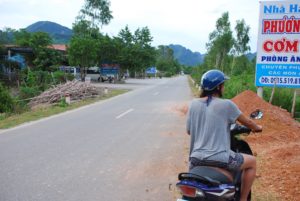 The following day, the girls and I grabbed the scooters and rode out to the caves nearest to where we were staying. Riding down a long dirt road that the poor scooter wasn’t designed for, we found ourselves at a dead end right before the cave. Come to find out that only boats can enter the cave. We trekked back, found a tour boat and started our way through the dark cave. The boat took us about a mile in where they dropped us off and we walked the way back. The path goes around these mighty nature made structures that took millions of years to make. The locals brought in colored lights to eliminate the structures and wall making it a surreal feeling as we walked back. 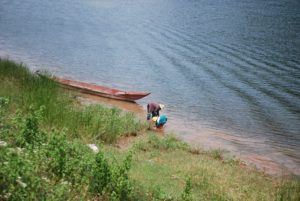 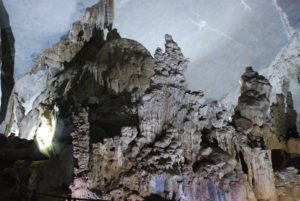 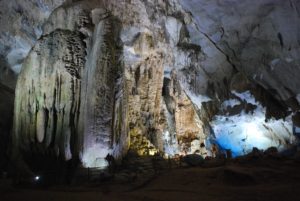 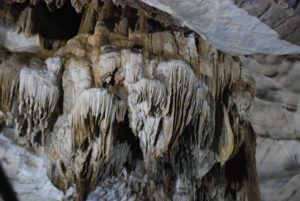 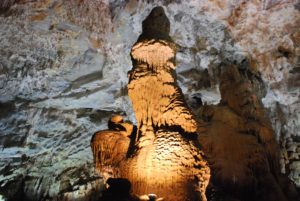 We got back to the scooters when the girls brought up the idea of just riding around the outskirts of the town. This place wasn’t much of a tourist town and a lot of these streets were mainly untouched by travelers. This became apparent once we got a half hour in the ride. The girls wanted to stop at where a few local kids were running around a hut type building. One of girls took a bag of balloons out of her bag and started handing them out to the kids which became overjoyed with their new gifts. It was at that moment that I realized that that was their home which had no glass windows and hardly a front door and was also their place of work. These people barely had anything,  yet they were happy and smiling as if they didn’t have a worry in the world. 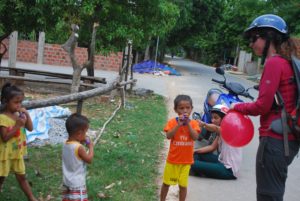 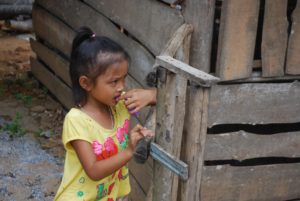 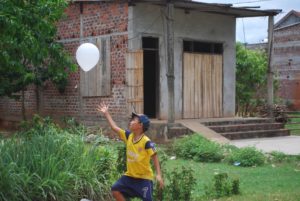 At that moment, it all hit me as if i landed there for the first time again. all the memories that got pushed deeper and deeper in my mind as I was having fun partying with the other travelers and walking through the oldest structures in the world in the past mouth, I started thinking of the stuff in between. The people living in the outskirts of the big cities that i saw while sitting in a bus to my next destination or that I interacted with at a truck stop. They all were just living life the best they could. Even with very little to live with, they were happy and joyful in the fullest. It was funny to me that a kid bopping a balloon in the air would make this rush of emotions come over me. Maybe it was the fact that this journey was coming to a close or the fact that I was blinded by the way I live and I was trying to compare it to life here. Whatever it was that came over me was just what I needed to really appreciate this trip for what it was and also appreciate what I had back at home. 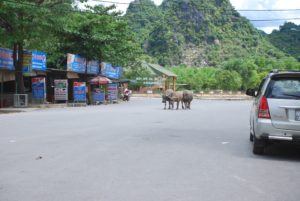 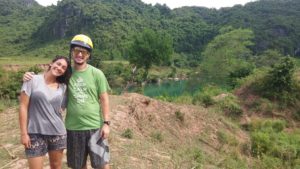 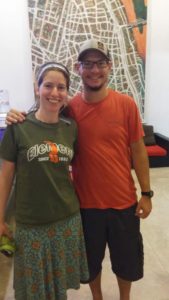 Shortly after we back from our ride and we returned the bikes we planned our trip to Hanoi. Hanoi was my last stop, but not at this point because I had a plane ticket to Hong Kong for the weekend (Which is a another story on it own). After Hong Kong, I came back to Hanoi for one more night of my trip. In the end of the long flight home as I watched the U.S. coastline come into view, I shed a tear or two knowing that reality of everyday life was sitting there. It’s funny how just a month and a half before I was sitting at that same airport, finding any excuse to not get on that plane in fear of not knowing what Southeast Asia was going to be like. Now I didn’t want to come back!