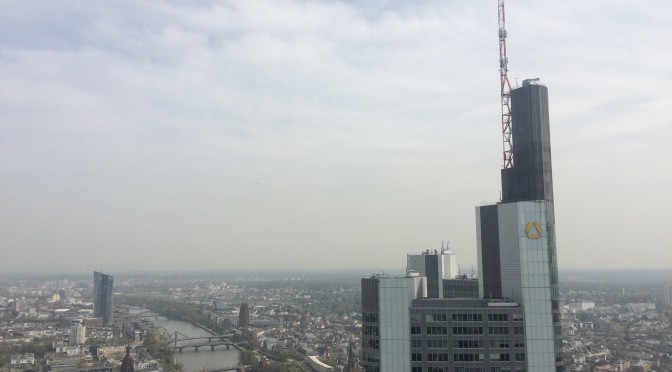 The train departed to Frankfurt from Amsterdam central station early Monday morning. I (like always) was there extra early to make sure I knew where I was going. With time to kill, I found a coffee shop to sit at I met Sarah which was a girl from Canada that was also wait for her train to Paris. We talked about our travels and what we used to do back home. 10 minutes before my departure, we went our separate ways and I finding myself boarding my first train and it was amazing. It was a 4 1/2 hour ride, but it seemed to go fast. 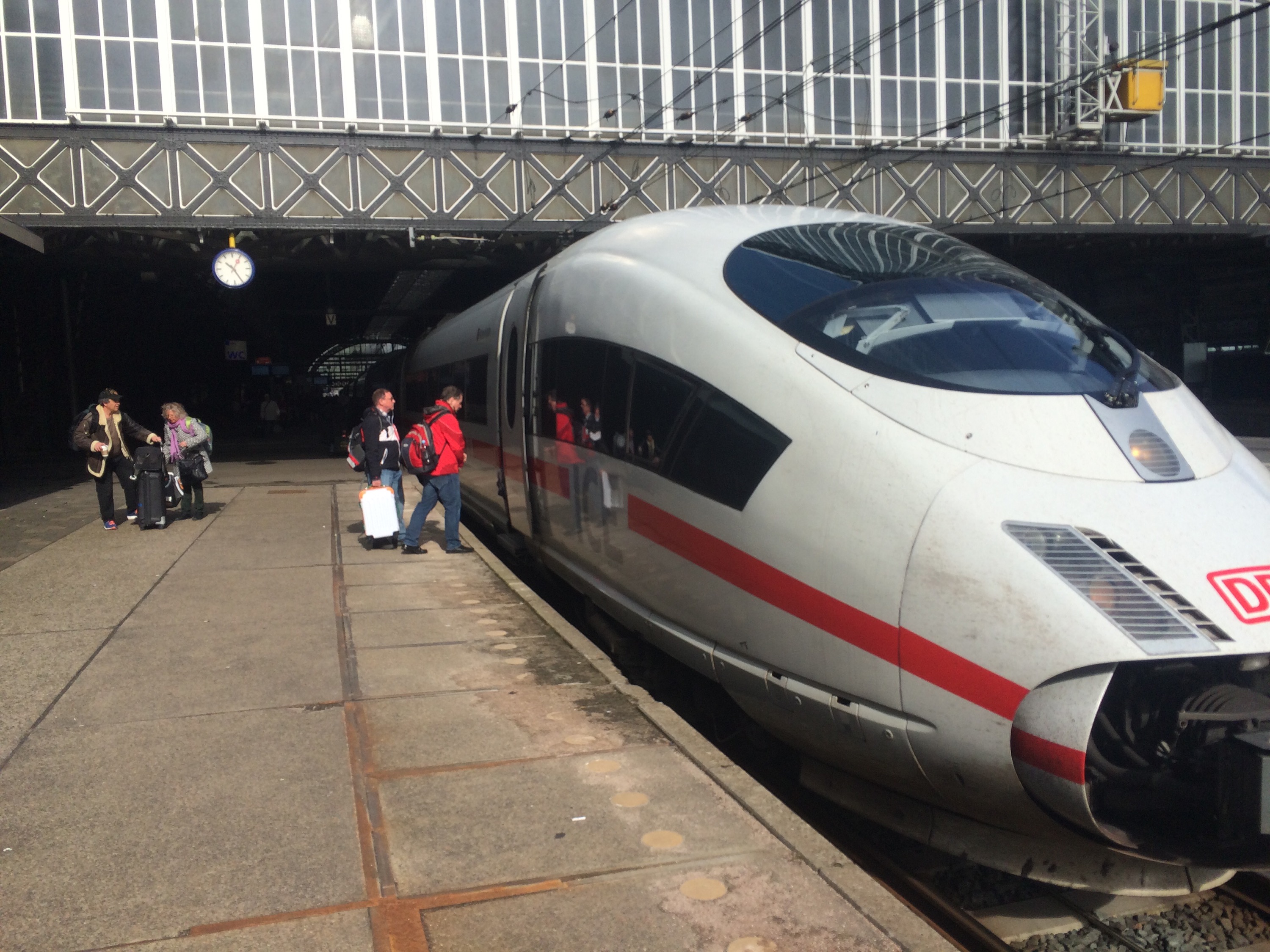 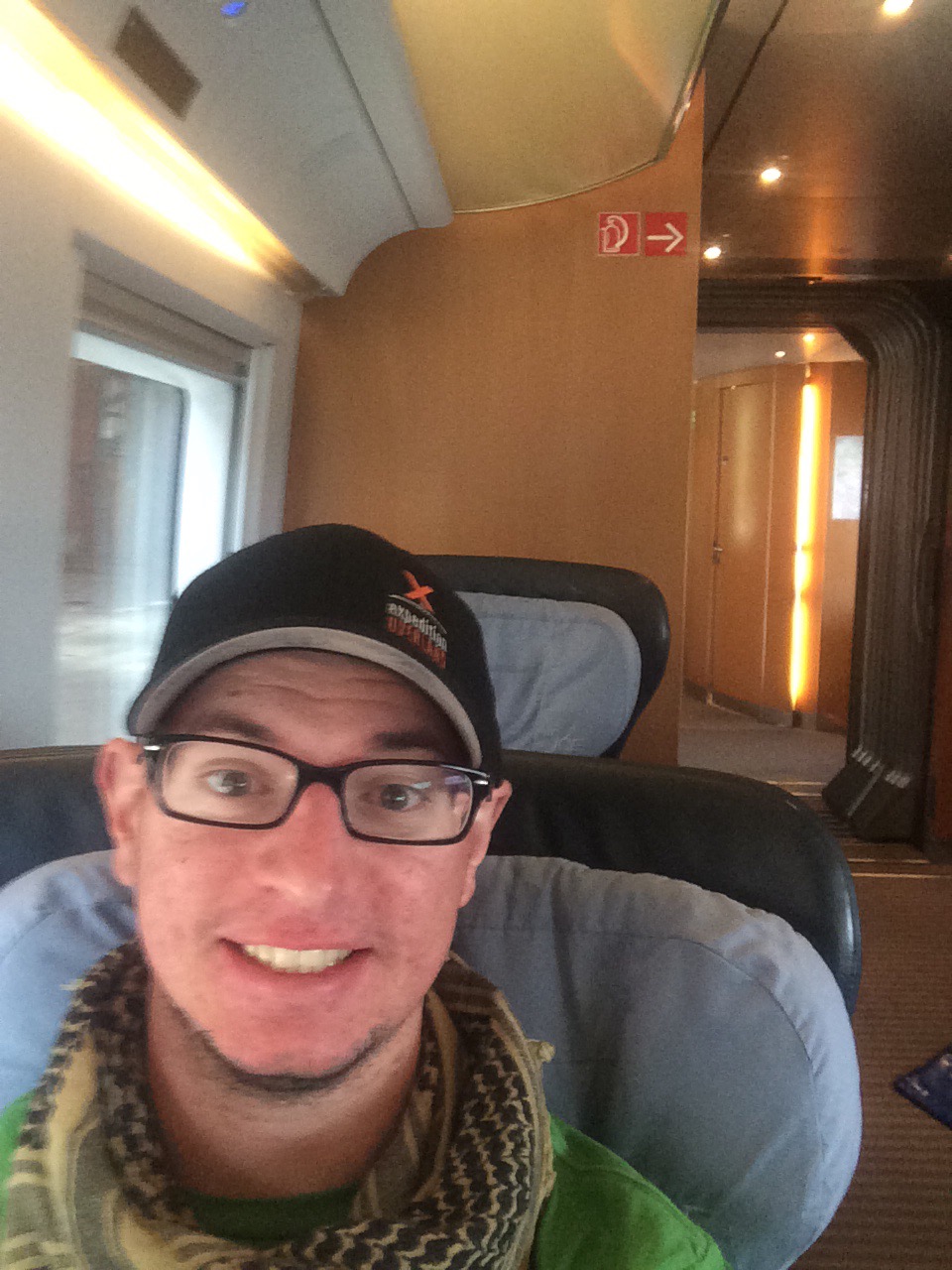 I arrived at the Frankfurt airport/ train station where I was supposed to find a tram to take the rest of the way to Kelsterbach west of the city. Slightly lost, I went to ask for help. I walked up to nice gentleman at an information desk where he told me where to go. The only problem was that he told me the first half in english and the half in german. I ask to repeat what he said and he said it all in german, then got angry. I said thank you and went on to somebody else. Eventually was pointed in the right direction and found my way to Kelsterbach. Kelsterbach is beautiful small town just outside the city. Off the tram, I took a look at a snapshot of the map that lead me there, only problem with that was that I couldn’t zoom in to see the names of the roads. Not thinking it was going to be a problem, I started following the the streets on the maps up until I hit a park… that wasn’t a road. Now I was flying blind with no names of roads or anybody that spoke english. A teenage kid working in a baby store that spoke very little english showed me to the street I need to be on and after 1 1/2 hours, I finally made it! I’ve never been so happy to see a complete stranger in my whole life. 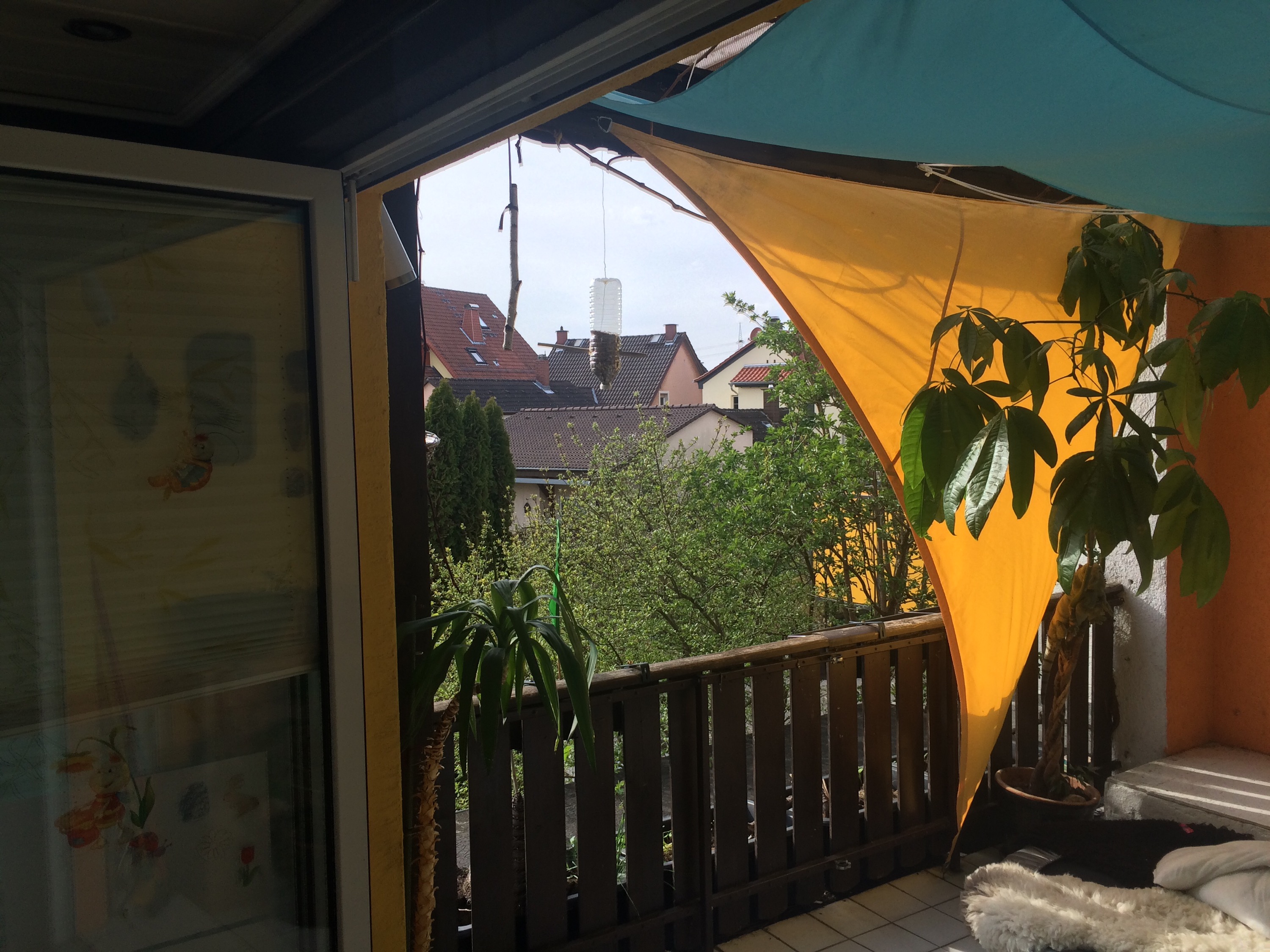 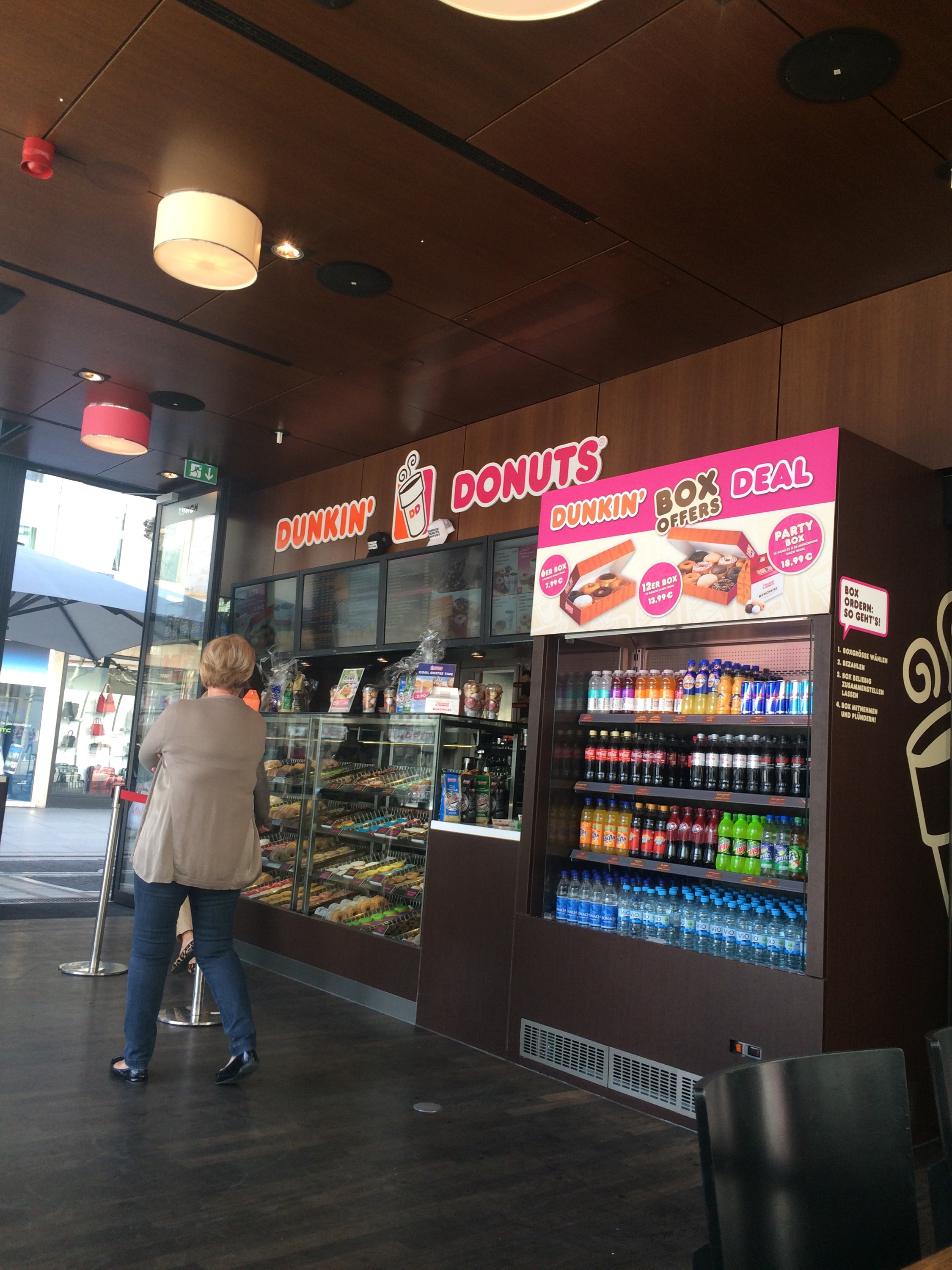 Ella was a beautiful blonde that had 6 children(3 of which I met) and a super awesome husband. They lived in a beautiful 3 story house in the middle of town. I got Kacey’s room which was her youngest boy. The room was more than I could ask for and even came toys to play with! The rest of the night I stayed in and hung out with the family. The next day, I woke up early and Ella dropped me off at train station with Viktoria. Viktoria was a couchsurfer as well from Belarus, but she decided to rent a spare room at Ella’s house to continue her schooling in Frankfurt. She started telling me where to go because I was in need of a phone that would work here. She continued to school and started to explore the city. I found a mall that had a hole in the middle of it (literally), some cool statues and big stores. I also found a cell phone shop where I got a flip phone that came in handy for my trip. Once done with all that, I asked the girls working there if they knew any good places to eat and they pointed me in a general direction. I walked down that way when out of nowhere, there it was…. a Dunkin Donuts! First one I’ve ever seen, being that they dont have any of those where I live. So enjoying a donut, I get a call from Vikoria which wanted to show me the city for the afternoon. We explored the old part of Frankfurt and a really old church. After that, we sat at a park and talked. It was a great day!! 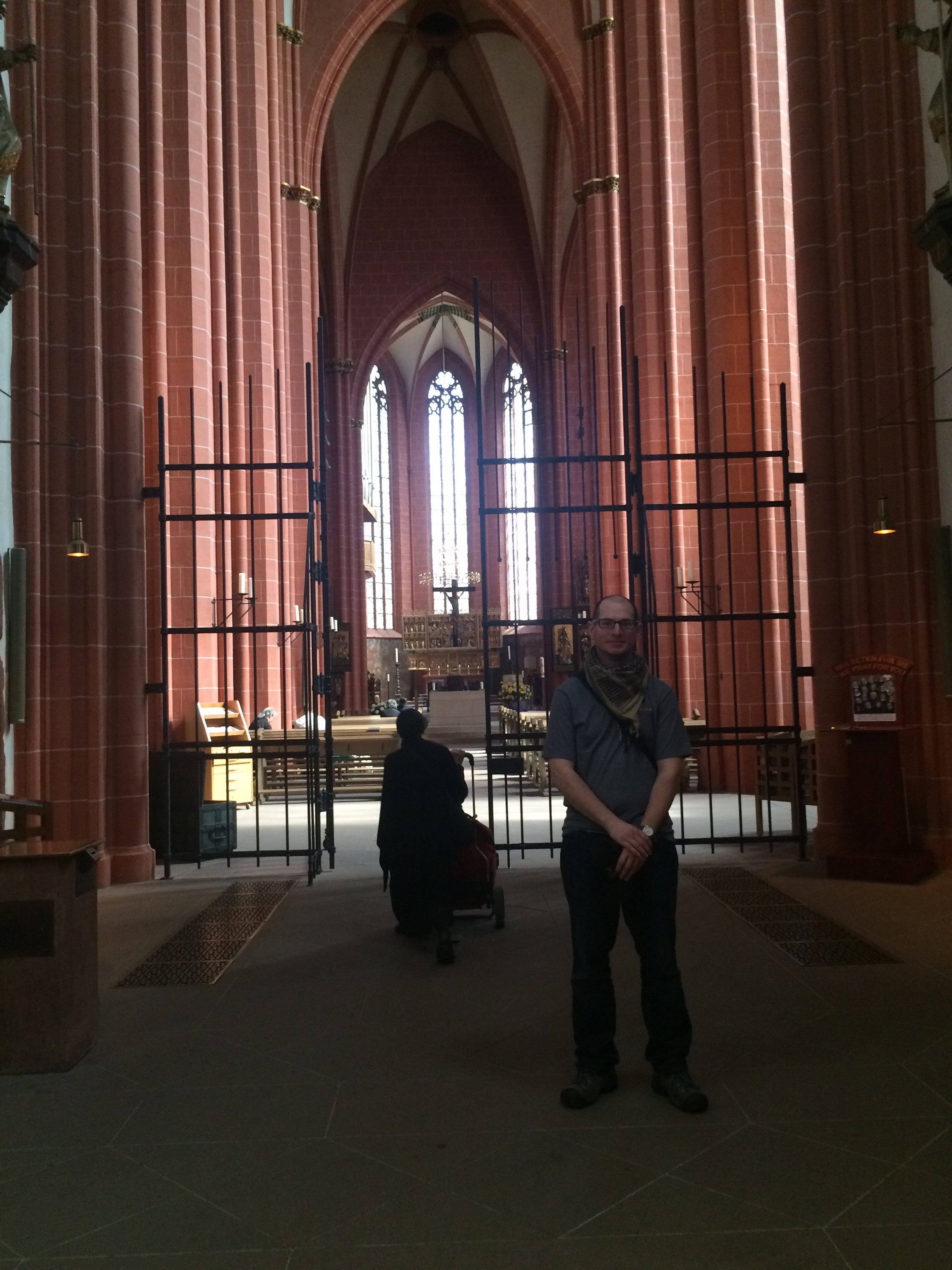 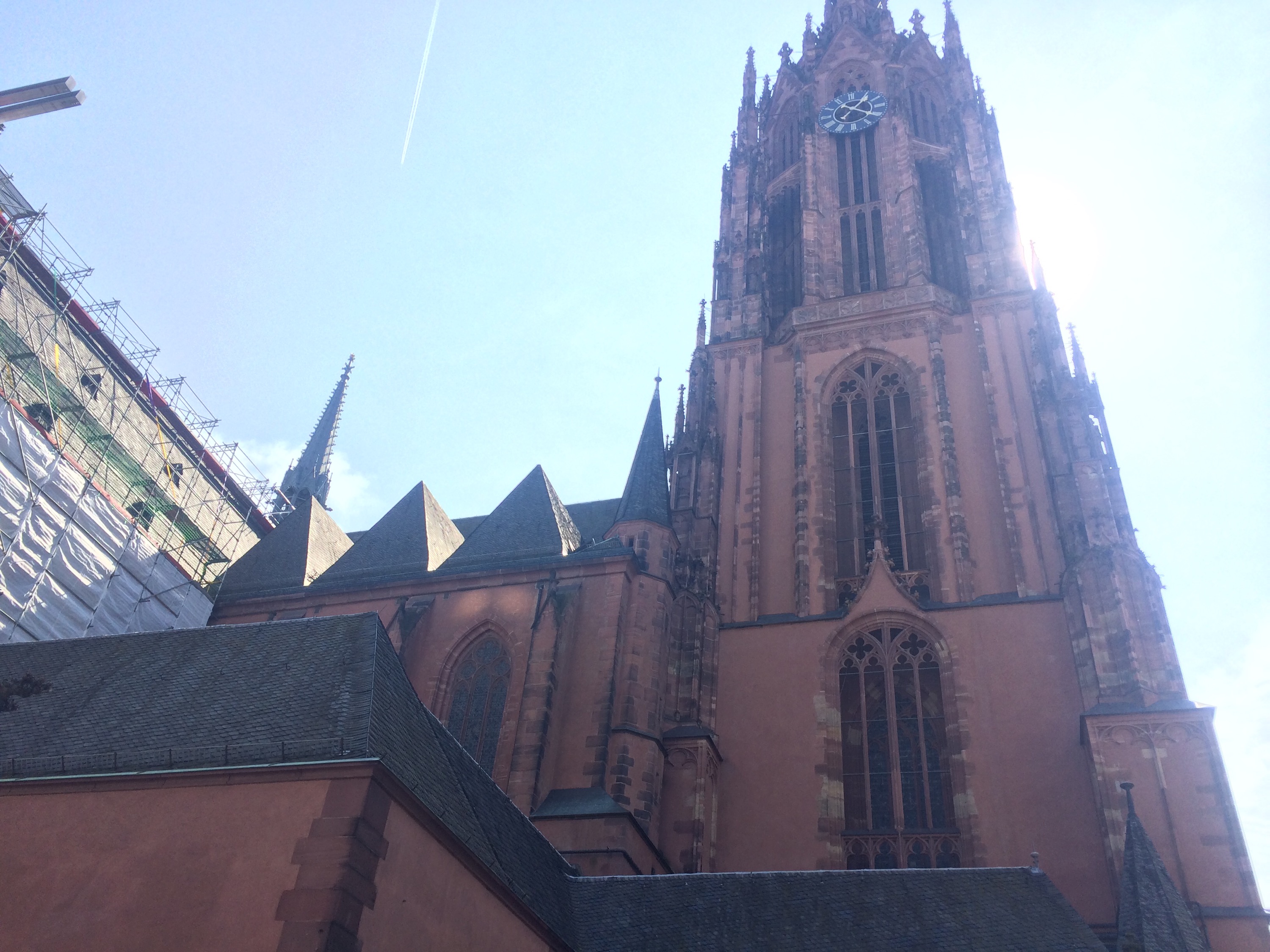 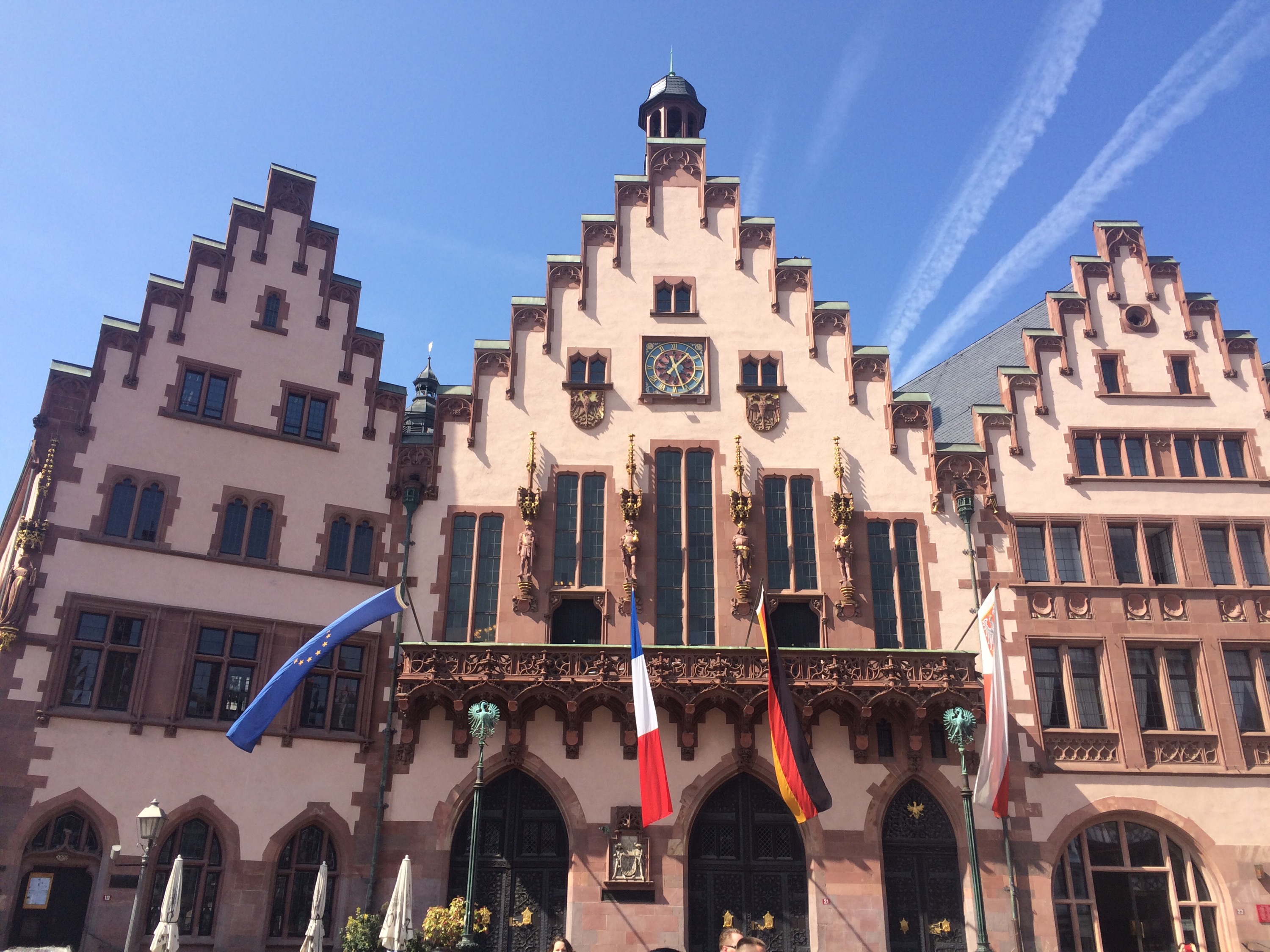 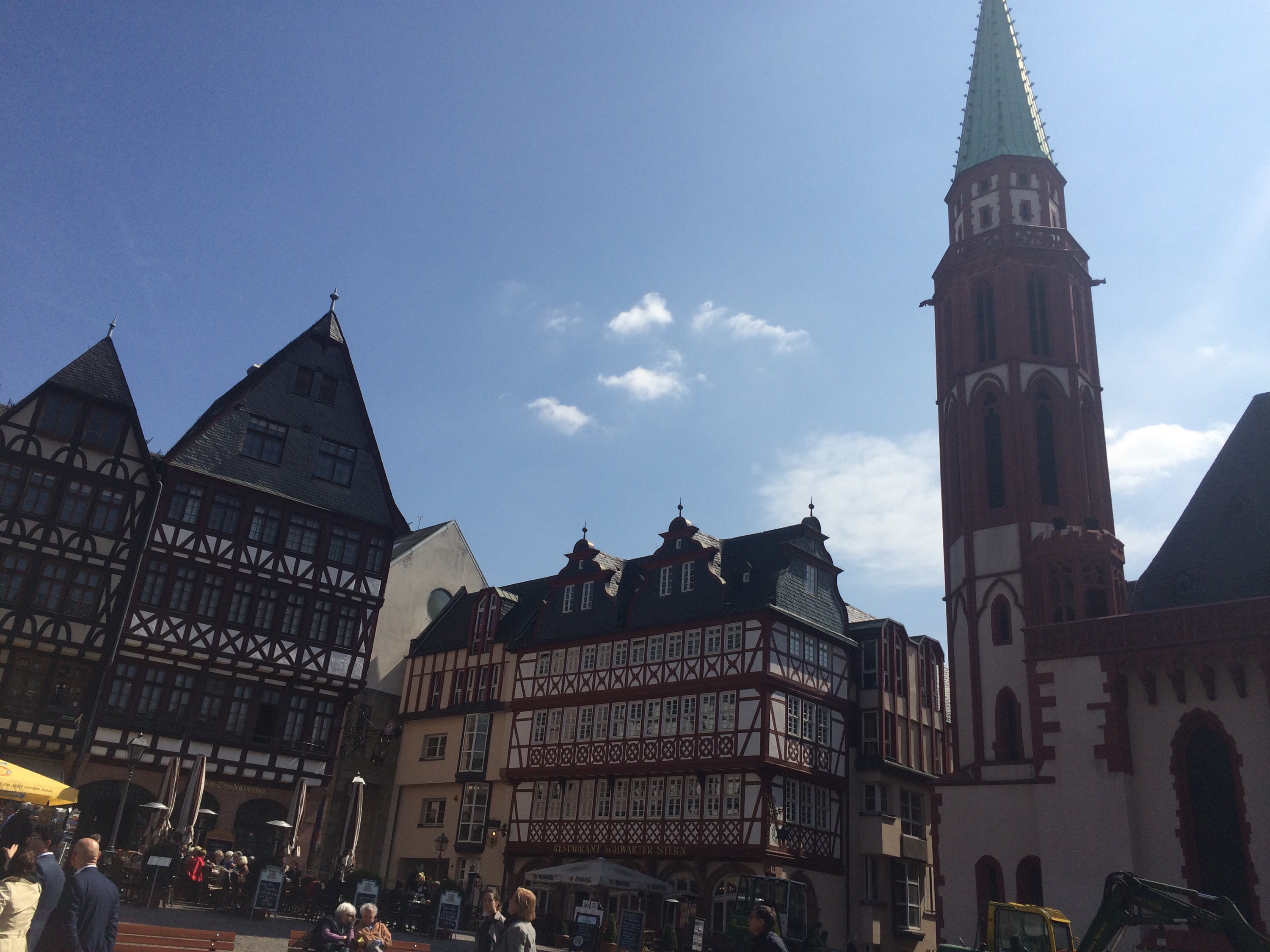 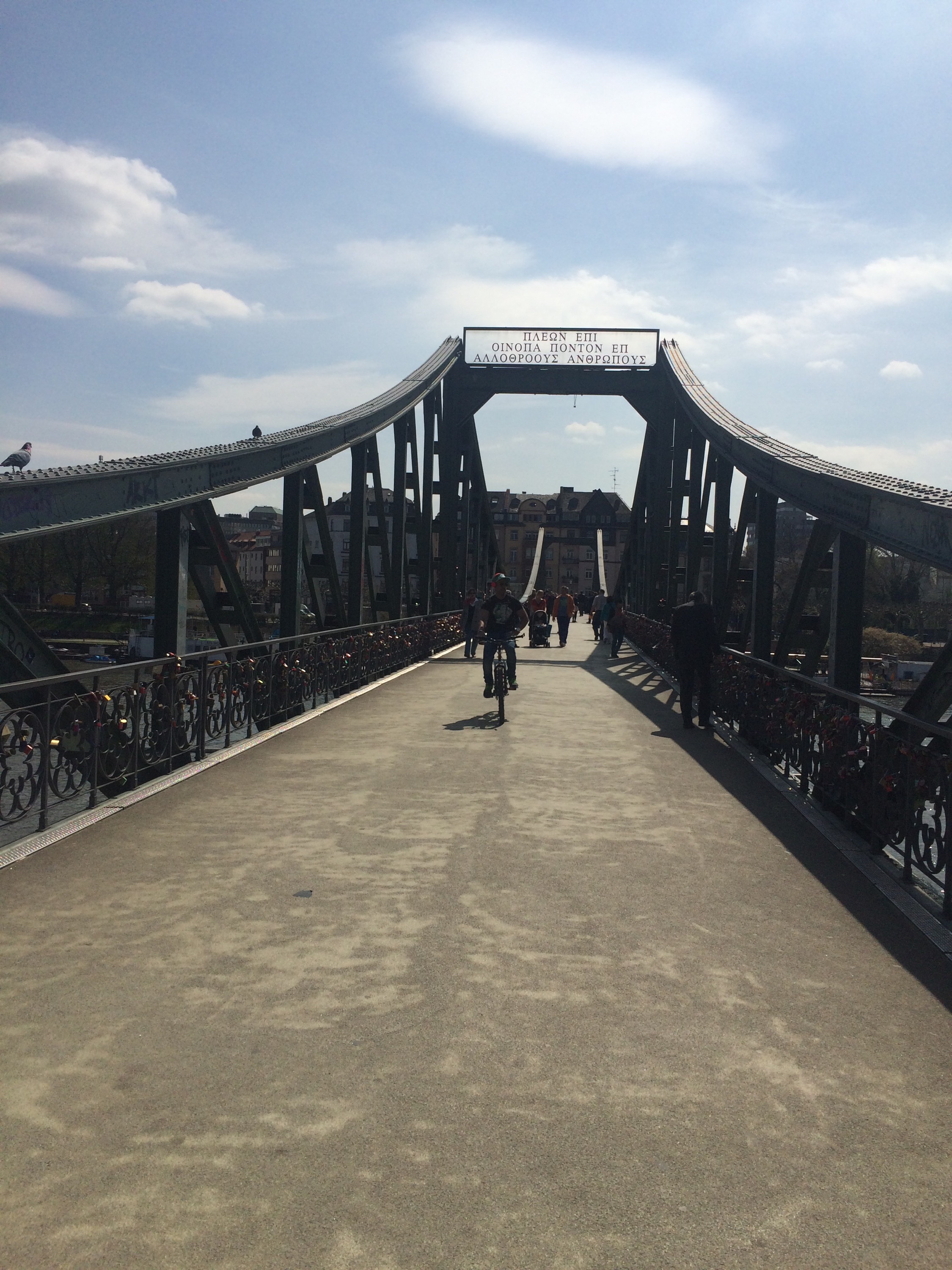 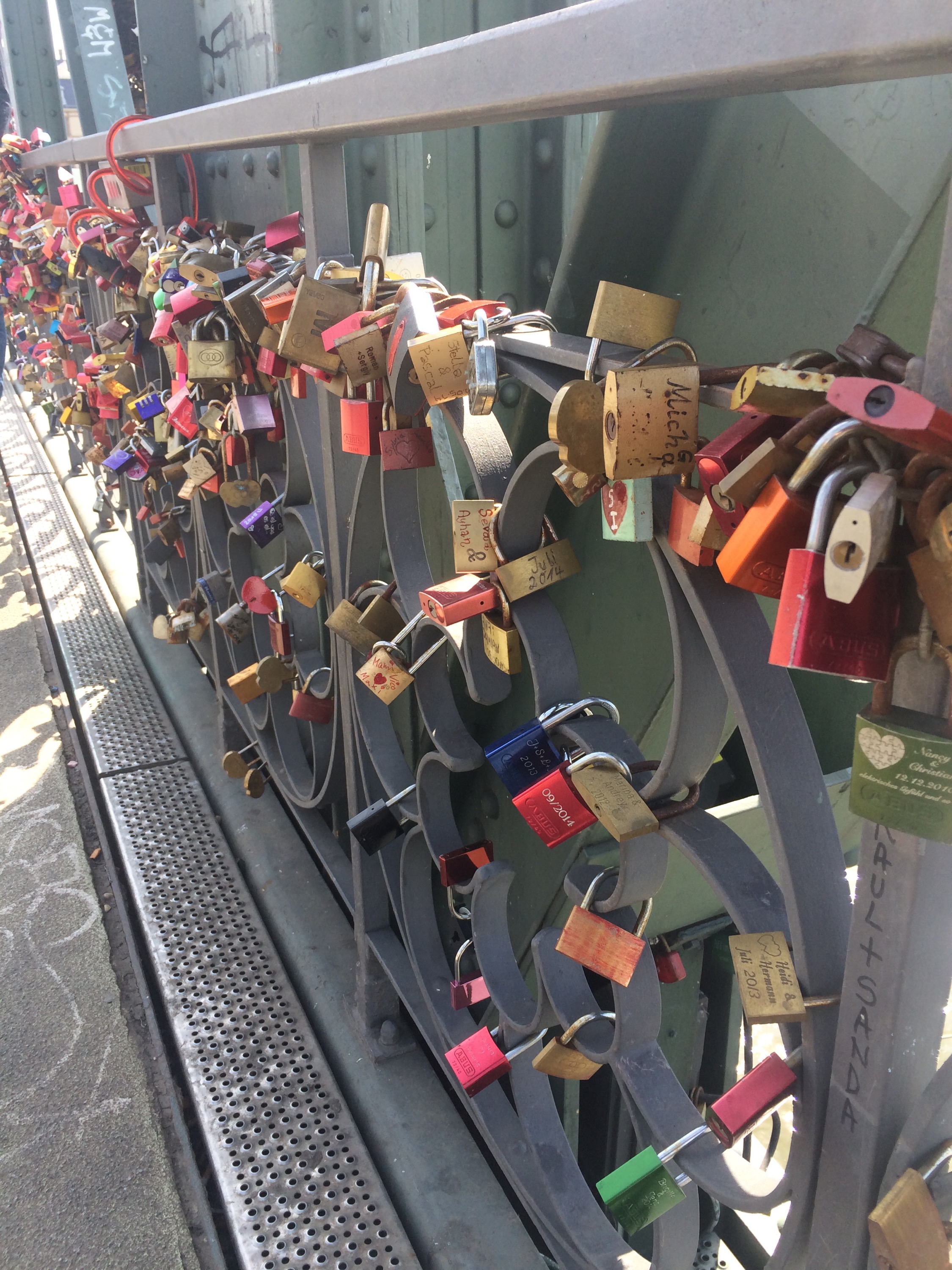 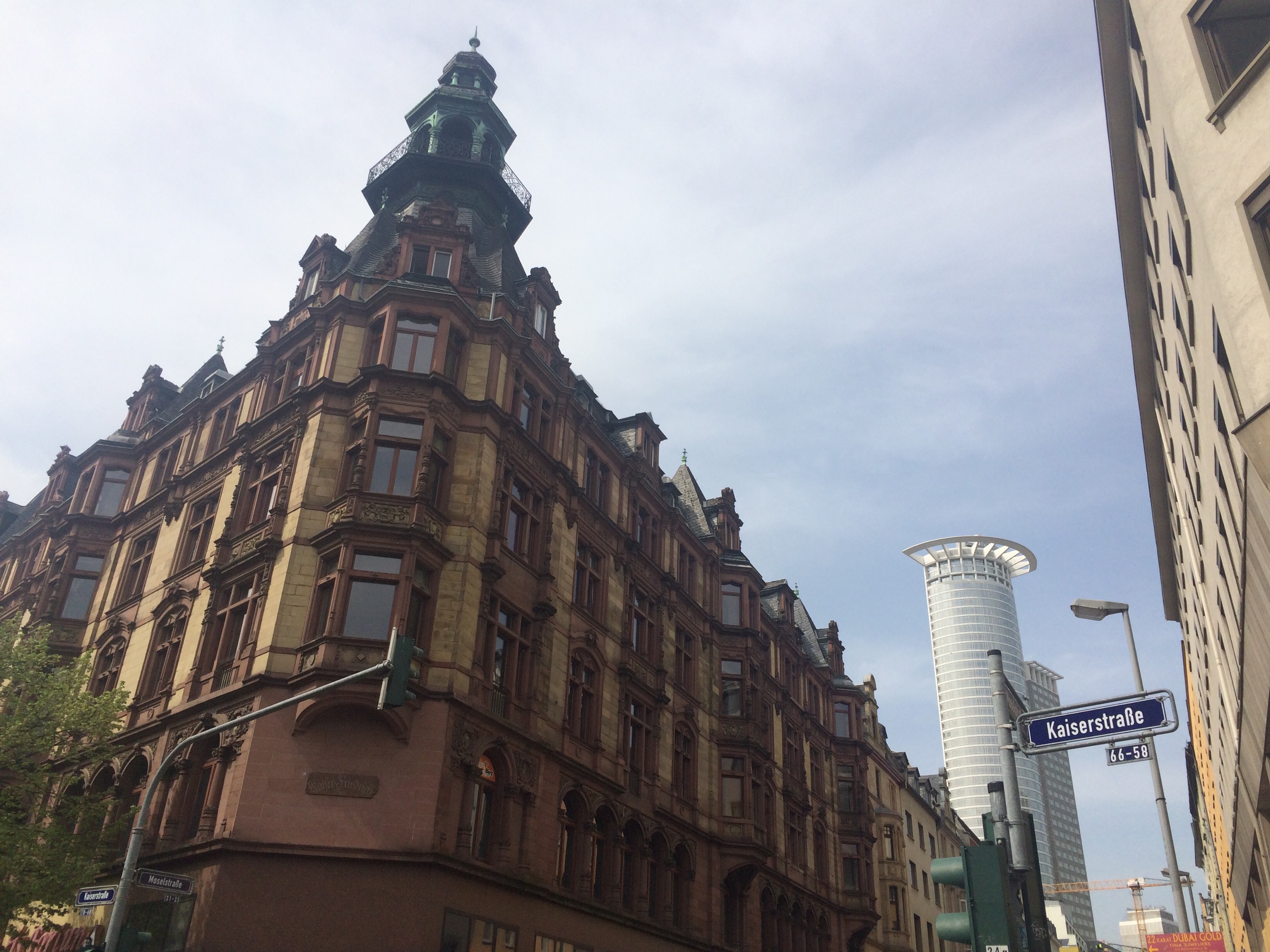 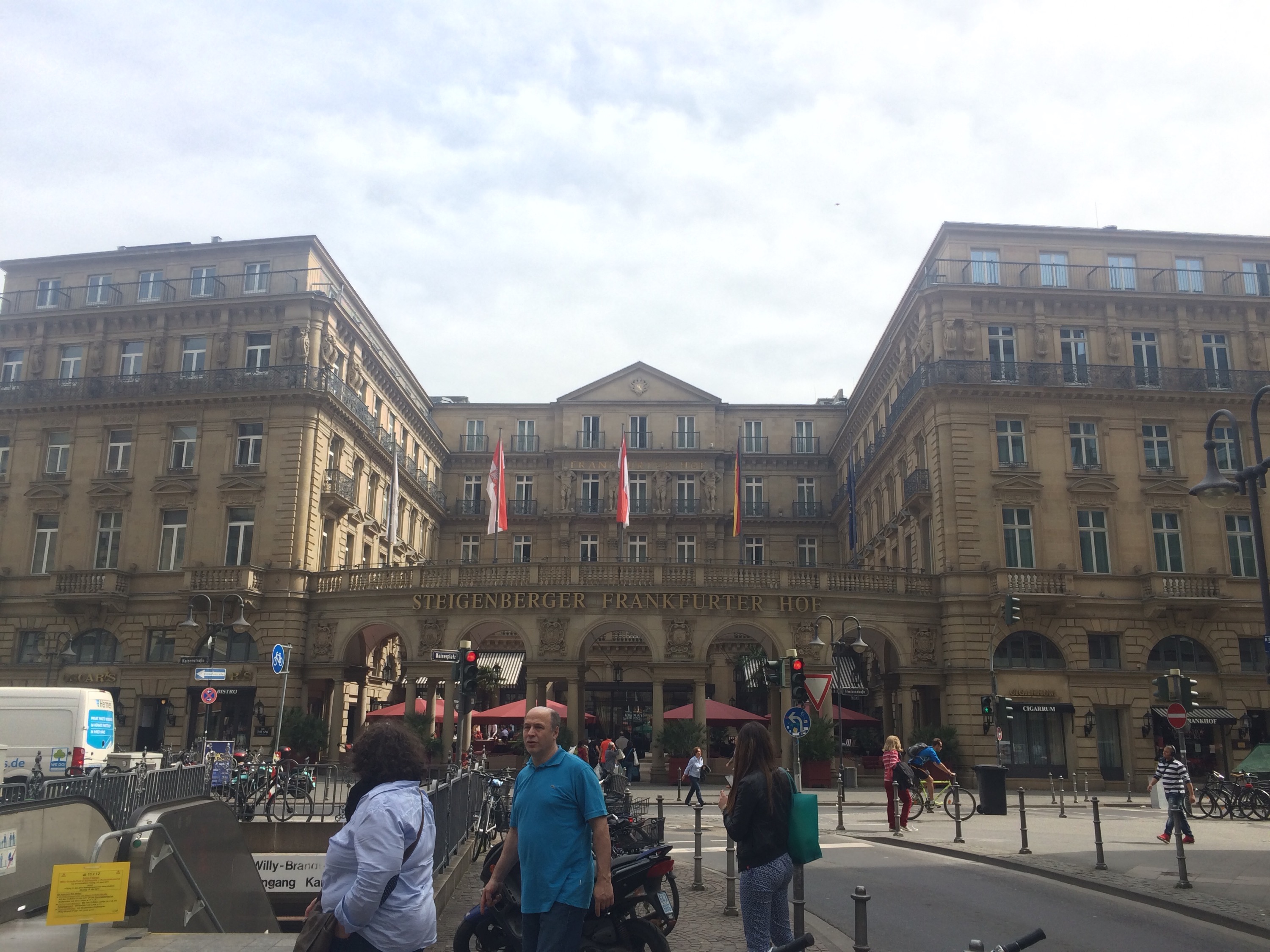 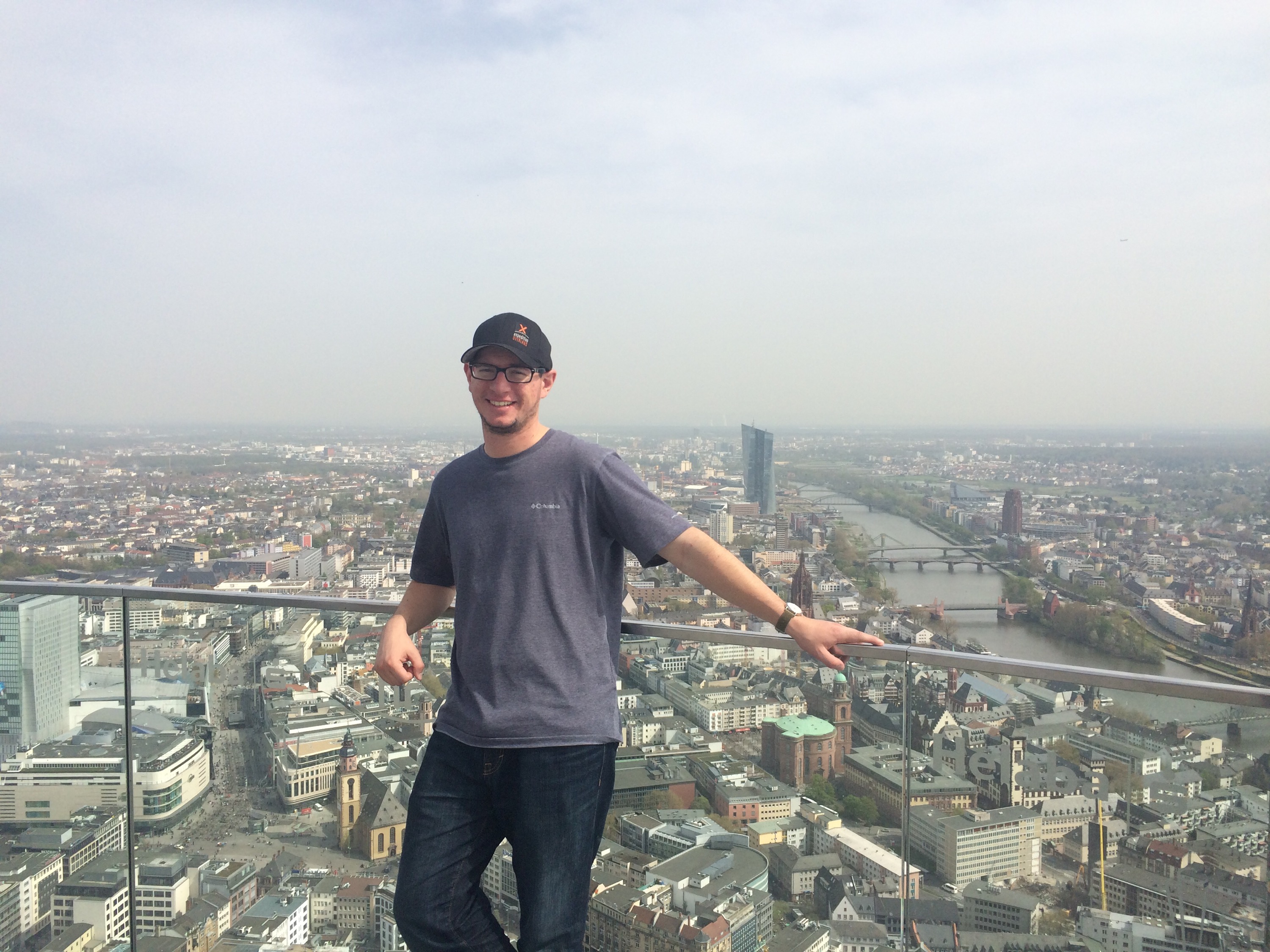 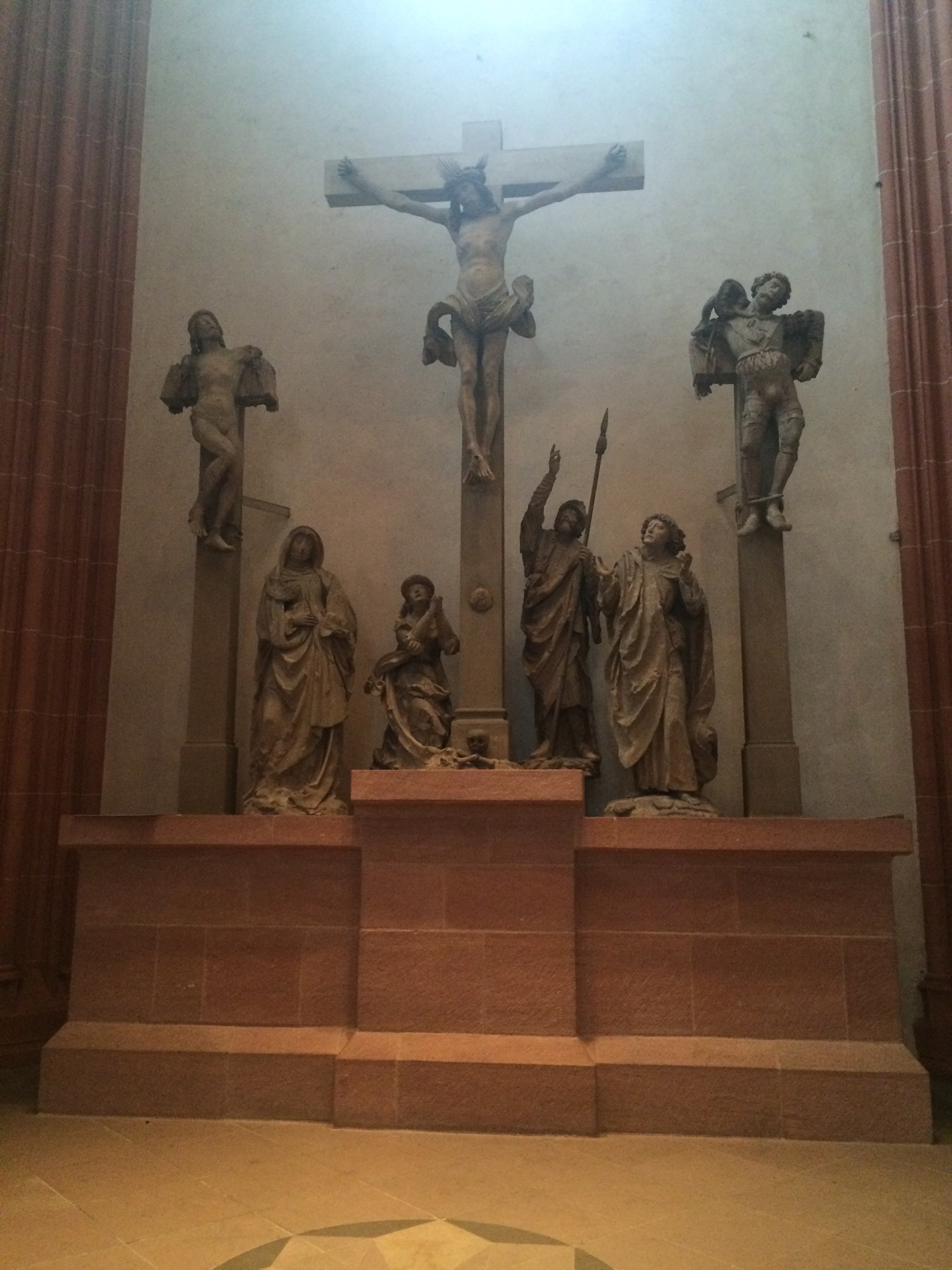 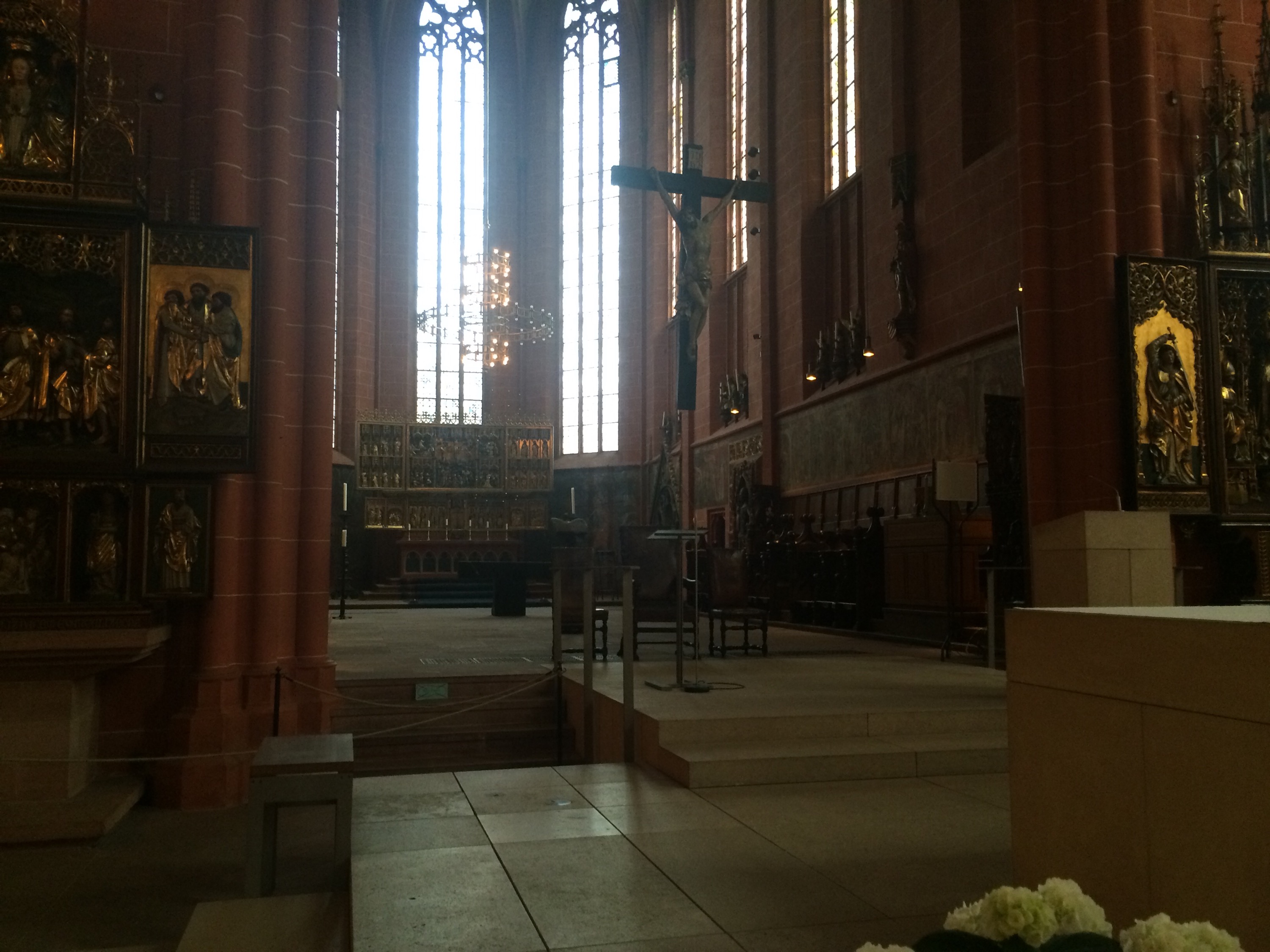 The next day get it own article, it was simply beautiful and a life dream fulfilled! The day after, I was still in a high from the Nurburgring, Ella asked if I could go pick up another couchsurfer that was staying at her place as well. I had to drop off the rental car, so I just went and picked her on the way. Her name was Kaye and she was simply awesome. We spent the rest of day walking around the new the side of the city and even going one the biggest building in Frankfurt. That night, Kaye and I made dinner and dessert for the family being it was my last night there. All of the next day I just relaxed and that night I got everything ready for my next destination, but the goodbyes were really hard for me this time around. I’ve enjoyed my time with the family and Viktoria, I’ll miss them a lot!! 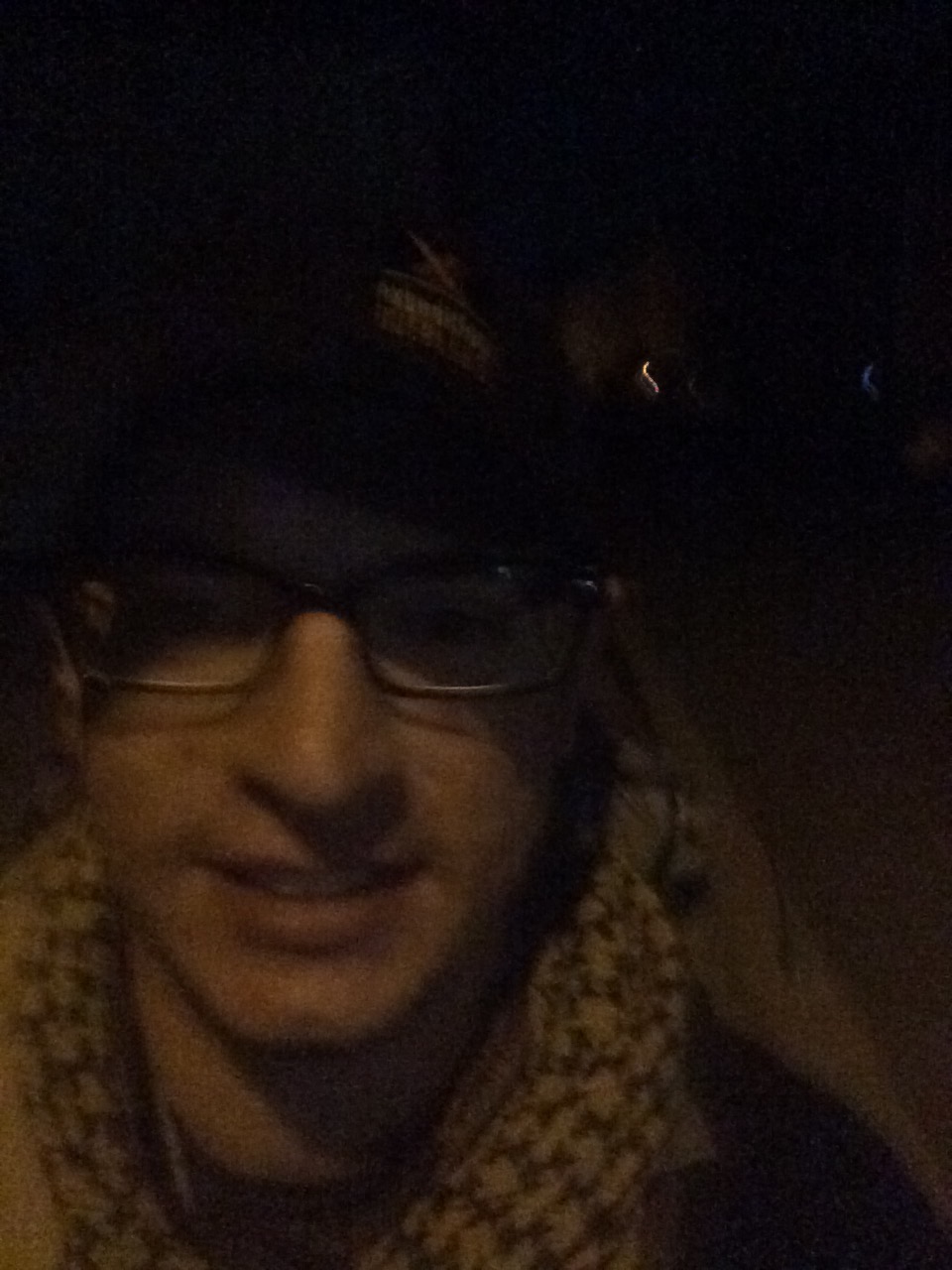