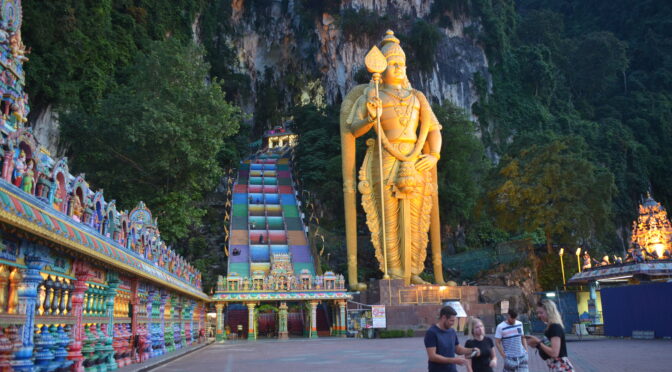 The holidays are my favorite time of year. Families get together and people just seem to care more about each other. It was a great excuse for me to do nice things to people with no sense of weirdness. This year was different with me in a different world and culture. Landing in Malaysia in the first part of December, I knew this was going to be a challenge for me. The worst part was that I was just dealing with some mental issues in Brisbane before jumping on the jet to Asia. But it was a fresh start in Asia where I could hit the reset button and embrace the adventure I was on that was shadowed by my own mind.

Within the first week of being in Malaysia at the hostel, I made great friends. After hanging together with these guys, we made a pack that we would celebrate the holidays together on an island at the very north of the country named Langkawi and I would ride the bike there. They had doubts that I would make it in time, but it was worth a shot.

The first day on the road was one of the wettest I’ve experienced at that point. I was drenched by the end of the first day and had to make my room into giant dryer. Which didn’t really make a difference as I just threw the damp clothes on the next morning and went back into the wet weather. The afternoon came and brought with it the sun. That was actually the last time I got caught in the rain while riding for the next few days and only had to deal with the heat.

The last day on the road started early as I had 55 miles ahead of me before jumping on a train and a ferry to my final destination in Penang. I felt really good that morning and the weather was good all the way to the last 2 miles. A dark cloud eclipse the sun out of nowhere as I stopped to look at the map. I noticed it the train station was close enough to possibly beat the rain that was coming my direction, but I was so wrong. While stopped, I put on my rain jacket just in case and I’m happy I did because big drops slowly fell out of the sky. All of the sudden, what looked to be fog, rushed towards me that turned out the be a wall of water which flooded the road almost immediately. I was now in a river that once was the street and every peddle I took was now splashing in the water. I stopped for a moment cause I couldn’t see out of my glasses anymore and thought maybe I could wait for it to die down. The rain only increased in volume as I sat there so I just rode. The train wasn’t going to wait for me and I was so close.

I finally made it to the train station, completely soaked to the bone. A worker there looked after the bike as I quickly changed into clothes that somehow kept dry during the rain. Actually everything in my bike stayed dry and everything that was wet was quickly dry before the train even arrived.

After that, it was a smooth ride to the hostel where I finally met up with my friends which was very surprised that I made it. We stayed in Penang for a couple days before jumping on another boat to Langkawi island, where we celebrated Christmas and New Years together before going our separate ways. The holidays were very different and not as enjoyable as being with family back home. For what it was, I’m happy I was surrounded by great people that actually cared about me and we all made the best out of all of it.